A high for your portfolio

Investing in the cannabis industry has become an increasingly debated topic since the legalization of the medical, industrial and recreational use of cannabis has accelerated over the last three to five years. Following the lead of Canadian and US competitors, in December 2018, the first European global hemp investment fund has officially launched. Despite the highly attractive industry outlook, investors should be cautious as most companies in the sector are still very young and hence subject to high short-term price volatility.

A reason for the recent cannabis investment hype is that many investors believe some countries might follow the lead of Canada, Uruguay and many US states, which have recently legalized the cultivation and sale of recreational cannabis. While most countries have no restrictions on the use of ‘non-hallucinogenic’ hemp, only few countries have fully legalized all types of cannabis. The number of countries supporting medical applications of the plant is, however, significantly larger. 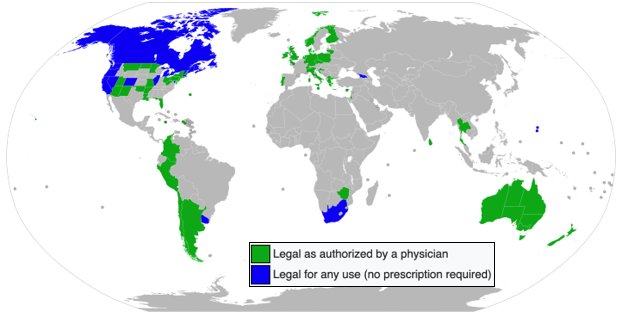 The global legal cannabis market is expected to reach USD 66 billion by the end of 2025, according to a 2018 report by Grand View Research. In comparison, the global alcoholic beverages market is estimated to reach USD 1,684 billion by 2025. However, the cannabis market is anticipated to expand at a CAGR of 23.9%, which is far above most mature industries. The countries with the highest cannabis product sales in 2018 were the US and Canada, followed by Germany and Italy.

When analysing the perception of cannabis in society, one recognises that the support for legalization has been rapidly increasing. According to a Pew Research Center survey of 2018, 62% of US citizens think marijuana should be legal, compared to only 16% in 1990. This tendency holds especially among young people, which, in the long-run, could be an interesting indication for future policy changes.

Given the rapid industry growth and the potential for legalization benefits, it is obvious that investors are interested in participating. To enable convenient investing in a diverse set of cannabis related shares, ‘Horizons Marijuana Life Sciences Index ETF’, the first passive investment fund solely focused on the cannabis industry, launched in Canada in April 2017. In December 2018, the first investment fund located in Europe, ws-hc Fonds – Hanf Industrie Aktien Global, also started investing in the hemp industry.

In contrast to many other funds with a cannabis focus, the German Hanf Industrie Aktien Global is an actively managed fund that does not try to replicate the cannabis industry as a whole, but rather aspires to create an above industry average return by selecting specific shares. The investment universe of the fund is based on about 950 cannabis related companies, mainly located in North America. Only about 250 of these shares are currently large enough to satisfy the funds own demands on trade liquidity. After conducting fundamental analysis on the remaining firms, the fund targets a final equity portfolio of approximately 25-40 entities. The firms invested in are situated alongside the entire hemp value chain, including cultivation, licenses & patents, distribution, research, technology and pharmacy. The top holdings of ws-hc are Aurora Cannabis Inc. (4,84%), Cara Therapeutics (4,63%), GW Pharmaceuticals (4,30%) and Charlottes Web Holding (4,08%).

Many firms in the cannabis industry grew rapidly over the last years. For example, Aurora Cannabis’s share price has increased eight-fold since the beginning of 2016 and almost thirty-fold when comparing the 2016 low with the 2019 high. However, this impressive growth comes at the cost of very high volatility. In general, the companies operating in the cannabis industry are still very young, which makes them a risky investment. While in 2018 share prices were extremely high, over the last few months the market experienced a very strong downwards correction. When looking at the North American Marijuana Index, which is like the Dow Jones but for companies in the North American cannabis industry, one can clearly see the strong price fluctuations.

The Hanf Industrie Aktien Global fund very much reflects the development of the entire industry. However, it still deviates from the market index due to its active management.  While the value of the actively managed fund declined ‘only’ by 35% since its launch in December 2018, the North American Marijuana Index decreased by 46% during the same time-period. 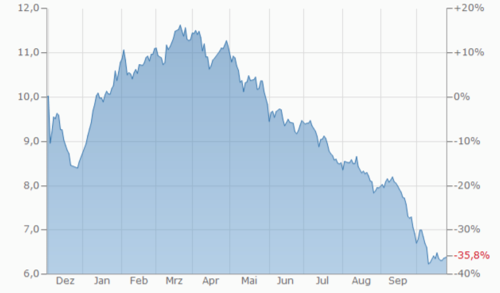 The index development gives the impression that an investment in the cannabis industry might not be attractive at all. However, since the market has just started developing, investors should be prepared to face strong volatility and follow a long-term investment strategy.

Investors considering investing in the cannabis industry via an investment fund should be aware of the key differences among certain types of funds. Firstly, as an active fund, the ws-hc Fonds – Hanf Industrie Aktien Global can have a better return profile than an ETF solution. However, this goes alongside with high management fees of up to 1.65% and high performance fees of up to 20%. An investment in an ETF alternative costs only about 0.75% management fee and has no associated performance fee. Further, the maximum amount invested in a single company can vary significantly among funds and have a strong impact on the investment risk. Finally, there exists no unique definition of which companies are part of the cannabis industry. Hence, some funds might only invest in firms that grow and sell cannabis products, while other funds could have a far larger scope, including also companies whose main business focus is medicine or tobacco.