After the champion of S8 of LOL, what’s the next?

What is the most popular news that occupies recently the free-talk of Chinese? It is IG (Invictus Gaming)—the champion of S8 of LOL, the first mainland Chinese team that won the League of Legends World Championship. Actually, nowadays there is no other industry other than E-sports can attract such attention. Based on analysis from Goldman Sachs, E-sports industry attracts 170m audience per month and can keep double digit growth rate in the next five years, indicating promising future. Meanwhile, China plays a crucial role in this game. It is time to know more about this industry.

The rules in E-sports industry

With the increasing audience, advertisement, sponsorship are the major sources of the exponential growth of E-sports industry. Specifically, the revenue of advertisement comprises of nearly half of the total revenue and sponsorship makes one fourth of the total market share. The audience mainly engage in online content. According to Nelson, the audience that watch online content is comprised of 80% of total E-sports audience. Meanwhile, Goldman Sachs pointed out that the live streaming platforms, the distribution platform for content, such as Twitch, Youtube, Douyu have become more mature. In detail, on the live streaming platforms, advertisements, subscriptions and user contributions are major income for anchors. The anchors have agreements with platforms to earn proportion of the income from the above sources. Audience in this industry won’t be strange to user contribution (e.g the Bits on Twitch), with the annual growth rate at 26% globally. In the foreseeable future, user contribution is still the core part to realize the value of the E-sports industry. As for the future, with the development of IP and systematic competition, the weight of media right of total revenue in E-sports industry will increase sharply from 14% to 40%. 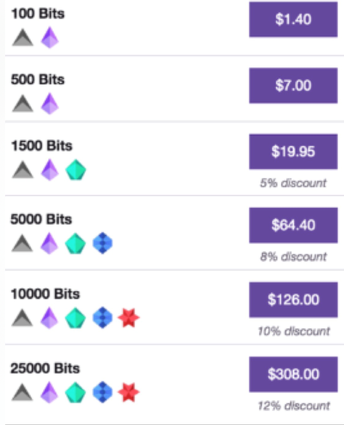 In China, E-sports industry just stepped into a new era. The industry was recognized officially and attracted tons of capital into this industry. According to PriceWaterhouseCooper, E-sports industry is the most promising industry in terms of growth. For sponsorship and advertisement, the traditional Chinese sports brand—LiNing announced the partnership with EDG, a club which has the most championships in China. Meanwhile, Nike just signed with Uzi, the super-star of another LOL Chinese team—RNG. For Chinese E-sports industry, you can’t bypass the most two famous names: Sicong Wang and Tencent. Wang is the son of the one of richest man in China and now the boss of IG. To some extent, the biggest winner of the champion of IG is not the team itself, but Wang. Actually, Wang is an online celebrity in China, and the most-viewed picture on Chinese social media is one in which he ate a hotdog in the scene. It is said that the participation of Wang is the source of the development of Chinese E-sports industry. In 2012, Wang took over a club called CMM which was on the edge of bankruptcy and renamed it as IG. As the son of the richest man in China, WANG just used the oldest but the most effective way to change the landscape of Chinese E-sports industry—money—to improve the living standard of professional E-sports players. The attention on Wang actually drew the tremendous capital into this industry. Not only he integrated a new club, but with the other owners of clubs, Wang established the industry association—ACE League--- to regulate clubs. As his father, Wang tried to construct an E-sports kingdom: he established the third largest live streaming platform in China—Panda TV, and invested in several gaming companies—3 of them went public in 2 years. Generally speaking, Wang created an ecosystem of the E-sports industry—IG club, Panda TV just integrated the middle and bottom streams of the whole system and the invested companies (e.g. Hero Games) just provide the upstream of the industry—the content. However, after four years’ glory, some serious problems emerged. The most important part of the whole ecosystem is the upstream—the content—while the invested companies did not meet the market expectation. Meanwhile, the operation of ACE League encountered the confidence disaster, deteriorating its authority in the industry. We can conclude that Wang is not strong enough to consistently impose deterministic impact on the whole industry. Then another name should be on the stage—Tencent.
Tencent acquired the producer of LOL, which is the most influential game all over the world. Through LOL, Tencent established a well-ordered ecosystem: many clubs with capital from J.D, Sunnig(some big brands in China) became the members of the whole system. More importantly, for the most important part—the game itself—Tencent has its famous “internal competition system” and the strong acquiring power to gain the dominance in the upstream industry. For example, Tencent introduced d the most popular ever MOBA (actually this game was derived from LOL) mobile game in China—Arena of Valor. The game even owns its E-sports League—KPL, with the sponsorship from Under Armour. For live streaming platforms, Tencent invested in the biggest two platforms in China—Douyu and Huya with 1.1b USD and these two platforms have been listed on Nasdaq. In the way, Tencent just realized the construction of its own ecosystem.

However, E-sports industry is a cyclical industry, with fast-changing target audience. It is impossible to overlook the aging of some influential games. Specifically, LOL has been a hit for more than a decade and you can hear the comment “LOL is dying” many times. For Arena of Valor, after it peaked in 2017, its popularity has decreased, which can be demonstrated by the faster introduction of new characters and the decorations of those characters. Meanwhile, based on the research from BigData-Research, until June, 2018, the growth rate of the users of Chinese living stream has slowed. The share price of Huya just dropped from the peak 50USD to the lowest 16 USD. For the representative of E-sports equipment provider—Razer, the share price has decreased from 5.49HKD to 1.7 HKD now. The market just transformed from the incremental market to stock market. Lastyly, even though the champion of IG can stimulate the market for while (just as the previous case, the shiny performance of T12 DOTA of Chinese players bought them into living stream platform and gave huge rise to this industry), we still need to wait to see the afterwards reaction from the market.

Generally speaking, even though E-sports industry may encounter problems, this industry is still full of opportunities in China. We are looking forward to seeing even more similar stories in this sector.