An alternative to traditional government bonds: the rise of foreign investments in high-yield China

​FTSE Russell has recently claimed that starting from October 2021, Chinese sovereign bonds will be included in the World Government Bond Index (WGBI). The same has been done by JP Morgan Chase and Bloomberg Barclays, which had preceded FTSE Russell in adding Chinese Renminbi bonds in their respective benchmarks, a move that highlights the increasing foreign attraction into the market. The inclusion has been made possible through reforms in terms of liquidity, execution flexibility and settlement of transactions, which had caused the rejection by the index compiler owned by the London Stock Exchange Group a year ago.

Chinese government bonds currently trade at 2.6%, 3.2% and 3.9% respectively for 1-year, 10-year and 30-year maturities: these rates place the Asian securities between the high yield ones, regardless of its A+ rating. The safety, liquidity and returns characteristics have indeed attracted foreign investors. When considering the 10-year maturity bonds, the US offers a return of 0.8%, while Japan offers just 0% and Germany’s yield has even turned negative (-0.6%).  However, the significant spread is not offset by instability or volatility in the country, that is why China is drawing copious inflows of money.

Chinese Yield Curve compared with USA, Japan and Germany (Source: FACTSET)
​
During recessions, sovereign bonds are generally recognized as a safe instrument, and it is crucial to analyze whether Chinese government bonds could be considered as a hedging tool in case of shocks. The weekly correlation over 10 years between the US and Chinese 10Y bonds is positive (0.65), which underlines that they move in the same direction.

Concerning its link with equities, as the economy was globally hit by the Coronavirus pandemic in April, the 10-year sovereign bond had reached its lowest point in more than a decade, 0.5% less than its usual rate, which led to higher bond values.  In a period where the stock market and riskier securities were dropping, Chinese government bonds provided a safer but still more remunerative investment, compared with other countries. 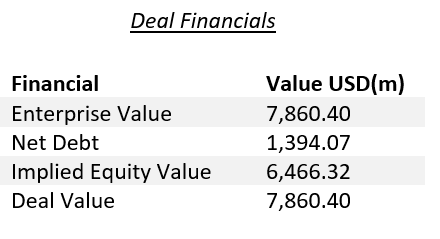 10Y Chinese government bonds between Q4-19 and Q3-20 (Source: FACTSET)
​Another suggestion of Chinese bond market internationalization is the record demand for dollar-denominated debt which was directly sold to foreign investors in October. $6 billion were raised with orders that exceed $27 billion, $10 more than what had been requested in 2019 for the same size of demanded capital. Even if tensions between the United States and China are significant, American investors are pulled by yields. Indeed, bonds offered coupons of 0.4% (3Y), 0.55% (5Y), 1.20% (10Y) and 2.25% (30Y). When considering the 10-year maturity, the difference between the Chinese bond and the US Treasury exceeds 0.5%.

The Chinese market is not considered a standard emerging one, as are India and Russia, which are not experiencing a significant inflow of foreign capital. The rationale lies in the stability of Beijing that has been proved by the recent trends after the Coronavirus pandemic. China has been the first country severely affected, but the restrictive measures and the subsequent stimuli allowed to overcome the crisis faster than the rest of the world, which is instead suffering a fragile recovery or even a recession. Projections made by the World Bank show a global decrease in GDP by 5.2% in 2020, while China is expected to grow by 1.6%. These figures have drawn the attention of foreign investors, which seek solidity in a period of uncertainty.

The share of foreign ownership in government bonds is constantly and rapidly increasing. In the second quarter of 2020 foreign holdings have exceeded 4.3 trillion yuan, which corresponds to $619 billion. In the same time frame in 2017, foreign inflows had been less than 1.4 trillion yuan. This surge is partly due to the loosening of controls and the opening of the market to the rest of the world, but the People’s Bank of China is also responsible for this recent appeal. Analysts bet that the Central Bank will continue to cut interest rates shortly, with a gradual approach different from the Federal Reserve or the European Central Bank. Liquidity will be provided, and the economy stimulated, with a consequent effect on yields and bond prices.

To conclude, Chinese government bonds are becoming a viable instrument in portfolios: they provide high yields and projections show that their price could increase following stimuli in the economy as part of recovery. The country is opening up to the rest of the world through reforms and regulations, and the recent inclusion in major indices will speed up the process.