Angola is the seventh-largest country in Africa, it has around 24 million inhabitants and it is a presidential constitutional republic with president João Lourenço. Its capital and largest city is Luanda.
Angola has the fastest-growing economy in Africa and one of the fastest-growing in the world with an average GDP growth of 20% between 2005 and 2007. In the period 2001–10, Angola had the world's highest annual average GDP growth, at 11.1%. However, the standard of living remains low for most of the population, and life expectancy in Angola is among the lowest in the world, while infant mortality is among the highest. Angola's economic growth is uneven, with most of the nation's wealth concentrated in a small sector of the population.
Angola has vast minerals (such as diamonds and gold) and petroleum reserves and The Economist reported that diamonds and oil make up 60% of Angola's economy.

Given the importance in its economy, any change in oil price can have a huge impact on Angola’s economy. This is exactly what happened when in 2014 the price of oil collapsed. From then on, Angola entered a period of economic crisis and the local currency, Kwanza, lost more than 200% against dollar. 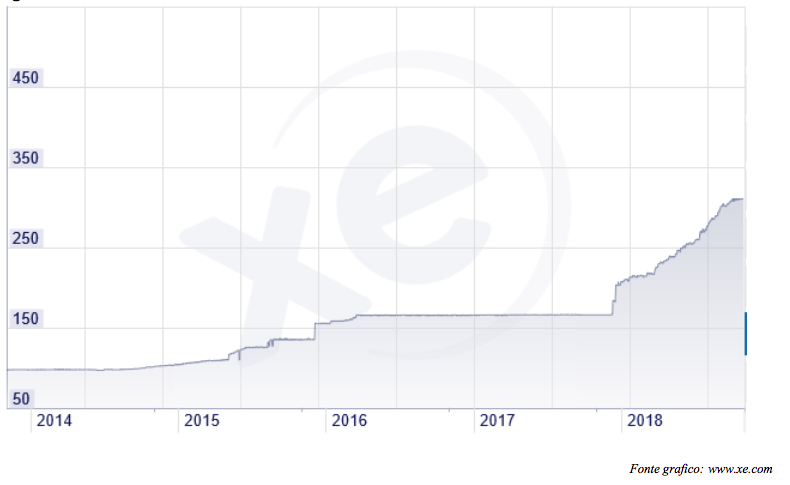 Countries as Angola and other African states, are now still in a deep crisis characterized by a depreciation of the prices of raw materials and oil and, due to this situation, the default risk is not so far.
In the “oil boom” era, under Dos Santos president, Angola had a florid period but also spent millions of dollars to build infrastructures and to foster the economic growth of the country still battered by decades of civil war.
The big depreciation on raw materials prices obliged Angola to enter the debt capital market and to issue new bonds in dollars in order to finance the public spent. However, interest rates are very high and contribute to indebtedness of the country. Rating agencies, in turn, lower the valuation of Angola and so interest rates go up again and the debt increases. Angola is in a vortex which is difficult to leave from and if they don’t, default, what everyone is afraid of, is right around the corner.
Angola has to do something and this something could be an economy diversifying policy, reducing the correlation with the raw materials and betting of local manufacturing and industrialization. At the same time international investors should look at opportunities, defined <<wonderful opportunities>> (such as agriculture) arising from low prices of raw materials.

Many foreign companies have not been paid because immediately after the beginning of the crisis Angola’s government forbad the cash-out of foreign currencies from Angola, which means that they have also suspended the convertibility. This caused that more than 200 companies left the country in the last 4 years and, in turn, scares investors who are not willing to invest in Angola anymore. The only company that remained are the ones which have very high credits against the government. These credits are not sellable because the government did not release any formal declaration or receipt. Furthermore, the payment will probably occur in bonds which do not have any foreign market and the only interested in buying them are banks which are willing to buy at a 12.5% discount. On December 1st the currency exchange dollar/kwanza reached 310, which is the historical peak and it is equal to the off the books exchange fostered by the government in the last four years. The National Bank of Angola is now looking for a solution to export assets.

A recovery of Angola’s economy in conceivable because the country is very interesting from the point of view of possible investments. However, the country will start running again only when new regulations about capital exports will made and interest rates will become competitive again.