Apple, the most valuable company in the world, just last week held its famous Keynote, releasing the iPhone SE and the new iPad Pro. Before the Keynote Apple stocks were trading at $106 and now, while I am writing they are trading at around $105. You would probably think that speculation has a part on Apple stock price but in reality investors are worried about Apple growth perspectives. The iPhone 5C, which should have boost growth in China was a failure and Apple removed it from the market just 1 year after its release. iPad sales are also declining, from 26 million units in the first quarter of 2014 to 16 million units in the first quarter of this year. 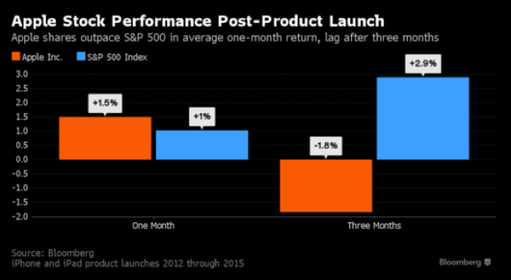 Investors are really worried about growth and as a result Apple is trading with a P/E ratio of 10. To me, it seems a bit too conservative, companies such as Google, Facebook are trading with a P/E ratio respectively of 31 and 87. Just as a comparison Apple is trading at a P/E ratio similar to that of automakers. As for all Tech companies in the world, investors care about growth and Apple recent moves could seem more defensive and conservative rather than disruptive, as to indicate that Apple growth is going to and end. 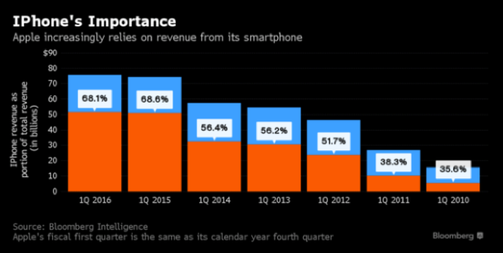 However, I do believe that Apple has still a lot of room to grow. It just released the a new iPhone, the iPhone SE, which is strategically really important, indeed, most of IOS users are still using the iPhone 5 or 5S which they prefer for the smaller 4 inches screen and the longer battery life. Apple has also set a very low price for its newest iPhone ($399) and along with its 12MP camera and touch ID it would be of great appeal for most iPhone 5 and 5S lovers. On the other hand, the Apple Watch, whereas it is the first wearable product made in Cupertino, is selling pretty decently; just in Nov 2015 it surpassed 7 million units sold. In addition to that, Apple, which has become hugely diversified, is also strongly focused on TV services and Apple TV has more than 5000 apps. 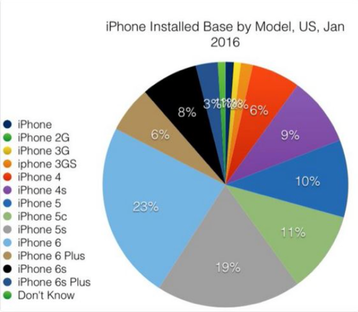 If I ask you this question: would you rather go long or short on Apple stocks?

I am pretty sure that even if you are answering “short” you are probably using a MacBook, an iPhone, an iPad or at least you have got another Apple product in your home.

Apple is now $27 dollars below its highest price reached on May 2015, it has a solid customer base for the iPhone, it is still producing the first generation of Apple Watch and still selling a Mac book Air with no retina display. Apple Music, Apple TV, and the rumoured Apple Drone and Apple Car are just few of the services or products that the company in Cupertino might have already implemented. Proven to be the most innovative company in the world, the company that was able to reinvent the concepts of smartphone and computer, would you really go short on Apple stocks?