Brace yourselves for the Tech IPO year
​

​Tech stocks, and in particular American ones, have just started a timid recovery after they almost burned all the gains of an until-then incredible year, last month.
The high volatility seemed to have suddenly reminded investors of the intrinsic risk of the sector and maybe of some too generous valuations, but it might turn out to be only a very strong correction paving the way for another rally in the end of the year.
In this case, 2019 will definitely be very interesting. While wondering whether prices are going to climb any further, investors will also face a flood of tech mega-listings. Actually, next year is likely to become the most prolific one in the century in terms of number of tech companies going public, even better than 2015.
​ 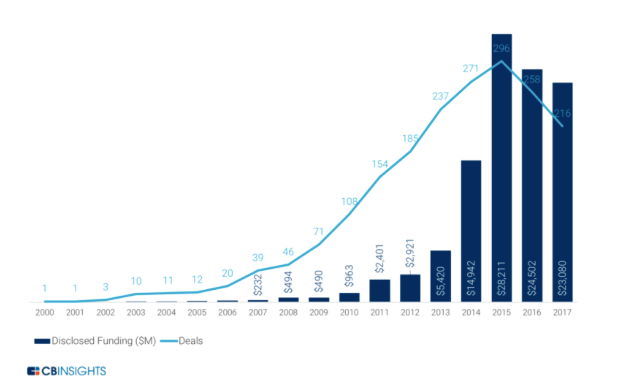 ​In a bullish market, all these IPOs are likely to reach bewildering and (maybe) scarcely-credible valuations.
A good example, coming from a different sector with equal innovation potential, is the recent IPO of Guardant Health. Its liquid biopsy system is making it possible to analyse cancer tissue with a simple blood test to match it with the most effective therapy, while it could be also consistently applied to early detection of cancer in the future. On October 4, the company raised $237,5 million and by the end of the day shares had popped almost 70% from the 19$ per share of the offering. Share price is now slightly under 40$.
In the fintech sector, credit should be given to the successful IPO of AGM Group, which provides financial technology services to brokers and institutional clients in China. After going public on April 18, at $5.75 per share, the AGM stock price skyrocketed 525% to the current $40.

IPOs planned for 2019 are expected to be as successful as the ones above, starting with the most highly anticipated one: Uber Technologies Inc.
After its most recent fundraising round in August, the ride-hailing company was valued at $76bn, nothing if compared to the $120bn valuation delivered by reports from Goldman Sachs and Morgan Stanley just 2 months ago.
This impressive figure – three times the capitalization of Ford- should be taken with a grain of salt if you go through the latest financial statements. In the three months to September, Uber registered losses of $1.07bn, 20% more than the previous quarter. Since its foundation in March 2009, the San Francisco-based firm has never reported a profit and also growth perspectives look quite dark, with bookings growing single digits for the third quarter in a row.
On the other hand, Adjusted EBITDA loss was down 13% year-on-year, standing at $527 million, which provides investors with some timid hints of business consolidation.
Moreover, the company keeps expanding into food delivery, freight hauling and electric scooters and bikes- this year it acquired the e-scooter start up Jump for $200 million. Meanwhile, it is also heavily investing in high potential markets like Middle East and India, where it could find fierce competition from local competitors like Ola.

While Uber's strategy seems to be about diversifying its activities, its biggest American competitor, Lyft, seems to be only focusing on its core ride-hailing services in the mobility segment and it is yet to venture outside the US.
Apart from fighting for market shares in the cab-riding space, Uber and Lyft have started competing in the e-bike sector with the latter acquiring Motivate- one of the most significant bike-sharing networks in the US.
Valued at $15 billion after raising $600 million this year, Lyft’s third-quarter losses grew to $254 million from $195 million a year earlier, according to the Wall Street Journal (company financials are not public).
Still, partly thanks to the big impact of "#deleteUber" campaign, Lyft sales jumped, raising to $563 million from last year’s $300 million.
Despite not having the same big numbers and diversification as compared with Uber, this could turn out to be its biggest strength when it comes to translate growth into profit on the income statement.

Moving on to a completely different -but still tech-related- industry, it is worth considering Palantir’s alleged plan to go public in the second half of 2019.
Co-founded in 2003 by current CEO Alex Carp and 4 others among whom Peter Thiel (already co-founder of PayPal), the company facilitates the use of complex data for its clients, including multiple US agencies, and is known for its super-secretive data work.
The company is in talks with Credit Suisse and Morgan Stanley regarding the deal, and some bankers have floated the possibility of hitting a $41 billion valuation, which is twice the size of the valuation occurred after its last funding round in 2015.

At the same time, Brian Chesky, Airbnb CEO, stated his plans to go public before 2020. The arrival of Dave Stephenson as CFO in January, following his experience as Vice Chairman and CFO of Amazon’s Worldwide Consumer Organization, looks like an important step in that direction.
The company is finally giving the public a taste of its revenue for the first time since its foundation, saying it reported “substantially more” than $1bn in revenue in the third quarter. Moreover, according to people close to the company, Airbnb is on track to be profitable for the second year in a row.
The home-sharing start-up was valued around $30bn, but this figure could suffer from the many legal actions taken by tourist hotspots like Paris, Amsterdam, New York, Berlin and Barcelona, accusing the company of unfair competition and tax avoidance.

Other interesting companies heading for IPO in 2019 are Slack, messaging app valued $7.1bn this summer, and Instacart, grocery delivery company that only one year ago was threatened to be crushed by Amazon’s acquisition of Whole Food and has recently announced a $600 million funding round that valued it at $7.6bn.

Add to this group Pinterest, social media giant which is approaching $1bn in advertising revenue and is valued between $13 billion and $15 billion on the secondary market, and you will have plenty of investing opportunities to think about as 2018 comes to an end.