CBS and Viacom to merge again in a $12 billion deal

​On August 13, 2019, CBS and Viacom, which used to be the same company, but got split apart years ago, agreed to recombine in an all-stock merger, in order to be able to compete with the biggest players, such as Apple, AT&T and Disney, which in turn are all engaged in the TV streaming war against the $123 bn market cap giant Netflix. The resulting $47 bn entity will be called ViacomCBS and will have more than $28 bn in combined annual revenues. Moreover, it is expected to deliver about $500m in annualized savings through synergies within 12 and 24 months after the transaction is closed. 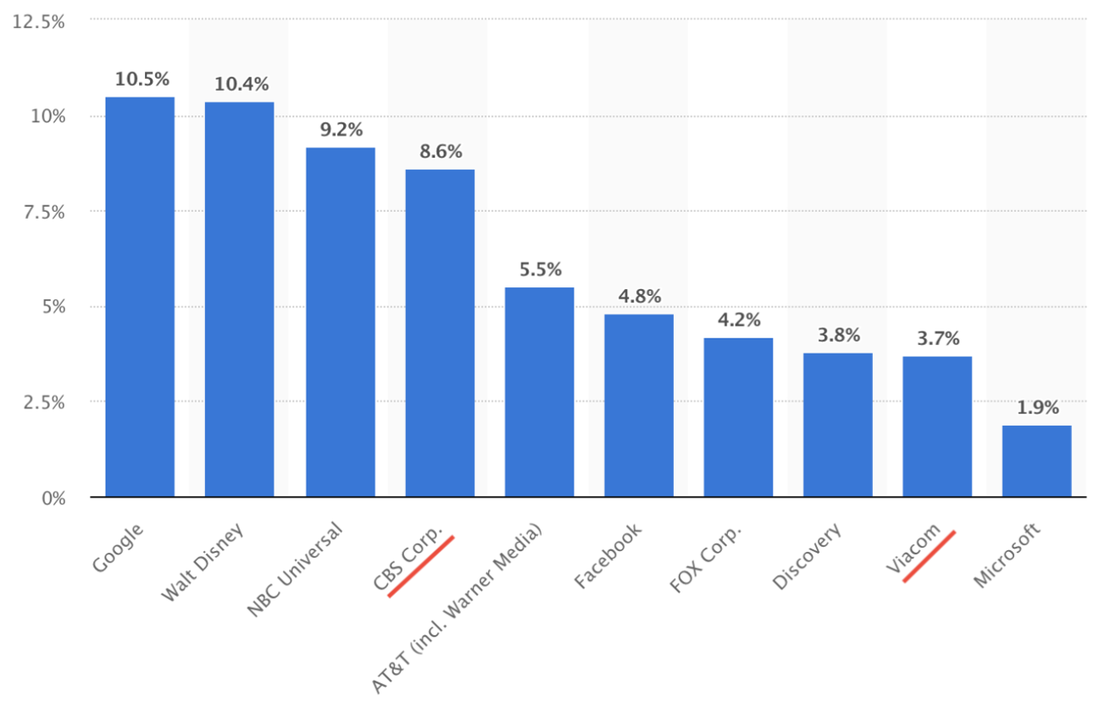 Figure 1: Leading media owners in the United States between January and April 2019 - Source: Statista.com
​About Viacom:
​Created in 1971 and headquartered in New York, Viacom Inc. is one of the largest and most renowned communications and media conglomerates in the US, with recorded revenues of $12.9 bn and assets worth $23.2 bn in 2018. Its services reach roughly 700 million households in over 160 countries.

Historically, Viacom was formed as a spin-off of the original Viacom on December 31, 2005. It is one of the two companies which succeeded the original Viacom, alongside CBS Corporation. Both are owned by National Amusements, a theatre company controlled by businessman Sumner Redstone. The spin-off was structured so that CBS would be the legal
successor to the old Viacom, with the new Viacom becoming a completely new company. The aim of the spin-off was to allow high-growth businesses (e.g. MTV and BET networks) to flourish following an infusion of new capital for future acquisitions and expansions.

Viacom operates through two primary segments: Filmed Entertainment and Media Networks. The former is mainly focused on the production, acquisition and distribution of films and television programs under the Paramount Pictures - the main driver of Viacom’s profitability -, Nickelodeon Movies and MTV Films - which are exhibited in theatres, sold for home entertainment, and licensed to television and digital platforms. On the other hand, the Media Networks segment is involved in the supply of entertainment content and related branded products through online platforms and more than 300 television channels, the most famous of which are Nickelodeon, MTV and Comedy Central.

About CBS:
CBS Corporation is a mass media company, founded in 1986 and headquartered in New York, that creates and distributes industry-leading content across a variety of platforms to audiences around the world. The company operates mainly in four segments: Publishing, Cable Networks, Entertainment and Local Media. The Publishing segment is focused on distributing consumers books in printed, digital and audio formats. The Cable Networks segment offers subscription program services, such as films, original series, sports-related programs and documentaries. The Entertainment segment, on the one hand, is active in the production, acquisition and distribution of a schedule of news, public affairs, sports and TV series and, on the other hand, it also operates online content networks for both information and entertainment. Lastly, the Local Media segment owns 29 broadcast television stations and operates local websites, including content from its television stations.

Deal Structure:
On August 13, 2019, CBS and Viacom agreed to recombine in an all-stock merger, reassembling the two parts of a historic media empire, with the aim of being able to compete in an entertainment industry that has been upended by Netflix. The two companies agreed to convert each Viacom share into 0.59625 shares of CBS, valuing Viacom at about $12 bn, which means $28.8 per share. CBS shareholders will control about 61% of the combined group, renamed Viacom CBS, with the remaining 39% to Viacom (percentages calculated on a fully diluted basis of shares). The resulting $47 bn entity will have more than $28 bn in combined annual revenues, and is expected to deliver about $500 m in annualized savings through synergies within 12 and 24 months after the transaction is closed.  The entire merging process is still subject to regulatory approval and other closing conditions. It’s expected to close definitely by the end of 2019.

Deal Rationale:
The combined company brings together the most-watched US broadcast television channel with the owner of the Paramount Pictures film studio and a portfolio of cable channels.

The idea is that CBS and Viacom, that used to be the same company, but got split apart years ago, needed to recombine in order to be able to compete with the biggest players, such as Apple, AT&T, and Disney, which are all engaged in the TV streaming war against the $123 bn market cap giant Netflix. However, even though a combined Viacom and CBS is bigger and more powerful than the two standalone businesses, it’s unlikely that it will become big enough to compete with the really big video companies.

The deal-making may not end with one merger. Executives from both companies said on a call with analysts in August that they'll continue looking for opportunities to grow their businesses, and that their merger will put them in better financial shape to jump on future deals. The new conventional wisdom, indeed, is that the new ViacomCBS will try to acquire or combine with smaller companies, among which, the most interesting and suitable candidates are: Discovery/Scripps (which merged last year), AMC Networks, Sony Pictures Entertainment, and Starz/Lionsgate. (Figure 2) 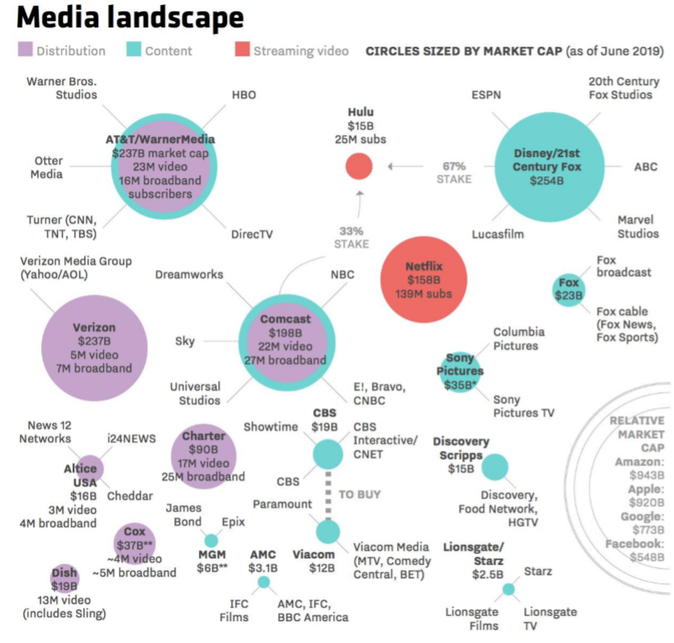 Figure 2: Media landscape in the US (projections) - Source: the companies, news reports, Leichtman Research Group (cable/internet subs)
The problem is that the biggest and most important media companies that might have combined with CBS/Viacom a few years ago, such as Disney, Fox, Comcast/NBCU and Time Warner, are all tied up working through their megamergers. Indeed, Disney acquired much of Fox’s assets, Comcast bought Sky and Time Warner sold to AT&T in the past few years. Therefore, they won’t have the ability to take on another big deal for a long time. For instance, Verizon, which looked at CBS in the past, has new management that has made it clear it doesn’t want to buy big media companies anymore.

Furthermore, two more issues have arisen. First of all, although big tech companies like Apple and Amazon have taken a look at media companies in the past, for now they all seem more interested in acquiring media talents, not media employers: Both Netflix and Disney now have deals to work with David Benioff and D.B. Weiss, the writers who created Games of Thrones. Secondly, it’s hard to imagine how today’s antitrust climate – and today’s politics – would allow Amazon or Apple to buy a significant media asset.

Some of these conditions may change, but for the moment Redstone argues that a combined CBS and Viacom will be more powerful than they are on their own, which will turn out to be useful in any case, as ViacomCBS’ competitors are ramping up their efforts to build their own streaming businesses. Netflix has 150 million subscribers and is under constant pressure to keep adding millions of new ones each quarter. Disney, which is launching its own services during this fall, said it wants to add 90 million subscribers by the end of 2024. AT&T is aiming for 50 million in the same time frame.

Shari Redstone, the president of National Amusements, the Redstone family holding company that controls both Viacom and CBS, said: “I am really excited to see these two great companies come together so that they can realize the incredible power of their combined assets. My father once said: ‘content is king’ – and never has that been more true than today.”

As regards the possible future employee layoffs, Deadline reported that ViacomCBS is anticipating $500 million in cost savings from the deal, and noted that the company now has employee overlap in administrative areas. The merger probably won’t have a widespread impact at CBS or Viacom’s various studios, but employees in roles such as human resources and accounting may have cause for concern. Facilities are also a big question for the future. 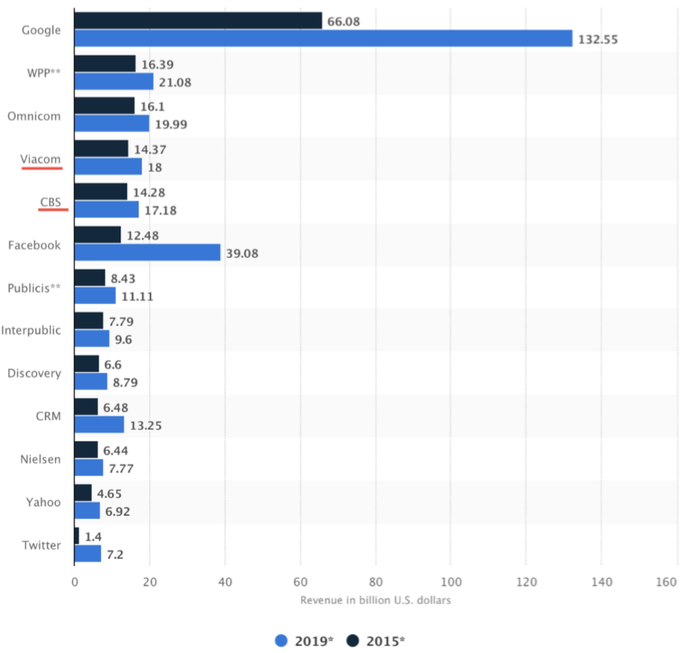 Since then, both stocks have dropped to around $26.94 per share of Viacom and $43.82 per share of CBS. Overall, the market at first welcomed the deal. However, some growing concerns regarding excessive debt and potential exposure to the ill-looking traditional television industry have been raised during the past few weeks. Some experts believe that the transaction is negative for both of the companies as it will push CBS to invest heavily in an expensive and risky direct-to-consumer offering in a crowded market. While, others think that the deal creates the opportunity for incremental synergies and the chance of EPS accretion.