China opening up: a new chapter for Investors?

Despite trade negotiation with USA hasn’t reached an equilibrium yet, Beijing announced on Tuesday, October 15th, its intentions to open more its financial industry, through the abolition of limits on foreign ownership of Asset Management companies (which are currently at 51%) and the foreign access of the insurance sector, both starting from April 2020.  Many foreign institutions have already deepened their presence in China. Recently, UBS increased its participation in the joint-venture UBS Securities from 25% to 51%; JPMorgan and Nomura did the same; Citi is already planning to set up a fully owned securities Business. Exceptionally, Allianz won in 2018 the approval for the Chinese first wholly owned insurance company.

Although CSRC (China Securities Regulatory Commission) did not specify how and when new applications for licenses could be purchased, the announcement represents a good step forward, as it could have an effect one year earlier than originally planned. Even though China has loosened the entrance requirement for foreign financial institutions, it is still seen by many as the only beneficiary of what Donald Trump called “unfair trade practices”. For example, despite China joined the World Trade Organization (WTO) in 2001, today’s second-largest economy has been slow to adapt to the principles of the Organization. 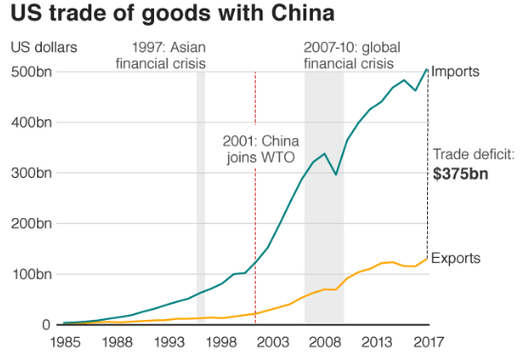 However, these regulatory changes would offer a vast number of opportunities both for China and the rest of the world economy. Encouraging foreign investments could allow the Chinese economic system to become less dependant on government loans and could lead to a restraint of government spending (which is a big component of the 300% of the actual debt to GDP ratio) and increased tax revenues. On the other hand, it would give foreign investors the possibility to participate in the expansion of a fast-growing economy, which growth may not have been realized through investment returns yet (the Hang Seng index realized a 20% gain in the last ten years and shows really low P/E and P/BV). Investors worldwide would have the possibility to better spread their exposure to different regions and industries of the world economy. MSCI, a leading provider of ETFs, has already announced that it will increase the weight of China A-shares in their indexes; the flagship bond benchmark Bloomberg-Barclays global aggregate index started adding Chinese securities this year. 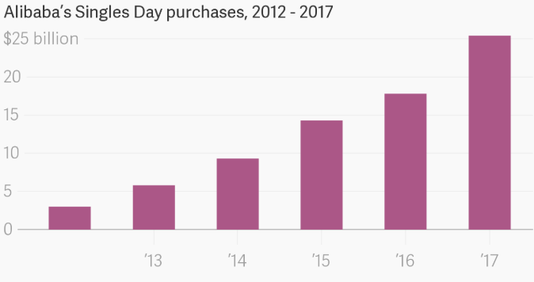 Chinese business-friendly policies jump-started the country’s transformation from an underdeveloped economy to the biggest exporter in the world. Despite this, China has recently shown vulnerabilities (growth has slowed, debt is at all-time high, Global PMI is low) and the government may be forced to speed up the process of reform. In any case, China will surely have a leading role in the global economic scenario, and its development must be closely watched by both investors and corporations.