Skyscanner Ltd will not be a British company anymore after the closing of a £1.4bn deal with the Chinese competitor Ctrip.com, announced on November 26th.

The start-up, founded in 2001, has been growing both internally and externally in the past years, focusing on strategic M&A activity worldwide. Asian market has not been an exception, considering its partnership with the Chinese largest search engine “Baidu”, in 2012, and the acquisition of the metasearch website “Youbibi” in 2014. Successfully, it counts today a monthly customer base of over 60million users and a strong reputation, as 64% of them declares the platform trustworthy. 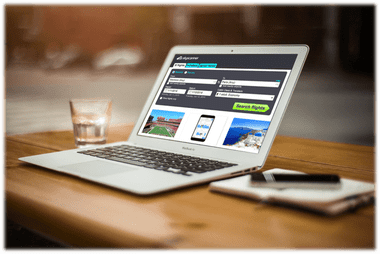 When the company value exceeded the £1bn value last month, news on the market reported its intention to either sell itself or go public. The choice was fully supported by the main shareholders, Sequoia Capital and Scottish Equity Partners. Looking at the numbers, Skyscanner Ltd shows a healthy and promising financial situation condition, reporting revenues for £120million in 2015, up 29% with respect to the previous year, and profit hitting £17.5million (+3% with respect to 2014). As a proof of that, at the beginning of 2016 it collected $192million in primary and secondary investments from five different investors, being valued around $1.6bn. However, the company’s turnover has been following a declining trend, considering that it even reached growth peaks of 96% in 2013.

Ctrip.com is instead the market leader in China as a provider of online travel services, responsible for 70% of the online completed transactions: last year it signed for tie-up with its main domestic rival, ending a fierce price war that had been damaging the profitability of both firms for years. It is listed on Nasdaq since 2003 with a market capitalization of $22bn and its partly owned by the giant Chinese search engine “Baidu”.

As far as the acquisition is concerned, it seems that the relationship between the two companies goes way back and, actually, Ctrip.com had already been suggesting a takeover at the beginning of the year. About the concluded deal, this last defines it as “a mainly cash” transaction, as it reached an agreement with Scottish Equity Partners to buy its controlling stake for £470million (originally purchased for £9million). Subsequently, it offered to acquire shares from the other remaining shareholders, up to a total value of £1.4bn ($1.7bn). In addition to that, the target will also receive some of its ordinary shares which, with their performance-based falling or rising value, create some level of uncertainty on the exact figures of the arrangement. The purchase has been approved by the respective boards and is waiting for the formal approval by the relevant regulatory bodies.
What is certain is that the market has a huge potential in China, as increasing affluence and internet access have made the use of travel gateways very popular: according to Bloomberg Intelligence, around 10% of the country’s travel sales in 2015 have been booked online.
​
On the other hand, it still needs to be clarified whether the transaction is just a drop in the recent wave of Chinese acquisitions towards foreign companies, aimed at targeting foreign customers exploiting a well-known name, or if it is just a strategic move to strengthen their operations and help Chinese tourists travelling abroad. About that, Ctrip’s co-founder and executive chairman commented that “this acquisition will strengthen long-term growth drivers for both companies, Skyscanner will complement our positioning at a global scale” through its affirmed presence outside China and an efficient search capability. It has been already announced that there is no intention to merge the two brands, as the two companies will stay totally independent from an operational point of view and Skyscanner’s full management will remain on board.

To conclude, it can be observed that the deal arrives in a particularly crucial moment after Brexit, showing that Britain remains open for business and encourages inward investments. However, the government has also commented that, despite this is something that does not rise particular concerns, there is the intention to start investing to stop the tendency of British fast-growing tech companies to sell abroad. On the market side, the overall opinion seems in accord with the deal, with both analysts and Ctrip’s stock price showing positive reactions.