A harsh conflict between two different economic theories broke out in the Oval Office. On the one side, proud nationalists tried to convince the U.S. President to contrast globalization, on the other side, liberalism from Wall Street claimed the benefits of US free-trade agreements. 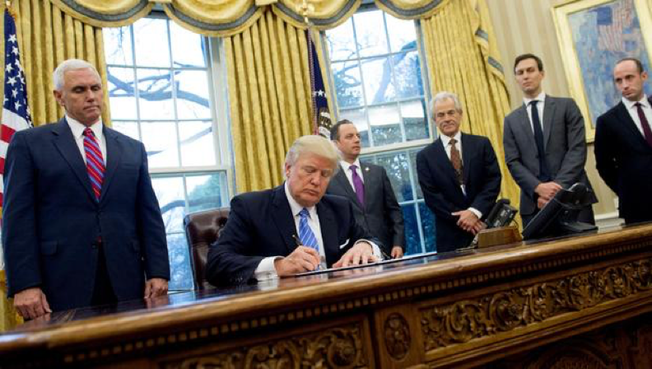 According to the Financial Times, such an internal “civil war” revealed Donald Trump’s double personality in Peter Navarro, trade adviser and opponent of the TTP, and Gary Cohn, former President and COO at Goldman Sachs. More specifically, protectionists accuse Germany and its Chancellor Angela Merkel to exploit Euro devaluation in order to further hit US negative net exports and worsen the US national trade deficit.
Will a “closed America” weaken European and Chinese economies or will it lose the opportunity to stress a leading position?

Even though Mr. Navarro is losing credibility in the White House, the current administration seems absolutely unpredictable in the long run. The battle shows political instabilities behind the US President international relations. In fact, the meeting with Mrs. Merkel scheduled for mid-March was just postponed due to a winter storm striking the East Coast, simply like a twist of fate. Meanwhile, Government spokespeople confirmed the high quality of Trump’s staff, mentioning Cohn and Navarro in particular, as valued member of the economic team.
“Gary Cohn and Peter Navarro are working together to enact the president's economic agenda, protect American workers and grow American businesses” a spokeswoman heading the White House Public Relations said (Source: Financial Times Archive). 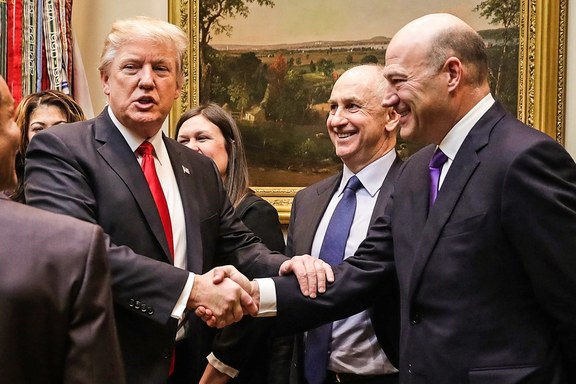 On the other hand, in the perspective of an European official, “the situation is less worrying than it was two months ago because [Mr] Navarro seems to be more and more marginalised” and “his influence seems to be diminishing quickly” (Source: Financial Times Archive).

Mr. Navarro’s political obstruction towards Wall Street’s objectives in the short term raised the possibility to move the trade adviser out of the Commerce Department of the White House, supervised by Wilbur Ross (the so-called “King of debt”) who sustained future agreements both with Canada and Mexico. Navarro is indeed becoming more and more isolated in Trump’s staff, since he proved to be ill-prepared and vague during his interactions with Republicans in Congress. As stated by Thea Lee, official at the largest union in the US and member of the President’s Manufacturing Council, it seems plausible at the moment that pro-trade moderates are winning the battle in accordance with US policies fulfilled in recent times.

As a result, given the Executive Order recently signed on deregulation, most investors hope for a new revival of liberalism in the administration, even if the charismatic ‘Black Swan’ will barely be set aside.