The case for more consolidation through M&A in the EU banking sector has been made by researchers, banking authorities, and relevant personalities, such as Danièle Nouy and Andrea Enria, respectively the former and the current Chairmen of the Supervisory Board of the European Central Bank.
​
In general, consolidation is needed when there is “overbanking” in a given economic area. Overbanking hinders the profitability of the banking industry, for obvious reasons of competitiveness, and this could bring banks to take on more risks in a race for profits. In addition, overbanking appears to be a risk for growth, as it implies over-indebtedness of the overall economy. Empirical evidence, such as Arcand et al., suggests that when credit to the private sector exceeds 100% of GDP, the growth of the economy starts to be severely affected in a negative way. Consolidation happens in three main ways: through deleveraging, failures, and M&A.
​
​There are several advantages in consolidation through M&A for banks: more efficiency, economies of scale, and reduction of excess capacity. This is even more relevant during a long-lasting regime of low interest rates, where improving profitability and efficiency is the key to survive, and M&A seems the pathway to achieve both. Banking authorities have tried to foster cross-border banking consolidation, in order to achieve higher financial integration in the EU and make banks less vulnerable to asymmetric shocks, thus preventing cuts in lending during crises. Moreover, cross-border M&A would help banks to become more resilient, with diversified portfolios, and it could help to break the sovereign-bank nexus, the interconnection between sovereigns and banks.
​
At the very moment, consolidation through M&A does not seem to happen very often, and when it happens is not cross-border. The trend from 2000 to 2018 seems to go downward, and the majority of M&A happens domestically, without achieving that higher financial integration hoped by EU banking authorities.

Although cross-border consolidation seems a far target, in some countries something is moving on the domestic side. Recently, the Southern Europe banking sector has been interested by some movements in the direction of consolidation, in particular in Spain and Italy.

In September, Caixa Bank and Bankia, two Spanish lenders, confirmed talks for a merger that would create the largest Spanish lender, with a total market capitalization of almost €16 bn. Bankia, created from seven smaller regional banks in 2010, was saved by the Spanish government in 2012, and the Madrid government still holds about 62% of the bank’s shares. On the other hand, Caixa Bank is the third largest bank in Spain, and it is three times larger than Bankia. While Caixa Bank has a historical presence in Catalonia, one of the most important regions for Spanish economy, Bankia is connected to Madrid, and the deal would help Caixa Bank to extend its reach also in that area. According to the first estimates by Barclays and Citigroup, the deal would help the banks to save €500 million in annual costs, while Jefferies’ analyst Benjie Creelan-Sandford believes that the merger would cut 40% of costs from Bankia thanks to better efficiency given by branch closures. Moreover, the new entity would obtain a stronger hold in the Spanish market against the other two biggest lenders, Banco Santander and Banco Bilbao Vizcaya Argentaria (BBVA).

The market reaction for the announcement has been widely positive, with shares of both banks being boosted by the news: Bankia’s increased by 29%, while Caixa Bank’s by 15%. Interestingly, also other banks’ shares rose, like in the case of Banco de Sabadell and Bankinter, probably boosted by new hope for deal making in the European banking sector.
​ 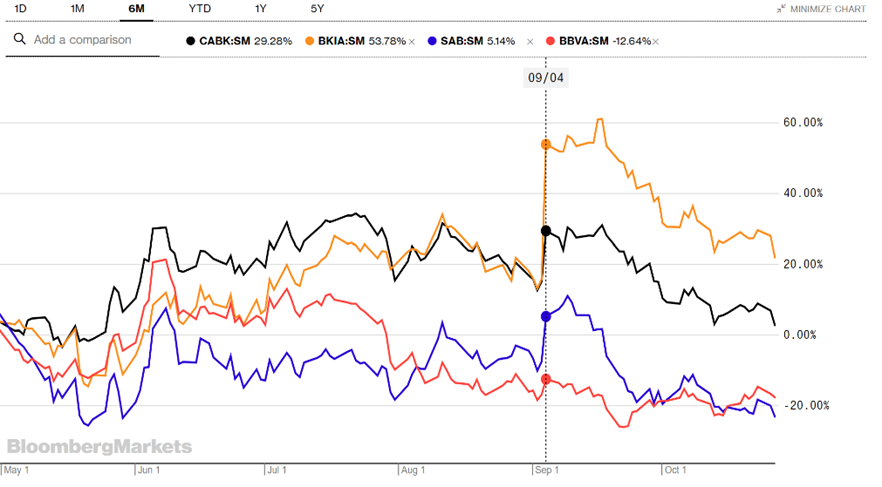 Meanwhile, in Italy the year has been marked by the acquisition of UBI by Intesa Sanpaolo. Differently from the Spanish one, the Italian process was surely not smooth and simple. Intesa, the largest lender in Italy, has only recently managed to obtain majority support for its takeover of UBI Banca, but only after a troubled courtship by the Turin bank. Eventually, Intesa succeeded in its intent by adding what has been broadly defined as a “cash sweetener” to the offer, thus convincing UBI’s shareholders. Even in this case, the rationale behind the deal seems more effectiveness, cost-saving, and the promise to achieve higher economies of scale. Another promising deal is the one between Crédit Agricole and BPM, but it is still matter of speculations, while UniCredit is trying to push away the acquisition of Monte dei Paschi di Siena

These movements are for sure a step in the consolidation direction, but it is important to underline the role that NPLs might have on these processes. In particular, the presence of high NPLs ratios might make the valuation of the banks uncertain, thus hindering the M&A process. Therefore, in order to have “safe marriages”, banks need to reduce their exposures to NPLs, and this is a problem for the Spanish banks, but even more for the Italian ones. Although all countries managed to reduce the weight of NPLs in these years, the situation remains under observation for countries like Greece, Spain, Italy, and Portugal. Of course, the pandemic has inverted the positive trend in the reduction of NPLs, but a moratorium has been approved by the EU authorities, thus allowing lenders to kick the can. Nonetheless, for a merger-friendly environment, NPLs need to be under control.
​ 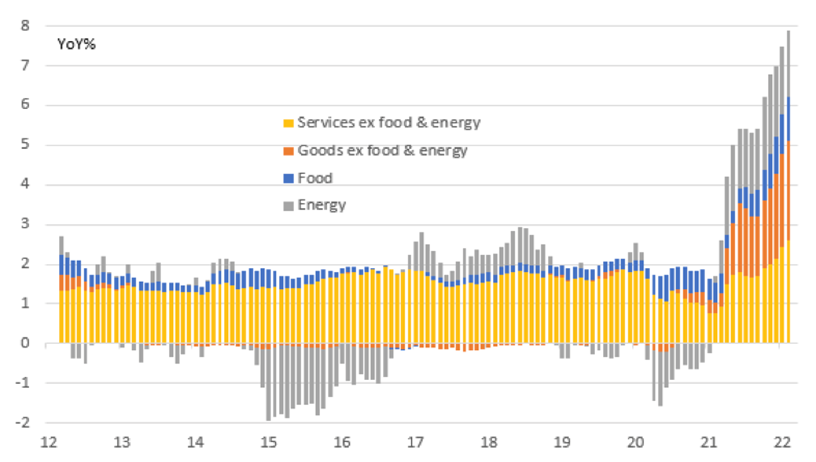 ​Eventually, the consolidation in the banking sector is a process that slowly advances, even though only domestically and not with cross-border transactions as EU banking authorities wish. The pandemic may even accelerate the urge for banks to merge, as contracting economies threaten even more the already low profitability of EU lenders. The Spanish and Italian cases are interesting examples of the need for banks to pursue this kind of deals, in a “merge to survive” fashion. However, the need to control the NPL ratios, despite the EU moratorium, is crucial for the success of these operations.