From Oil to FIG ? The new face of the Arabian Peninsula?

828 meters. That’s the height of the Burj Khalifa, the tallest building in the world. As all of you know, it is not located in New York or London, but in Dubai, the most populous city in the United Arab Emirates (UAE) and it is not the only skyscraper in the region. In fact, after China, the UAE’s boost the second largest number of skyscrapers worldwide with almost all of them constructed in the last decade. Clearly, this region is developing at a rapid speed and is equipped with deep pockets to fund this evolution. But while historically almost all of the regions wealth has been connected to Oil, things have changed and now 71% of UAE’s total GDP comes from non-oil related sectors. This article intends to display some of the current developments in the Middle Eastern economy and their impact on regional M&A deal trends and outlooks, with a particular focus on Financial Institutions.

So, what are the current trends that shape the regions industry. One key aspect is certainly the push for transformations by national governments, both in Saudi-Arabia and the United Arab Emirates. There is an evident shift towards new economic sectors which are mainly technology related. However, it is interesting to see that albeit lower volume, deal size in more traditional industries such as real estate, energy or construction still tends to be larger than the usually smaller transactions we see in newly developing markets. Saudi-Arabia’s “Saudi Vision 2030” led by the Crowne Prince, involves a huge transformation agenda and intends to reduce the countries dependence on oil, diversify its economy and develop public service sectors. The United Arab Emirates are even more ambitious with their “UAE Vision 2021” aiming for increased digitalisation and privatisation. These creates M&A opportunities since existing players will need to acquire these digital capabilities. The overall enabling environment for investment is expected to continuously improve throughout the region over the coming years, also because of the regulatory changes which are implemented to help increase foreign direct investment particularly in UAE and Saudi-Arabia. Overseas partners are seen as opportunities to introduce technologies that have been tested or developed in other markets. For example, national energy groups are selecting foreign partners to team up with not only on their financial or operational merits, but also in terms of their knowledge when it comes to smart technology and energy utilisation. One example for this is the recent agreed strategic alliance between Abu Dhabi National Oil Company and China’s National Petroleum Corporation. There is clear evidence for family businesses partnering up with foreign multinationals to drive growth, such as the strategic agreement between the family owned Al Islami Corporation and Japan-based Mitsubishi Group.

A main theme for economic development in the region is consolidation. Due to the large number of players in each country, and with regional markets merging closer together, there is a good chance that we see further consolidation opportunities in the various financial sectors in the upcoming years. However, these transactions are expected to be smaller in size. One aspect which analyst in particular believe to be particularly likely areas of M&A or Private Equity activity lies in the digitalization of banking processes such as payment processing and digital automated asset management.

And there is clearly some momentum in the middle eastern M&A market. 2018 was a successful year for the region in terms of takeovers, with the cumulative value of transaction soared 50% year-on-year. Although the number of deals remained similar, total value rose on the back of a few multi-billion dollar transactions such as the sale of a stake in Abu Dhabi’s National Oil Company’s (Adnoc) pipelines to KKR and Blackrock for $4bn. (Lead Advisors: Bank of America, JP. Morgan; Moelis). And the market continues to thrive evidenced by the recent megamerger in March 2019, when Saudi Aramco, the world’s largest oil producer acquired a majority stake in SABIC, the world’s fourth biggest petrochemical firm for $70bn in the second largest M&A deal globally so far in 2019 and one of the largest deals in the global chemical history. (Lead Advisors: JP. Morgan, Morgan Stanley; Bank of America, Goldman Sachs). Even excluding this mega deal, M&A in the region would have reached its highest quarterly value on record (see Chart 1) 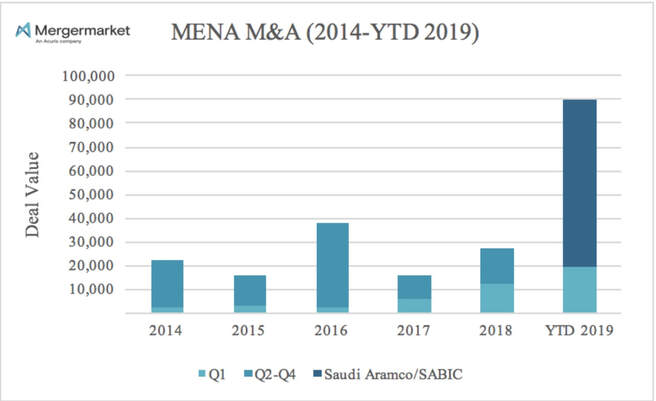 Chart 1: MENA M&A Activity in recent years
One clear driver for this M&A activity in the region is the abundance of mergers and consolidations in the Financial Institution’s space. Lower oil prices over the past four years are forcing banks to consolidate for scale and to better compete in a crowded market. Subdued credit growth, a squeeze on deposits, higher cost of funds and deteriorating asset qualities are driving consolidation in the regional banking sector. This is especially apparent in the United Arab Emirates which has almost 50 banks operating, serving a population of only 9 million. If you compare this to its neighbour Saudi-Arabia where 28 lenders serve 33 million people, it doesn’t come as a surprise that many analysts saw this increased consolidation activity coming. However, even the merged lenders are comparatively small globally.

Kicking off the Financial Institution consolidation was the creation of a national champion in Abu Dhabi (take a note Mr. Scholz). The First Abu Dhabi Bank was formed in 2017 as the result of a merger between the National Bank of Abu Dhabi and the First Gulf Bank, creating the largest bank in the UAE, the second largest in the region (just slightly behind Qatar National Bank) with $175 billion in assets. (Lead Advisors: UBS; Credit Suisse). Abu Dhabi’s intention with the creation of a national banking champion is to better service its own and the regions changing economy, as well as to take on global banking rivals at home and abroad. There is another merger of state-linked banks on the horizon with Abu Dhabi Commercial Bank announced its intention to acquire Union National Bank for $4 billion (Lead Advisors: Barclays; JP. Morgan). This will create the Gulf’s fifth-biggest lender with about $114 billion in assets. Not only in the banking space but also in other areas of Financial Institutions the desire for consolidation is evident. In 2017 for instance, two of the emirate’s sovereign wealth funds Mubadala Development and the International Petroleum Investment Corp. combined their operations to form Mubadala Investment Co. which was joined one year after by the Abu Dhabi Investment Council, raising combined assets to $220 bn. But also in the neighbouring state Saudi-Arabia FIG teams are kept busy, currently with merger talks between the National Commercial Bank (the country’s largest lender) and Riyad Bank, to form an Institution which would be the Gulf’s third-largest lender with $182 billion in assets (Lead Advisors: JP. Morgan; Goldman Sachs). There are also examples for cross-border mergers discussions between banks, with Kuwait’s Finance House in talks to acquire Bahrain-based lender Ahli United (Lead Advisors: Goldman Sachs; Credit Suisse) 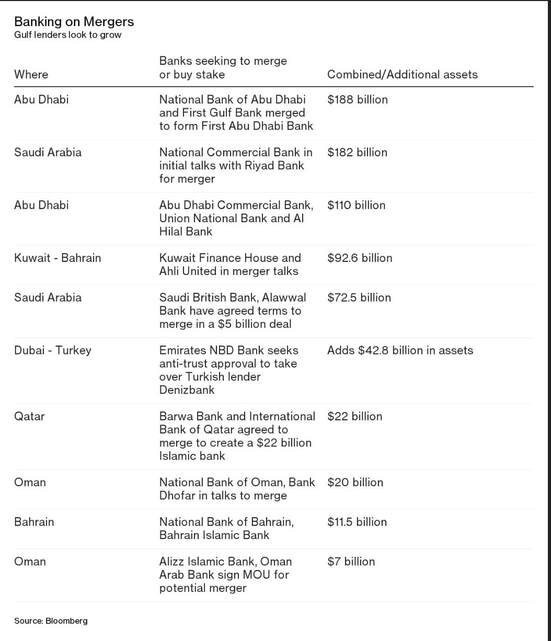 Table 1: Recent Bank Mergers in the Gulf
Next to the already mentioned “over-banked” state in the Gulf (especially in the United Arab Emirates) regional lenders dependency on government deposits (due to it’s correlation to regional GDP) is another reason for the increased M&A activity, as those have been dwindling in sync with the crude oil price. Since 2014, crude prices have been on a historical low which led governments to re-calibrate budgets and use state deposits. Furthermore, there is increased pressure on local banks due to higher compliance costs because of new accounting standards, technological advancements and the introduction of a VAT.

What will the future hold for the Financial Institutions Market in the Middle East? Well it is difficult to forecast. Bank mergers are always complex (evidenced by the failed talks between Deutsche Bank and Commerzbank, topic of my previous article here at BSCM), but because of the usually majority holdings of local governments in the Middle East, are even more dependent on political backing in the Arabic Peninsula. The development of the oil price always is hugely important for the entire region and will also impact considerations for future potential mergers of lenders. Furthermore, it is important to point out that, although plenty of discussions have been commenced, only a small number have actually been completed. That being said, it is still pretty obvious that there is still strong need for consolidation, due to the incredibly high number of financial institutions serving a relatively small number of customers. More regional banks may therefore be forced to combine forces to stay relevant. It could also be, that national governments continue to push for more and more consolidation in an effort to create national/regional champions with the possibility to play a role in global finance.