It is a fact that NPLs are the most discussed issue in the Greek market among its investors. These loans are a bomb in the very premises of the whole Greek financial system that can possibly trigger a domino effect of unimaginable impact. To be clear, NPLs are the acronym of Non-Performing Loans, that is a sum of borrowed money upon which the debtor has not made the scheduled payments for a period of usually at least 90 days for commercial banking loans and 180 days for consumer loans. The estimated value of Greek NPLs in the four systemic Greek banks (Piraeus Bank, National Bank of Greece, Eurobank and Alpha Bank) is roughly 105 billion euros (2017). The size of the loans is the primary reason why international investors such as asset manager PIMCO and private equity firm KKR have attempted to develop projects in Greece during the last decade, without any success, so far. 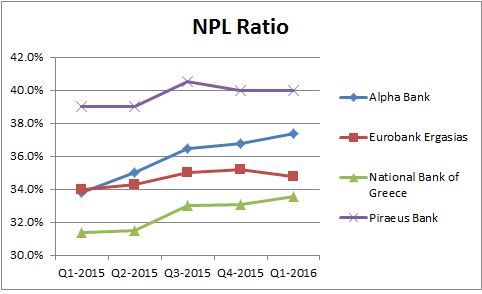 ​Following the Eurogroup meeting, President Centeno told reporters that there was no discussion about Greece, adding that what is currently under consideration in order to decide about the suspension or not of 2019 pension cuts is the available fiscal space since the 3.5% primary surplus target is already set and agreed and is not negotiated. European Economic and Monetary Affairs Commissioner Moscovici was somewhat more optimistic about the available fiscal space, pointing however that the extent of it and its use were still under discussion. Finally, in a more cautious tone the ESM head Regling stressed that the country should stick to the commitments of the program that has been agreed. 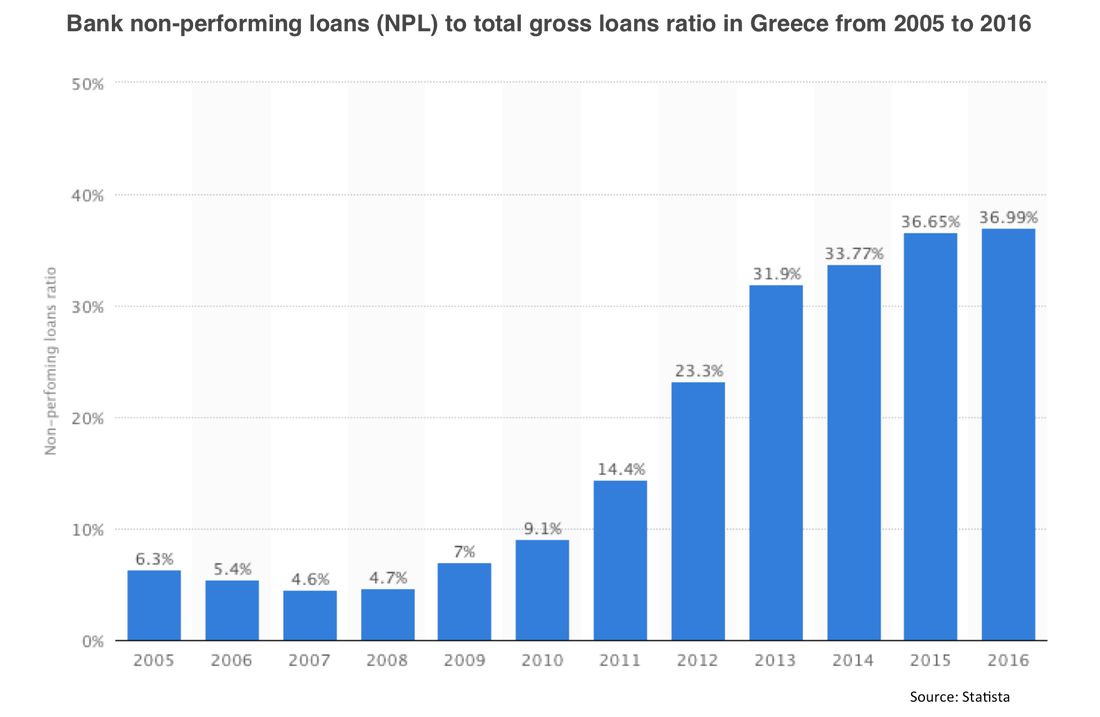 ​According to a national financial journal (daily Naftemoporiki), speaking at a conference in Athens, Moody’s Vice President Mrs Muehlbronner said that the agency focuses on Greece’s GDP growth and prospects, highlighting that so far growth has not been universal (i.e. not in all segments of the economy), stressing that more needs to be done on the investment front. She stressed the very high level of public debt, saying that this is a major risk. On the issuance of new bonds, she said that Greece has the buffer which gives the country some time but warned that if the government delays its effort to tap markets, this will be viewed negatively as it will lead to the erosion of the buffer.


Speaking at a conference, HFSF’s CEO Czurda said that Greek NPLs need to drop below 10% by 2022. He also said that Greek banks do not generate enough profit to reduce NPLs and that the reduction in the stock is not offset by loan growth, with this being worrying and that “we don’t have enough strategic investors in Greek banks to drive changes”. Finally, Czurda said that the BoG is preparing a plan to reduce NPLs adding that the Fund prefers the Italian model (i.e. securitisations via an Asset Protection Scheme) for the reduction of NPLs.

Reportedly (capital.gr), speaking at a conference in Athens, NBG’s CEO Mylonas said that he is confident that Greek banks can meet their (challenging) 2021 NPE reduction targets without the need to raise fresh capital under certain conditions. These conditions include: a) positive GDP growth (current estimates are adequate), b) continued improvements in the real estate market and c) some (unidentified) changes in the legal framework that will facilitate banks in meeting their SSM targets.

Given the economic and social impact they have had so far, the Greek NPLs are a tricky issue that requires special treatment and handling. However, it is a fact that this crisis has given birth to a lot of opportunities for investors to exploit, while at the same time, it might be a milestone for the European Union, which tries to resolve the housing loans crisis in Southern Europe. In fact, US private equity group KKR agreed to its second Greek NPL deal, teaming up with the country’s four main banks to invest in one of their big troubled borrowers. The move indicates how Greek lenders are responding to pressure from regulators to shed their vast piles of bad loans, while an improving eurozone economic climate is making it easier to clean up their balance sheets. KKR’s Pillarstone unit, which was created four years ago to invest in companies held in the bad loan portfolios of Italian banks, has been hunting for similar Greek investments since gaining a licence in the country and investing in pharmaceutical group Famar last year. Pillarstone already manages more than €2bn of bad loans in total. Is this a brave new world for the financial markets?