H2O Asset Management, a subsidiary of the French bank Natixis, is an English firm based in London. The company primarily specializes in global macro investment strategies. It serves its customers through a range of absolute and total return UCITS (Undertakings for the Collective Investment in Transferable Securities), actively managed across global debts, currency and equity markets. Their activities consist of institutional, corporate and individual investments. It currently has GBP 25.7 billion assets under management.

The company had almost a decade of near-constant liquidity and stability, in particular in the last years, it was very popular in Italy due to positive and attractive performance. However, the situation changed completely in June 2019 when the firm had to face an important liquidity crisis. Everything started with some rumors about potential conflicts of interest that would have involved the founder Bruno Crastes. This raised fear between buyers and started a wave of redemptions on the H20 funds. The illiquid component of the portfolios was put under spotlights, in particular the assets of the H20 Allegro fund. The latter adopts a global macro strategy and leaves much managerial discretion and flexibility. 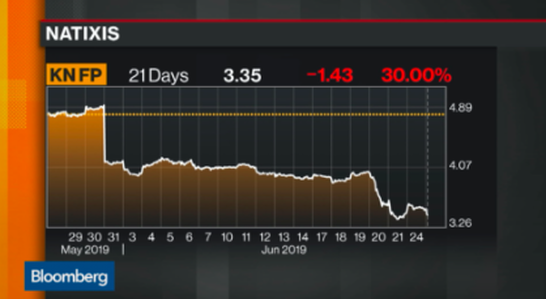 A main reason for the crisis is that H2O asset management broke some of the principal rules that regulate open-ended funds; what can be easily seen is that the manager of the fund overcame the limitations and exposed its counterparts to many risks. One of the major problems entails not respecting the rules and tools used for mitigating the probability of default on transactions. As a result, H2O saw clients take out €8bn from its funds. This happened right after the Financial Times reported the scale of its illiquid bond holdings. These were tied to the controversial German businessman Lars Windhorst. One of the reasons why they had so many illiquid assets was owed to the desire of having high payoffs, and hence accept lower liquidity to have higher returns.
The firm came under scrutiny, as influential rating group Morningstar downgraded their key funds. Their explanation was tied to "loose risk controls". Even though H2O met all the redemptions and CEO Bruno Crastes vowed to never halt withdrawals, it wasn't enough to keep them in a good name.

At year-end, June 2019, the auditor KPMG disclosed that Allegro breached French rules implementing Ucits. These rules have the aim of protecting and govern funds in the EU, moreover allow retail investors to withdraw money on a daily basis.
H2O's violation was due to the fact that, not long ago, the company had some transactions with a specific counterparty that is not a financial institution. Furthermore, KPMG said that those transactions represented about 9.9 percent of the Allegro fund's net assets, this number is considerably higher than the limit imposed by the French law (a maximum of the 5 percent of Net Assets). It is known that after the summer period the firm has corrected the breach and now everything should be in conformity with these requirements.

Needless to say that since the collapse the governance of UCITS funds has been under the public eye. The fund is run by Neil Woodford, a UK stock picker. Mr. Woodford took the important decision of freezing withdrawals, this move triggered a lot of anger among investors.

Moreover, in a section of Allegro's annual report stating the fund's exposure to bonds related to Mr. Windhorst, H2O explains that it conducted lots of reverse repos (which are purchase of securities with the agreement to sell them at a higher price at a specific future date) on these securities with a single counterparty. In order to answer to all the critics there is a disclosure that is included in the French report (but not in the English one) that explains that it is true that the company had some receivables with this single counterparty, which represented 9.9 percent of the total net assets, but this was because they had €111m of deferred payment sales. No other information was added in the report and the firm avoided giving specific details or any other comments on the counterparty or on the disclosure mentioned above.

Unfortunately, for H20, this is not the first time that has breached the rules of UCITS. Therefore, since November 2020, Natixis has decided to take some measures to control and monitor the division of asset management in order to avoid another crisis and to obtain the investors' trust. The report made by KPMG encompasses also an "emphasis of matter" due to the instability of H2O's illiquid bonds linked to Mr. Windhorst. This inclusion was made because it is extremely important to read and understand the financial statement.