Is cash too expensive? A glimpse in Australia’s war on cash

In Australia more and more businesses do not accept cash anymore. According to a report of Westpac Bank, Australia will become cashless by 2020. There is room for debate upon cash being responsible for corruption and tax evasion. Some people still argue that cash is vital to preserve financial freedom and purchase perception. Though, cashless society projects are becoming widespread and even big companies like Google and Apple are feeling the urge towards fintech solutions. Following the beaten track of Scandinavian countries, Australia is heading towards a cashless future by leaps and bounds. As confirmed by the graph below, this tendency appears to have come naturally to Aussies over the last decade. According to Mr. Hawke, assistant Minister to the Treasurer, "In the face of this change, the government will need to be nimble, removing obsolete regulations and ensuring that innovation isn't stifled by ill-considered interventions." 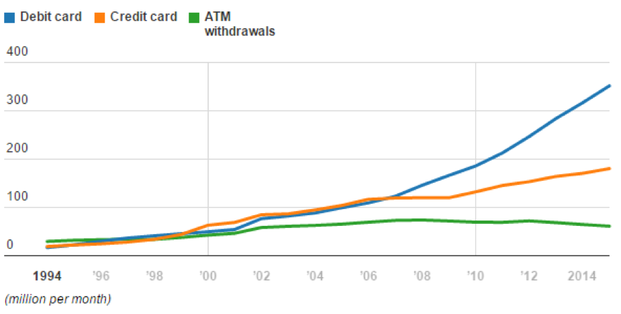 Figure 1 Trends in the use of Credit and Debit Card Versus ATM withdrawals - Source: Australian Payments Clearing Association

In 2016, around 79% of smartphone owners would like to make electronic payments via their smartphone themselves, while currently around 53% of transactions are cashless. About one third of Aussie smartphone users agree that fintech made their life easier in managing finance and 75% of them believe that business that do not consider this aspect will become obsolete. Indeed, the aim of Westpac’s report is to investigate to what extent innovation and technology would deliver value to customers. The findings show evidence that the push towards a cashless society is demand driven. It seems that customers’ willingness to wait after paying for food and drinks is sharply decreasing, as they are increasingly used to a Uber-like service.

In practice, not only did Westpac develop tools such as Cardless Cash, Fingerprint login and tap and pay, but they are also keeping an eye on technology start-ups. For instance, Westpac is the main investor in the Reinventure fund, a venture capital firm which unveiled synergies between Westpac and Hey You. Hey You is indeed to “order ahead and beat the queue at your local café or favourite food outlet”. Since 2015, those who downloaded Westpac app have had direct access to Hey You app through a link.
​
Will Australia’s tendency to a cashless system be beneficial to the society? According to a McKinsey study, the answer is well likely to be yes, for a number of reasons. Firstly, the use of cash payments drives down the profitability of banks. In general, cash payments account for one third of the costs and one quarter of the profits of the bank. Secondly, there the diffusion of so-called “shadow economies” seems to be highly correlated to the use of cash. Therefore, a component of the cost of cash is accounted for by the lack of taxes and monitoring by the government. Thirdly, people are well likely to opt for more costly non-bank players, who elude compliance and financial regulation and contribute to inefficiencies. 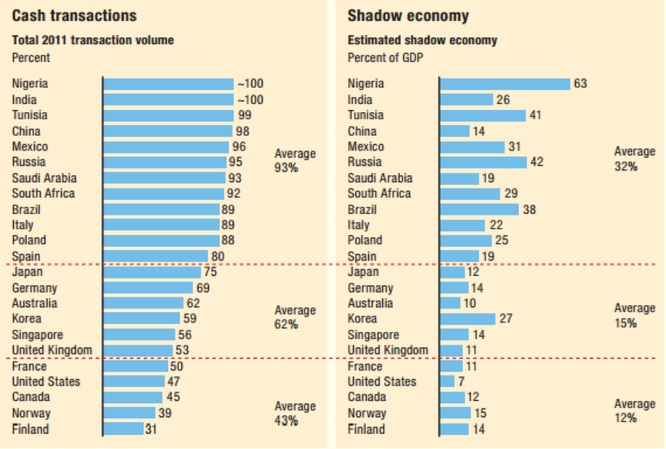 Figure 2 - Correlation between the use of cash and shadow economies - Source: McKinsey Payments Practice

While such invisible costs of cash are borne by the banks, they are generally passed on to consumers. Even neglecting the operational costs, the social cost of cash is high. Therefore, rethininking payment systems in the light of digitalization could boost economic growth through removing inefficiencies and ensure transparency.