Is Europe back on its feet?

Last year we have seen outflows driven by worries over political risk and Italian banks posing a systemic risk to the Eurozone financial system, leading to investors pulling roughly $100bn from the asset class. However, now we are experiencing a shift which has been driven by hopes of a synchronised global economic expansion accelerating. 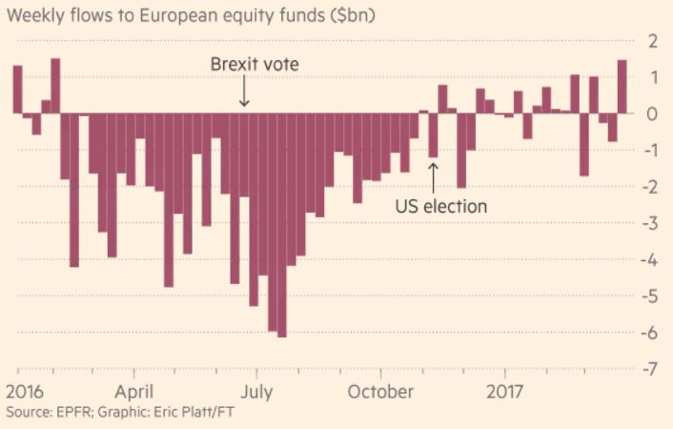 Data from the European Central Bank (ECB) indicate that the economic recovery in the euro area is projected to firm up further, at a pace slightly above previous expectations.  Real GDP is expected to grow by 1.8% in 2017, by 1.7% in 2018 and by 1.6% in 2019, driven by domestic demand including robust private consumption and a positive contribution from investment, according to the ECB.
As for the political scene in Europe, investor sentiment has benefited from recent French election polls that have given the edge to independent centrist Emmanuel Macron over Marine Le Pen, the far-right National Front candidate. This helped to push market measures of volatility in European stock markets back towards the lows of the year.
Furthermore, European stocks climbed due to mining and bank shares, as lenders borrowed more than double what was forecast under the European Central Bank’s Targeted Longer-Term Refinancing Operations program. The Stoxx Europe 600 index rose 6% to 381.14 this quarter, as eighteen of 19 sectors advanced, being on track for its highest close since December 2015, according to FactSet data. 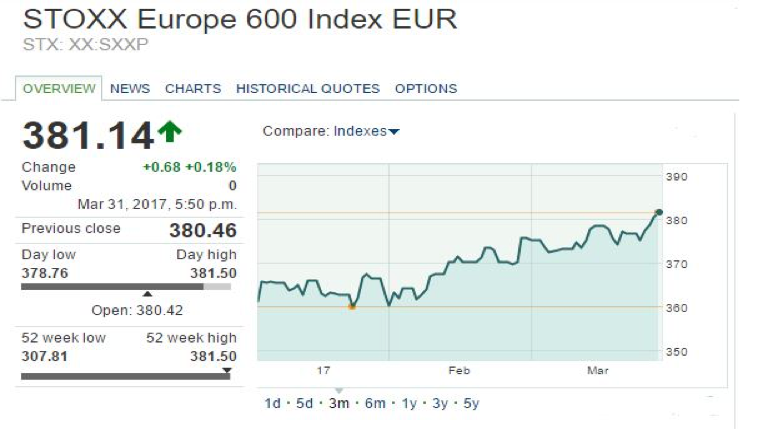 In recent weeks, global fund managers, particularly Goldman Sachs and JP Morgan Asset Management, have issued positive outlooks for European equities saying their performance may exceed US equities in 2017. European share prices have outperformed the broad US market since the start of January, with Italy’s FTSE MIB up 7.4 per cent, Spain’s Ibex advancing 12.6 per cent, German’s DAX 30 index up 8 per cent, France’s CAC 40 index 6 per cent and UK’s FTSE 100 index rose by 2.5 per cent. 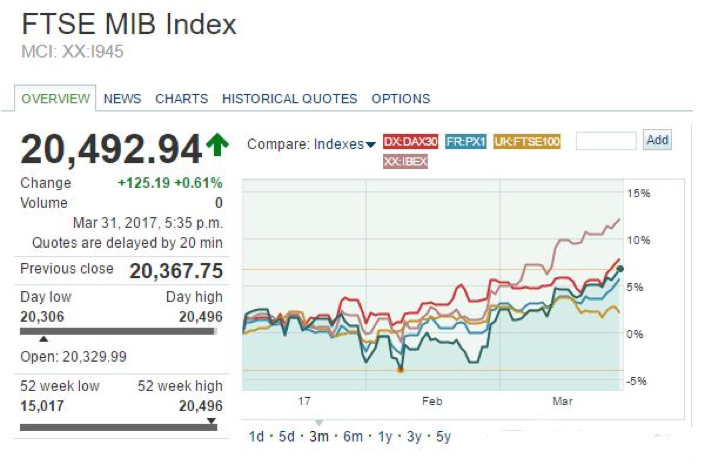 The improvement in business activity in Europe, together with stronger economic data, positive expectations and absence of bad news are the key drivers of growth in the European equity market over the past quarter.