​Is the European Airline Industry Starting to Recover?

Introduction
The European aviation market presents great interest due to its maturity, the high degree of liberalization, and the diversity of low-cost and full-service carriers, as well as charter and regional airlines, all predominantly privatized. The market is arguably one of the most severely damaged ones by the COVID-19 pandemic, especially due to the different policies adopted by the governments of different states, regarding travel restrictions, closing borders, and lockdowns. The rapid spread of the virus across Europe immediately led to a sharp decrease in passenger demand, leaving companies wondering what the best strategic response is. With the vaccine rollout and the summer approaching, investors are wondering whether the industry is starting to recover, or the future is still uncertain.

Airlines’ responses to the COVID-19 pandemic
As the global sanitary situation became worse and European states started closing their borders for foreign travelers, airports began reducing their passenger operations, with some even temporarily closing commercial traffic completely. Between the end of February 2020 and May 2020, many airlines chose to contract and consolidate their operations in order to avoid direct operating costs and reduce indirect costs, as part of an effort to protect themselves from significantly high losses or even bankruptcies. As a result, there was a sharp decrease in terms of fleet size, workforce, and network coverage which eventually harmed the companies’ net profits, as shown in the graph below. 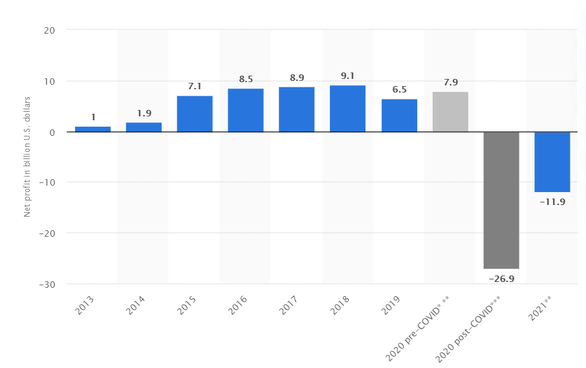 Figure 1. Net profit of commercial airlines in Europe from 2013 to 2021 (in billion U.S. dollars). Source: Statista
Even though the short-term measures that airlines could take were limited especially due to their pre-pandemic financial state and the binding contracts they were acting under, the strategies adopted by airlines present great variety. In detail, a large number of carriers attempted getting financial support from national governments, laid off employees temporarily or made them redundant, and cut the number of flight routes available to avoid having liquidity issues in the future. Moreover, some preferred suspending normal operations briefly, whereas others decided to restructure by changing their network and services completely and selling expensive aircraft and other assets. For instance, in June 2020, British Airways, which was facing daily losses of £20m in cash and a monthly £211m wage bill, chose to sell items from its art collection to collect additional capital.
Even though Alexandre de Juniac, head of the International Air Transport Association, claimed that there is an increased risk of bankruptcy for many airlines until the end of the year, some airline companies were able to take advantage of the relative confidence of investors that the industry would greatly benefit after a potential reopening of the borders of major economies. For example, IAG managed to raise €1.2bn through issuing bonds, helping it handle the financial hardships with greater ease and flexibility. In addition, many companies saw the yield rate of their bonds increase, such as IAG’s and EasyJet’s €500m bonds set to mature in 2023 and Ryanair's €850m bond set to mature in June.
​
Predictions for the summer of 2021
Despite this relatively positive investment environment, many European airlines are still not expecting much better results compared to last summer, since the COVID-19 vaccine rollout is not going as well as expected (especially after the use of the AstraZeneca vaccine was halted due to health concerns), new lockdowns are being established, and cases in many countries are rising. This series of events is particularly disappointing for airlines since the profits during the summer peak season are usually the ones that help carriers endure the winter when sometimes there are considerable losses.
According to a report by EUROCONTROL, which analyzes and predicts the situation until the end of June 2021, in February and March, expectations were “exceptionally low across the network, except for cargo, some business traffic, and skeleton schedule services.” Moreover, European flight traffic until the end of April was expected to be only around 25%-30% of the usual one, worsening the already difficult situation for European airlines.

The report also claims that there are two possible scenarios, both of which depend on whether the vaccine rollout is efficient in the short run and whether the governments decide to relax national travel restriction measures: Without full confidence, it is claimed that in the most likely scenario that the sanitary situation in many European states improves by Q2 and the majority of vulnerable citizens is vaccinated by then, non-essential traveling by airplane could become possible again. In this scenario, there would be small improvements in Q2, and a larger recovery in the summer, reaching approximately -55% of 2019 levels by June. On the other hand, one could claim that due to the increase of infections in certain countries, it is also likely that some governments choose not to relax the traveling restriction measures at all, leading to an overall low passenger demand for air travel and any hopes of improvement being postponed to later in the summer. In this scenario, the expected levels of traffic compared to 2019 only reach -70% by June. 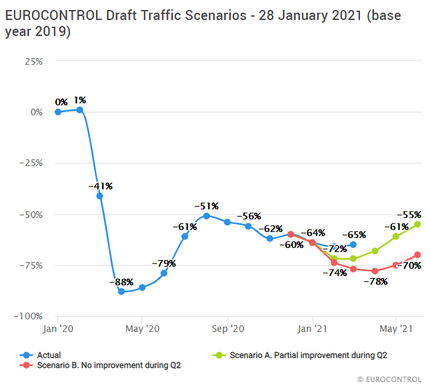 Figure 2. EUROCONTROL Draft Traffic Scenarios - 28 January 2021 (base year 2019). Source: EUROCONTROL
Predictions for a full recovery
Similarly, recovery to 2019 levels depends heavily on how soon the majority of the public will be vaccinated, as well as on how confident passengers will be to start traveling by plane again. To better understand the situation at hand, three scenarios were taken into consideration by EUROCONTROL: As it can easily be understood from the graph below, even in the best-case scenario, a full recovery could only be possible in 2024, whereas if the situation does not improve at all it could take up until 2029. In the most likely scenario, Vaccine 2022, the recovery to 2019 levels is estimated to take until 2026. Therefore, it is crucial for airlines to restructure in a way that prepares them even for the worst-case scenario, which would heavily damage their revenues in the long-term. 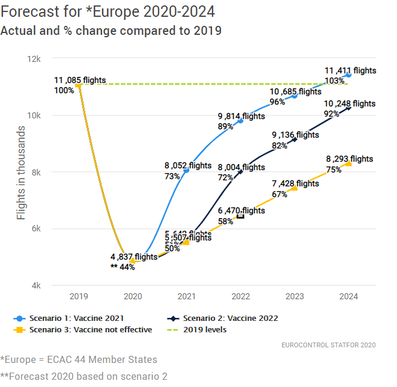 Figure 3. Forecast for Europe 2020-2024, Actual and % change compared to 2019. Source: EUROCONTROL STATFOR 2020
​Concluding Remarks Regarding Government Policies
In conclusion, the efficiency of the European governments’ vaccination programs and the measures taken regarding travel restrictions and the support of companies in the aviation market directly affect the market’s future, which for now remains uncertain. This is also reflected in the stock market, with airline stocks being particularly volatile the past few months compared to the broader market, with daily volatility being around ±4%, compared to the ±1% of the S&P 500 Index. Given the restructuring of many carriers and the possibility of a different composition of passenger demand after the pandemic, the governments are advised to adopt policies that balance the need for immediate support of airlines and the risk of interfering with the market’s competition, preserving the business dynamics present.