The company was completely owned by the Japanese government and the whole capital was sold in the market. In august the number of shares was increased through a stock split 500:1 from 320 thousand to 160 millions and were offered in Tokyo starting from the 25th of October and in the Fukuoka exchange from the 26th.

The IPO was a success: despite the recent eruption of Mount Aso’s that increased concerns among investors, the government raised around $4 billions making it the biggest IPO in Japan this year and the third largest IPO in the world (after Postal Savings Bank of China and Innogy in Germany). The issue was for 75% reserved mainly to domestic investors while the rest was made available to foreigners.

The price was predicted to be around 2440 ¥ per share back in September but on the 17th of October it was set to 2600 ¥, the highest end of the advisors’ range. The stock performed really well during the first day of trading, it began trading up 20% from the initial price and by the end of the day it decreased to 2990 ¥, realizing a 15% gain. 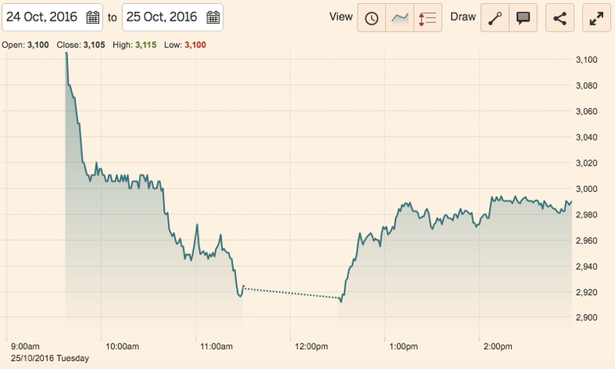 There are mainly three reason behind the great success of this IPO.
First of all, thanks to the excellent experience with the previously listed Japanese Railway companies (since its listing Central JR quadrupled its price, East JR doubled it and West JR saw a 70% increase), investors already like the sector and know its potential. If we consider the gross margin of the already mentioned JR companies, the figures are comparable with Apple’s ones, and this increases expectations about JR Kyushu. 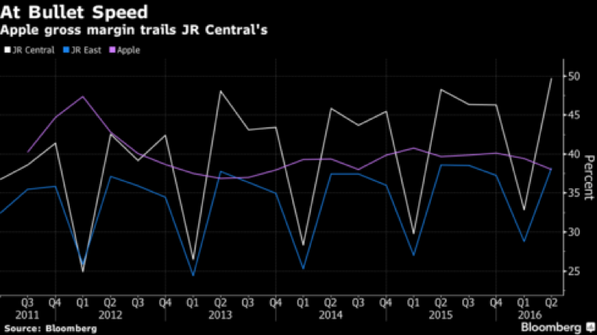 The second reason is represented by the high yield offered by the stock. Japanese investors are nowadays used to zero or negative interest rates on government bonds and bank accounts and are therefore piling up cash. It has been estimated that half of the whole country’s household savings ($9 trillions) is kept in cash and in bank deposits as no investment alternative is available in the market. JR Kyushu offered to pay a generous dividend of 37.5¥ every 6 months which implies a dividend yield of around 3%. This particular feature, together with the aim of the government to stimulate investments has increased the demand and the price for the stock.
The last key factor are the operations of the company. Their core business is passengers’ trains however, especially in the last decade, JR Kyushu has developed enormously its real estate business building restaurant, hotels and shopping centers around its stations and in the whole region where it operates. This development was fueled by the increase in tourism in the island of Kyushu and has helped the company to diversify its sources of revenues.

However, this stock is not just a cash cow, investor will have to bear some risks. First of all, the main challenge is that of earthquakes and eruptions which seriously put train lines in danger. Moreover, the Railway business doesn’t have the possibility to grow due to its local position and due to the widespread phenomenon of shrinking population on the Kyushu island. As the population declines and more and more people get old, it will be harder to keep trains crowded. Lastly, being trains a public service that should be available to everyone, it will be impossible to cut unprofitable lines.
In the most recent data on revenues, the railway division has in fact accounted for around half of the total revenues but has had a loss. Fortunately, the real estate business was profitable enough for overcoming the loss but this gives an idea of the issue and the possible risk underlying this stock.