Klarna: the leading fintech during a pandemic

As the Covid-19 pandemic rages and redefines our understanding of the world, people have been coming to terms with the new and no longer interconnected way of doing things. Instead, they have turned online in search of substitutes for their day-to-day activities. Thus, a new technological revolution has been spurred, a movement which has paved the way for many new digital companies. One of which is a Swedish fintech called Klarna.

Klarna was founded in 2005 and has since been growing in popularity as one of the new ‘buy now, pay later’ services. It allows its users to forestall payment at checkout by 14 or 30 days by providing an interest-free loan. One has to simply sign up to the Klarna app with their email and delivery address, and repay the amount owed when ready within the given time frame. In the meantime, Klarna pays the retailer and bears the credit risk, while charging the merchant a fee for its services.
Klarna evaluates their customers by algorithms that use publicly available credit information to run a soft credit check and evaluate details pertaining to the size, type and timing of the purchase to calculate the chances of fraud. As a deterrent of such situations, the consequences of a failed repayment are clearly stated in the terms and conditions on the app, and include a negative effect on the customer’s credit score and the involvement of a debt collection agency if the account remains unpaid after several months.
Klarna has created an appealing and easy alternative for many young cash-strapped shoppers by removing the waiting time for returns to be credited. This means that people can indulge in bulk buying, try on the items they receive and return any that they don’t like, and then only be obliged to pay for the ones that they decide to keep. This removes one of the main obstacles to online shopping -- the cycle of waiting for returns to be refunded.

Currently, Klarna has signed up around 200,000 sellers in 17 countries and captured 10% of the e-commerce market in northern Europe. This is an important feature of its business model as merchant fees are the main source of its income. However, online merchants more than appreciate Klarna for the increase in conversion rates and the additional sales growth that postponed payment brings them. Furthermore, ‘buy now, pay later’ services are expected to grow to $680bn in transaction value in 2025 worldwide, compared to $353bn in 2019, accelerated by Covid-19’s rise in online shopping.

The pandemic has also caused the share prices of banks to languish, forcing them to pass on riskier consumer credit to fintech upstarts, such as Klarna. Furthermore, Klarna’s business model has proven to be a more successful fintech strategy during the era of the pandemic than other neobanks. Its focus on monetisation from day one has made it look more resilient in a virus-afflicted world than businesses who depend on the promise of future revenue, and its business model’s built in user growth saves it from having to spend cash on prying customers from the incumbents.

Consequently, it is easy to see why Klarna has recently received a record valuation of $10.65bn. Its revenues have been rising by 37% year on year in the first six months of this year, doubling its valuation which has landed at nearly ten times its yearly revenue. At the same time, outstanding loans in the first half of this year have also risen by 44% on par with the rising revenues. However, Klarna’s business model has its risks. While revenues and outstanding loans have risen, so have credit losses. Indeed, more than a quarter of this year’s revenue has been sacrificed to credit losses; whereas, in the same period in 2019, this proportion was 19%. 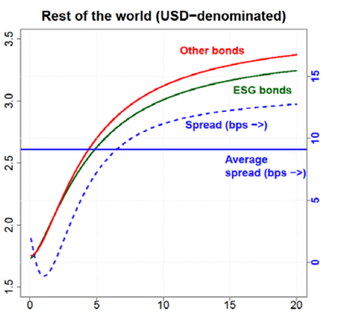 Currently, the industry is also under attack for encouraging people to overspend. It has been likened to a debt trap that does not support budgeting and instead incentivises the ‘I want it now’ attitude. Consequently, in September Britain’s Financial Conduct Authority began a review of the unsecured-credit market, which includes ‘buy now, pay later’ services. It seems that the firm may have to find a strategy to win over regulators.