Kraft Heinz and Unilever: when an M&A does not succeed

When rumours of a bid made by the giant Kraft Heinz, the food conglomerate backed by Brazil’s 3G and Warren Buffet, to acquire Unilever turned real, Unilever shares jumped 14 per cent to a record high and putting them on track for their biggest one-day rise since 1987. 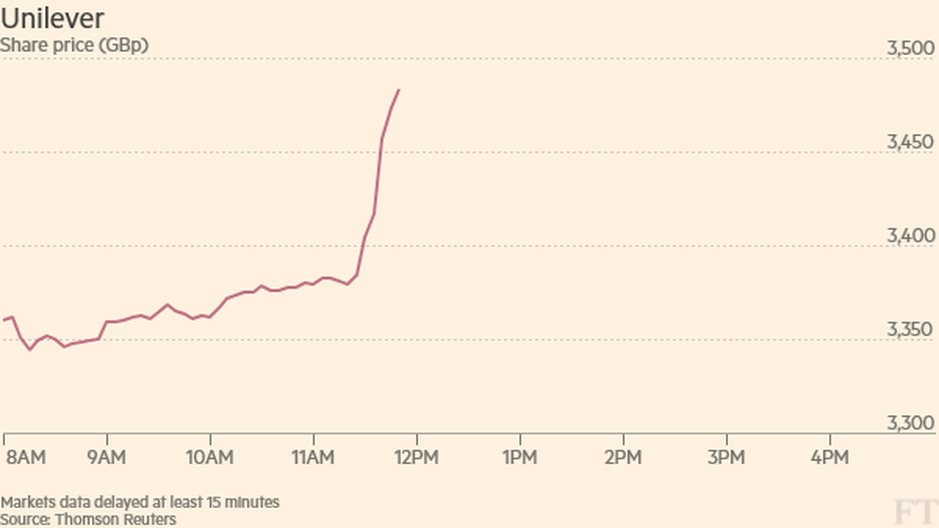 ​Kraft’s stock price has also taken off in New York trade, climbing more than 7% in the fist 20 minutes of the day. Kraft Heinz produces goods including the milestones Heinz Ketchup and Philadelphia cream cheese and was formed by the 2015 merger of Kraft and Heinz, a deal orchestrated by Buffet and Lemann.
​
​A statement released by Kraft confirms that this proposal to Unilever about combining the two groups to create a leading consumer goods company with a mission of long-term growth and sustainable living. Kraft’s proposal represents a premium of 18% to Unilever’s share price as at the close of business on 16 February 2017. The US Company offered an implicit $50 per share considering a $30.23 per share in cash payable in U.S. dollar and 0.222 new shares per existing Unilever share, therefore valuing Unilever total equity value approximately $143 billion.

​However, the Anglo-Dutch company rejected the bid because it says that it “fundamentally undervalues Unilever”. In addition, Unilever doesn’t see any merit, either financial or strategic, for Unilever’s shareholders. 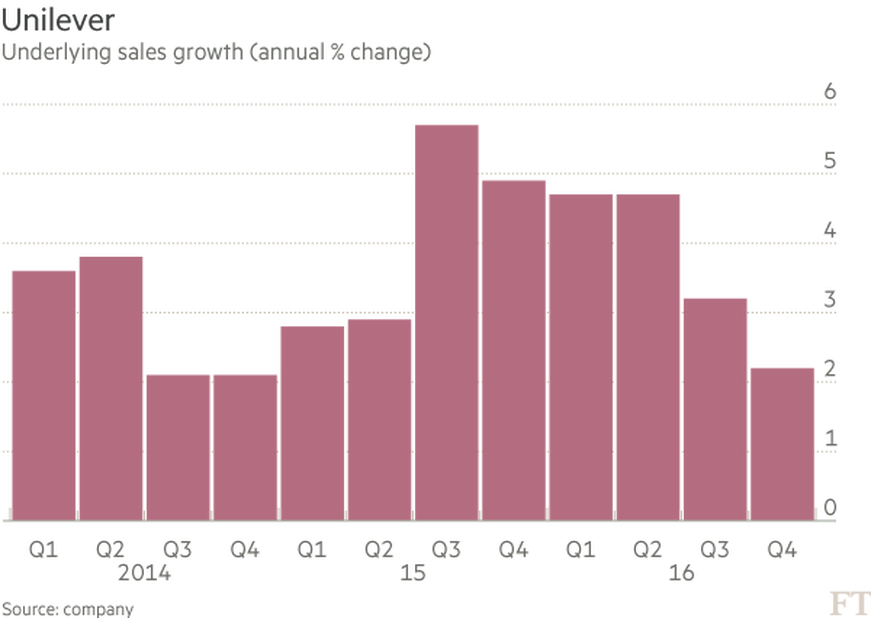 ​Despite its famous brands, Unilever has suffered in its biggest emerging markets, causing its share price to underperform the FTSE 100 index over the past 12 months, and has experienced a declining sales growth over 2016. The company is also known for its focus on trying to balance profitability with environmental sustainability.
​
Moreover, Kraft approach came in a sensitive moment for the UK, with its politicians and large businesses trying to navigate the uncertainty around Brexit. The exit-vote has caused a drop in the value of sterling, making UK assets significantly cheaper for non-UK cash-rich acquirers. 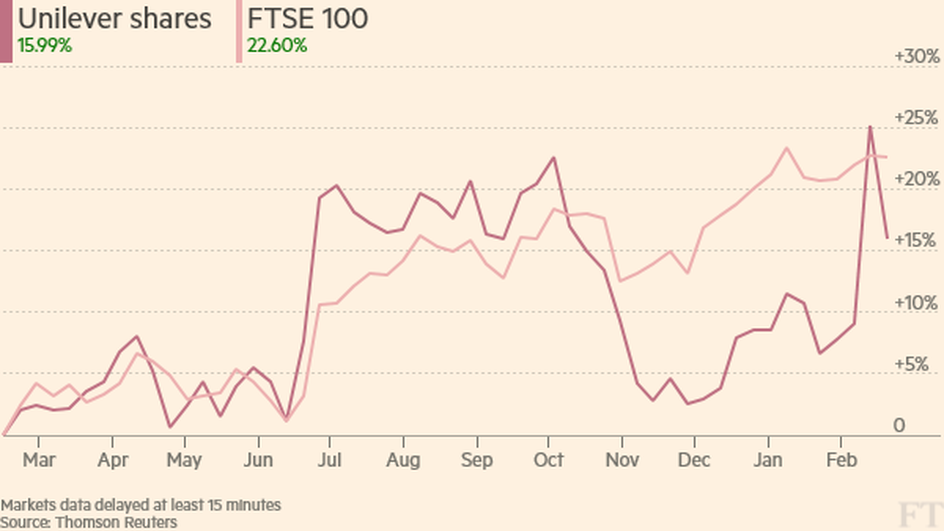 However, 2 days later, Kraft decided to drop its $143 billion takeover bid to create the world’s second largest consumer goods group. Indeed, if the deal had gone ahead it would have made it the second largest in history, after the $183bn takeover of Germany’s Mannesmann by Vodafone of the UK in 2000, according to Dealogic. Kraft Heinz said it had “amicably” agreed to end its merger plans, leading Unilever shares down 8.6 per cent after have followed a 13.5 per cent surge after the initial bid. The statement made by Kraft Heinz continues with “Unilever and Kraft Heinz hold each other in high regard. Kraft Heinz has the utmost respect for the culture, strategy and leadership of Unilever".