According to the World Bank data, the ongoing pandemic triggered the deepest worldwide recession since World War II. The Asian Development Bank recorded a contraction in Asian economies GDPs for the first time in 60 years.

Many governments, including the European ones, are looking at infrastructure projects as a way to stimulate the economic recovery.
Evidence suggests that leveraging such spending policies as infrastructure construction can enhance output growth via higher public expenditure, private investment and increased employment in the short-term. Nevertheless, the International Monetary Fund proved that, on average, countries waste one third of their infrastructure expenditure due to inefficiencies. Governments, therefore, need strong frameworks to plan and implement efficient public infrastructure. Meanwhile, the pandemic uncovered new vulnerabilities, showing that even countries with developed infrastructures were not sufficiently resilient to the disrupting effects of the pandemic.

Deloitte recently published a report, written in collaboration with Infrastructure Asia, where many issues are addressed as essential to develop high quality infrastructure in the aftermath of the pandemic. When the pandemic broke out worldwide one year and half ago, governments have tried to minimize immediate disruptions caused by gaps in healthcare, telecommunications and logistics facilities.
Their measures were aimed at offsetting changes caused by lockdowns and restrictions. With restrictions easing globally, especially in countries with efficient vaccination rollouts, governments should account infrastructure development as a way to stimulate the economic recovery. The initial focus of expenditures should be on existing assets, giving priority to maintenance and upgrade works as far as asset recycling. Moreover, at a supranational and coordinated level, governments should focus on redesigning economies, reducing the impact of future shocks and embracing a sustainable and resilient economic model.

Despite the huge downturn last year – a 3.5% contraction of world GDP according to IMF data– the number of newly announced infrastructure projects increased by 5%, totally 2550 new projects with a combined value of $739bn. Among these, 56% were classified as sustainable, primarily regarding renewable energy projects in solar, wind, biomass and hydroelectric power sources.
The majority of infrastructure projects encompass the power sector (63.7%), transportation (11.4%), leisure and property (7.9%), and oil and gas (5.6%). 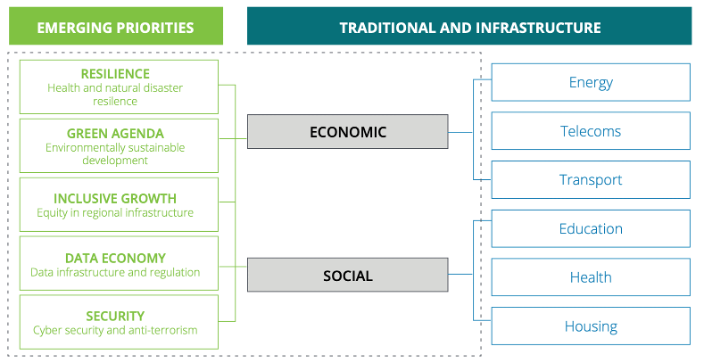 Source: "Leading South Asia Economic Recovery", Deloitte and Infrastructure Asia
​Sustainable Development to drive growth
The volume of infrastructure projects is expected to grow this year, as governments are designing policies and plans to support their recovering economies.Green developments are anticipated to be the lintel of recovery plans and the heart of infrastructure growth all around the globe, sustained by growing demand for renewable energy and global efforts to reduce carbon emissions.

US President Joe Biden launched “Building Back Better”, a projected 7$ trillion COVID-19 relief, future economic and infrastructure package. The plan is composed of three parts: the American Rescue Plan, a COVID-19 relief package approved in March 2021; the American Families Plan, a proposal to invest in areas related to childcare and education and The American Jobs Plan, a proposed plan of investments in infrastructure. The goal will be the renovation of the majority of the country’s infrastructure system, including 20,000 miles of highways and roads, bridges in disrepair, buses, stations and facilities.The plan will also focus on high-speed internet developments, including the 35% of rural Americans now lacking access to broadband, and renewable energy projects, creating an astonishing 10 million clean-energy jobs.

The European Union followed the lead, launching the €1.8trn NextGeneration EU and Multiannual Financial Framework plans to support the recovery of Member Countries hit by the pandemic.The plan provides financial support for investments and reforms, focusing on green and digital transition as far as encouraging private investments and preventing future health crises with the EU4Health program.In particular, green transition reforms traces the objectives of the European Green Deal to make EU’s economy sustainable by cutting pollution and boosting clean, circular economies thanks to the efficient use of resources.This infrastructure strategy will provide huge investments in sustainable projects to guarantee European countries will be climate neutral by 2050. 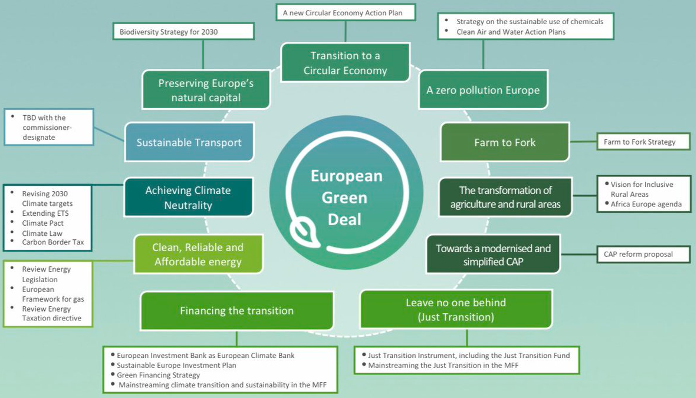 The Chinese government, with the renowned China’s Belt and Road Initiative, will heavily invest on sustainable infrastructure through its Green Silk Road plan. In South-east Asia, governments have clearly re-prioritized several sectors, such as renewable energy, logistics and transport, public health and technology. Regional governments gave mandates to investment banks and consultant to enhance inflows of funding from private investors too. 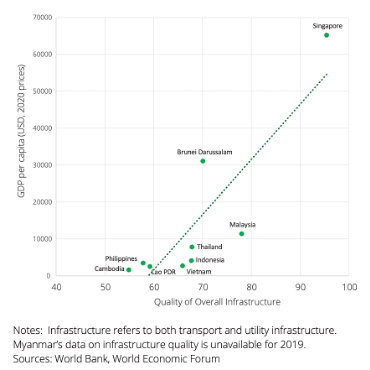 One country relying on infrastructures as a critical growth driver is the Philippines. The government is making efforts to revitalize numerous projects under the flagship “Build, Build, Build” plan. A Chinese consortium announced in January a $940m financing of Subic-Clark cargo railway project. Just two months later, in March, nearly 1000 engineers were hired by the Department of Public Works and Highways to fast-track a series of infrastructure projects.
​
International institutions and institutional investors are expected to support the infrastructure development across the Asia Pacific region. The Green Climate Fund will provide funding for $300m to the Asian Development Bank green recovery program, in order to supply technical assistance and lending to 20 green energy projects across South-east Asia.

Want to keep up with our most recent articles? Subscribe to our weekly newsletter here.​