M&A: China over US Technology

The Chinese giant HNA Group, leader in the horizontal diversification policy with an area of activity ranging from construction to air transport, has recently agreed to buy Ingram Micro for $ 6bn.

The all-cash takeover of the Californian company, famous electronics and IT distributor, has requested a $ 38.90 price per share, with a premium of 31% compared to the closing price of IM ($ 29.64) on Wednesday 17th.

Although remaining under the tender offer price, the value surged to $36.52 in after-hours trading, touching a 23% gain. 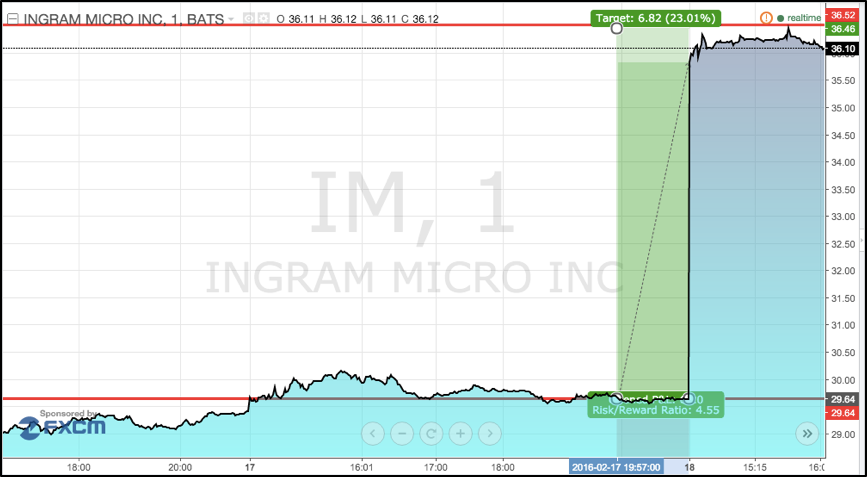 The agreement has been reached by the investments division Tianjin Tianhai of the Chinese conglomerate, upon the payment of a $400mln termination fee, in case the takeover hurdles to the opposition of the Committee on Foreign Investment in the United States (CFIUS).

However, overseas deals are getting more common in the international M&A scenario, and this acquisition is just the latest in a series of high-profile takeovers that Chinese companies are undertaking.
Clear signs of expansion towards foreign markets are evident, and the reasons are straightforwardly linked to the recent troubles in the Asian economy.

The underlying idea is to build a strategy oriented both to increase global presence and to acquire valuable assets in US and Europe.
Trivially, the main driver for Chinese enterprises is to seek better investment opportunities abroad, with the view of hedging the risk of the sluggish and nervous domestic market.

“With the help of Ingram Micro, HNA Group would have access to business opportunities in emerging markets, which have higher growth rates and better profitability”, said Adam Tan, HNA Group CEO.
With Ingram Micro’s acquisition, the Chinese conglomerate has reached a total amount of $92bn assets under control and 11 listed companies (as firm’s website reports).
Thanks to Ingram’s large international presence, the company will gain a solid foothold in high-growth markets, turning HNA into in one of the “National Champions”, as the president Chen Feng stated.

According to Deloitte M&A Trends Report, the percentage of corporate respondents investing in the foreign markets raised by 15% in a year, with Chinese firms closing overseas deal up to 16% from 2014.
Moreover, consistently with Financial Times, Chinese companies have spent the incredible amount of $80bn on foreign acquisitions just since the start of the year.
Given such a rapid M&A international expansion, are the levels of 2007 likely to be reached again?