This past Tuesday the White House announced that the President’s head of National Economic Council, Gary Cohn, will resign. The news came as Trump announced he plans to push forward a 25% tariff on imports of steel and 10% on aluminum, a policy of which Mr. Cohn has been in clear disapprove of.

​The former Goldman Sachs banker in fact, had always been seen as the voice of economic stability and free trade. Even when the president was tweeting and threatening to start a trade war, investors would count on the presence of Mr. Cohn to prevent these policies from taking place, but it appears that this time his influence and advice weren’t enough. 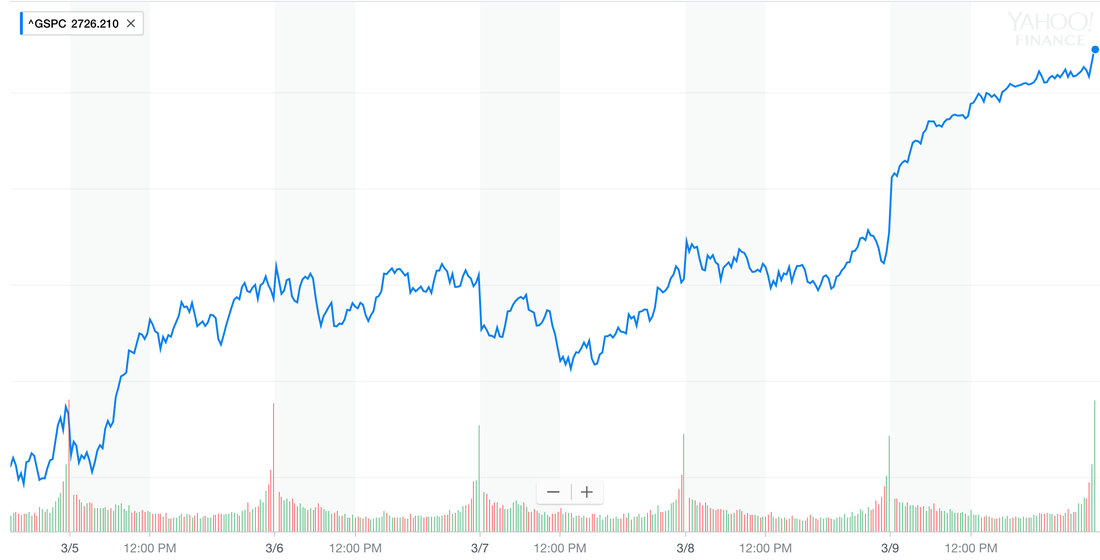 S&P 500 Index when Gary Cohn resigned. Source: Yahoo Finance
​Following the news, US stocks fell sharply at the start of trading, although the trend steadily turned more positive, as it appeared exceptions would be made for Canada and Mexico due to a successful outcome on renegotiation of the NAFTA. This comes as a great news for Canada that currently has almost 90% of both its aluminum and steel exports shipped to the US.
Reactions to this policy have been divergent: Republicans are deeply concerned as they feel this could lead to a trade war with other countries, while other members of the government like White House Trade Adviser Peter Navarro defined the policy a life-saver for the aluminum and steel industries which are now in a “life support” state.

US allies are trying to push for specific exemptions, Australia has expressed his confidence in being left out of the policy while neither the EU nor other major trade partners have announced immediate retaliation. The biggest complain came from Brazil, the second-largest steel exporter to the US, as it declared that, contrary to the President’s statement, its industry does not threaten the commercial interest of the US market.

The concern of rising US protectionism is quickly spreading, but the effects are still modest. The Canadian dollar and the Mexican peso have both weakened, and so have the shares of global exporters like Boeing and Caterpillar. International car makers and steel producers have also been sold by worried investors, but it seems like the market has been positively offset in the later days by the news of a potential meeting between President Trump and the head of North Korea Kim Jong-un regarding the permanent denuclearization of the country.

What is truly worrying is not the policy itself, if this was to be an isolate event it would affect merely a little more than 2% of US imports, but this is likely to be the first step of a wider protectionist plan. Even if this was not the case, the situation would allow for a precedent to escape WTO rules and let other countries apply their own policies claiming to “protect their essential security interests”.
​“The important issue is whether or not Cohn’s departure will mark a radical shift in US trade and economic policies “, said Stephen Gallo, European head of foreign exchange strategy at the Bank of Montreal. “If it does, it could have massive implications for global growth.” Either way we will have to wait and see at what level will Trump decide to apply these policies, hoping for a solution that won’t disrupt current world trade balances across nations.