US blacklists 28 major Chinese companies; among them some of the leading AI companies in the world

On the 9nth of October 2019, CNN shared a video named “Xinjiang: A New Explanation.” The video shot from a drone shows a large number of blindfolded, handcuffed men being transferred from a train station in China. The detainees wear blue and orange vests with “Kashgar Detention Center” written on them. Although the credibility of the video is not verified it has managed to intensify suspicions over the crackdown on the Muslim minority of Uyghurs in Xinjiang, Northwestern China. This crackdown has been strongly criticized by the United States as a violation of Human Rights and it is the basis for US blacklisting 28 Chinese companies, among them, some of the leaders in Artificial Intelligence in the world. In this article, we will go through the reasons behind this move and its current effect on those specific companies. 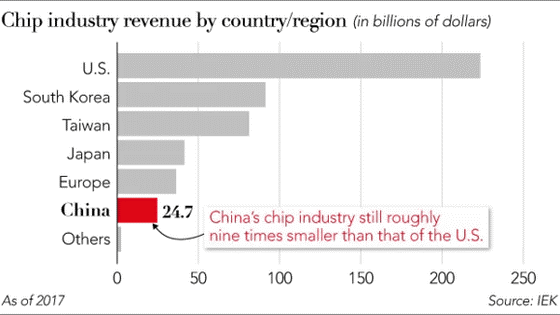 The blacklisting signifies that no US products can be sold to any of these companies; such products include software such as Google’s Tensorflow and Facebook’s PyTorch and GPU chips from Nvidia and Intel. The main reason behind it, according to the US Secretary of Commerce Wilbur Ross, is that “The US Government and Department of Commerce cannot and will not tolerate the brutal suppression of ethnic minorities within China." Some of the blacklisted companies include SenseTime, which is currently valued at $4.5billion making it the most valuable AI company in the world, Megvii valued at $4billion, and Yitu valued at $2.37billion, all three of which develop facial recognition systems which have allegedly been sold to the Chinese authorities and are therefore accused for indirectly contributing in “repression, mass arbitrary detention and high-technology surveillance.”

The effect of the blacklisting raised huge concerns about the companies’ future as Megvii had already filed for an IPO and SenseTime was seriously considering it. Although the news came as a huge surprise to stakeholders, representatives from Megvii stated that “No change to plans now but we will have to see what happens over coming days.” It is fair to say that investor confidence might have been hurt due to rising uncertainty, but the growth potential of these firms cannot be overlooked.

Some large publicly held companies were also included in the list. One of them is Shenzen listed iFlytek with a market value of $9billion, also accused of selling voice recognition systems to the Chinese authorities. IFlytek’s stock slumped to its monthly lowest value of $4.39 on October 8th, the day the blacklisting was announced. Interestingly enough, it rose again to $4.81 just two days later indicating that investors’ trust in the company was not severely damaged.

It is worth noting that this move comes along with the NBA ban in China as a reaction to Houston Rockets’ GM, Mr. Daryl Morey, who tweeted “Fight for freedom, stand with Hong Kong” and the Commissioner of the NBA, Adam Silver, refusing to apologize for the tweet. As a response, the Chinese government decided to terminate the tradition of pre-season games taking place in China. The Hong Kong protests have also been a significant source of criticism of China by the US, with the former replying that the US have no right trying to interfere with Chinese internal affairs. Seeing tensions rise between the two just days before trade talks shows that this trade war is fought in multiple fronts and the two superpowers are collecting as many bargaining chips as they can.