NTT and NTT DOCOMO: Together, once again

On 29 September 2020, NTT announced that it is planning to take private its publicly traded subsidiary NTT DOCOMO, which it listed 28 years ago. The $40bn tender offer is going to be the largest deal in the entire Japanese history (excluding banking). In this article, we analyze the deal, providing also a brief overview of the Japanese telecommunication industry.
Industry Overview
The Big Picture
Globally, the telecommunications industry is becoming more important for many national economies. In fact, more data than ever are exchanged across the world, with revenues related to Big Data expected to reach $103 billion by 2027. This huge amount of data requires a global and articulate infrastructure. Covid-19 crisis and lockdowns boosted the digitalization process that was already in place. Esports, which is expected to generate $1.5 billion in annual revenues, and Legalized Sports Betting are just two examples of how digitalization has changed our lives. Finally, governments are looking at 5G as the new technological frontier: whoever wins the 5G race, will have a dramatic advantage against other countries.
​ 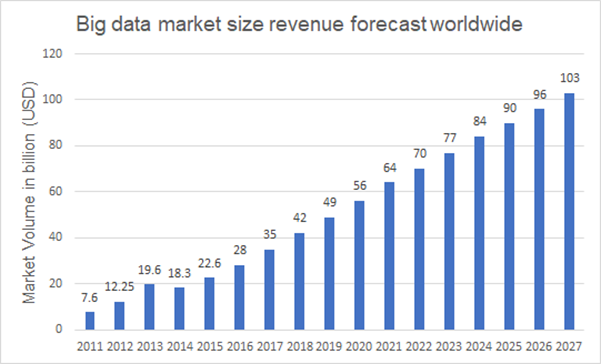 5G: The Next Big Thing
Nowadays, people want faster and more reliable internet connections. 5G is just at another level in terms of speed and reliability, and this is because 5G exploits aggregated bands to unlock bandwidths of over 1GHz. The most likely consequences of the advent of 5G are the following: As a consequence of the increase in performance both in terms of speed and reliability, more consumers may opt for it, increasing competition in the market. This phenomenon is strictly related to what can be defined as a “new space race,” that is the development of small, low Earth orbit satellites that may be able to deliver high-performance broadband anywhere on earth. The economic impact of 5G will be $12.3 trillion by 2035, according to IHS Markit.

What About Japan?
Japan has been a global leader in mobile communications since the ‘80s. Some of the sector’s milestones made in Japan are the first commercial mobile browser-based web service, the first mobile email, and the first handsets with cameras. What will be the next step? The 5G is about to bring the telecommunication sector to a new whole level, and Japan has all the right cards to entirely exploit this chance.

The full implementation of 5G will potentially lead to an impact in the following areas:
The Current Reality: A Complex Reality
The telecom industry in Japan is living an ambiguous moment. On the one hand, Japan has one of the most developed infrastructure systems in the world, with 93% of the population having access to LTE networks. On the other hand, due to consistent data traffic growth of 30% YoY that results in one of the densest networks globally, connection speed shows some strain.

Within the industry, different trends have different results and push the industry in different directions. As far as the telecom equipment market is concerned, foreign competition has had a disruptive impact on the Japanese ecosystem, mainly because Japanese network equipment vendors are at a significant scale disadvantage. The following chart synthesized the overall consequences: many domestic players exited the market as it was not profitable. 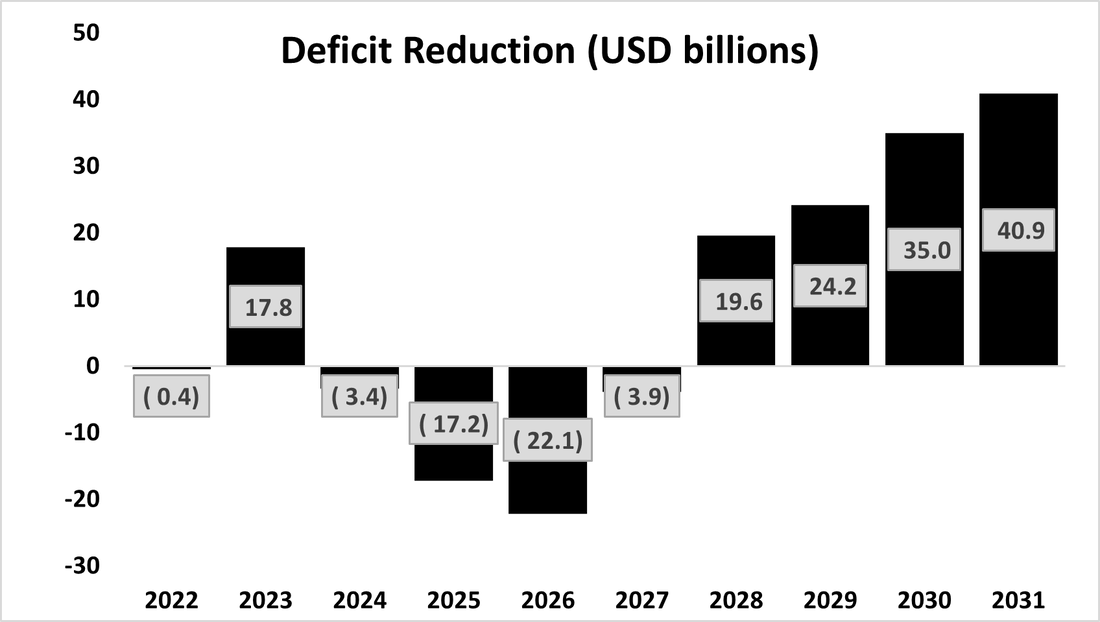 While if we look at the three major Japanese telecom operators, which are KDDI, NTT, and DOCOMO, the situation is very different and they financially have no competitor.
NTT DoCoMo’s Comps

The scenario is unique. They have a huge ARPU (Average revenue per user) of $38, compared with $20 for the European operators, besides their monthly churn is 0.7%, compared with an average of 1.9% across Europe. 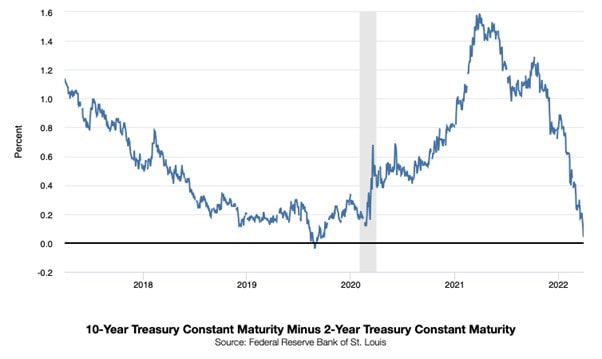 Source: NTT DOCOMO
Companies Overview
Deal Introduction
On 29 September 2020, NTT announced that it is planning to take private its publicly traded subsidiary NTT DOCOMO, which it listed 28 years ago, in a $40bn tender offer, launching the Japanese biggest ever tender offer. In the ‘90s Japanese telecommunication industry underwent liberalization, with NTT (which in the ‘90s enjoyed oligopolistic control over land lines in Japan) being weakened through division into several companies and subsequent IPOs . However, it seems that today the Japanese government is trying to regain control over the industry and NTT DOCOMO being taken private might signal the beginning of the de-liberalization of the telecom industry.

NTT
NTT (Nippon Telegraph and Telephone) is a Japanese telecommunication company. Ranked 55th in Fortune Global 500, NTT is the fourth largest telecommunication company in the world (in terms of revenue) and the fifth-largest publicly traded company in Japan. Being originally established as a state monopoly in 1952, NTT went public in 1987 raising ~$13.7bn. The current free-float of the Company is 64.90% with the Ministry of Finance Japan being the largest shareholder of NTT with a stake of 33.93%. NTT’s main lines of business are: Mobile communication (NTT DOCOMO), Regional Communication, Long Distance and International Communication as well as Data Communication (NTT DATA). In terms of financial performance, NTT managed to sustain a stable level of revenue, with NTT DOCOMO being the main contributor.

NTT DOCOMO has also contributed over 50% of operating profit to NTT, while relative profitability on all levels has been gradually decreasing over time. Overall, NTT’s financial performance is one characteristic of a traditional company strongly influenced by the government (stable revenues and gradually decreasing operating efficiency).
NTT DOCOMO presents the core of NTT operations and contributes the most to financial performance. 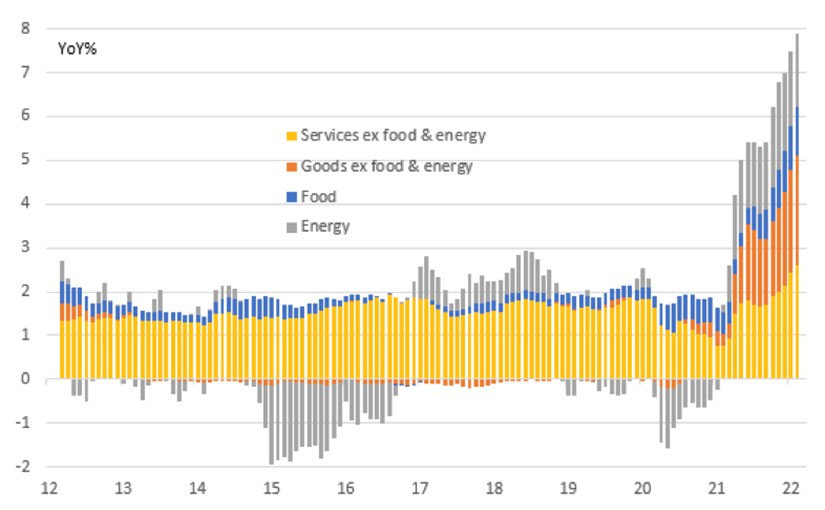 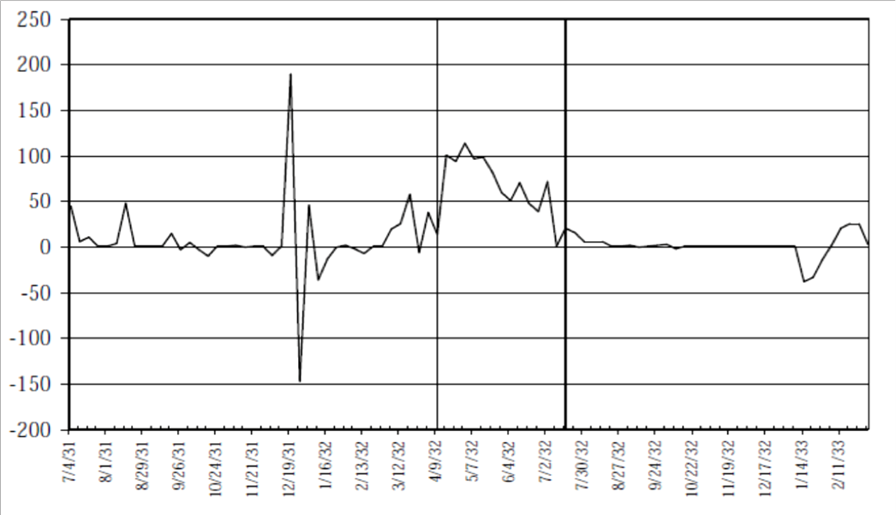 NTT DOCOMO
NTT DOCOMO ("DO COmmunications over the MObile network") is a subsidiary of NTT and can be considered the predominant mobile operator in Japan with an approximate market share of 44% (as of Mar-2020). DOCOMO was spun-off from NTT in August 1991 to take over the mobile cellular operations.

NTT DOCOMO held its IPO in October 1998 raising ¥2.13tn (just under $18.4bn and nearly $5.0bn more than parent company NTT in its IPO), becoming one of the all-time largest IPOs worldwide. Prior to the announcement of the tender offer, NTT was the majority shareholder of NTT DOCOMO with a stake of 66.21% and total free-float of 32.8%.
The main lines of business are: Telecommunications and Smart Life (daily services applications).

Even though NTT DOCOMO has a major share, it still manages to sustainably grow its subscription base. As for financial performance, the same as the parent company NTT DOCOMO revenue base has been stagnating over the last several years. At the same time DOCOMO has managed to maintain a stable level of relative EBITDA profitability, while Net Profit has been decreasing over the past 2 financial years. Despite DOCOMO efforts to diversify the business by providing complementary services, a major part of revenues is created by the telecommunication business. 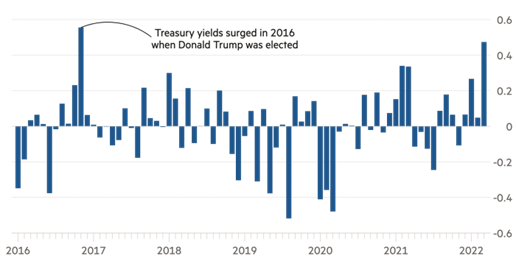 As for trading performance of NTT DOCOMO, it can be observed that before COVID DOCOMO performed almost at the same level as the parent company. However, after the beginning of COVID pandemic share prices of companies performed in the opposite direction: while the share price of the parent company was negatively affected, the share price of NTT DOCOMO gained during the pandemic, probably resulting from the fact that usage of telecommunication services increased significantly due to lockdown and switch to remote working.

As for the most recent development, without any surprise, the tender offer provoked a rise in the share price up to the offer value and a significant increase in trading volumes.

Deal Rationale
Even though NTT decision to take NTT DOCOMO private can be considered reasonable taking into consideration the growing importance of its operations to the whole NTT Group, the decision might also have been affected by political reasons. Currently, the Japanese government is pursuing an effort to cut telecommunication prices as well as mobile fees, and thereby taking NTT DOCOMO private will come in-handy as post-acquisition DOCOMO will no longer be answerable to shareholders, but to the Japanese government (as Ministry of Finance Japan is the top shareholder in the parent company, NTT). If the government instructs NTT DOCOMO to cut prices it will have to oblige and then it will be just a matter of time as other major market players (KDDI and SoftBank) will follow. The acquisition will essentially allow the Japanese government to execute influence over the whole telecommunication industry-shifting back to the industry state before the ‘90s. NTT’s chief executive, Jun Sawada, stressed during a press conference that the buyout was directly linked to government pressure on pricing. However, indirectly, admitted that as result of acquisition “DOCOMO will become stronger with a more solid financial position so it will have capacity to carry out further price cuts”. 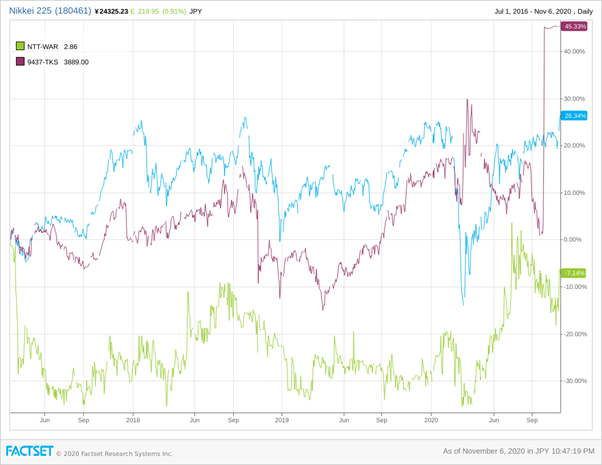 Another potential reason is the recent rising pressure on Japanese companies to improve corporate governance and in particular to eliminate so-called parent-child pairs of listed companies seen as potentially abusive to minority shareholders.
Taking NTT DOCOMO private is not supposed to create any powerful synergies or boost companies’ performance, taking into consideration the previously close relationship between companies. After taking NTT DOCOMO private, NTT plans to focus on expanding international operations, as the Japanese home market is gradually losing growth prospects due to high market saturation. However, in the short-term, the most probable change after the acquisition will be related to the corporate governance of both companies.
The Deal
NTT, the largest telecommunication company in Japan, has announced that it is planning to regain full control over its subsidiary NTT DOCOMO (mobile operations) acquiring the remaining 33.79% stake in DOCOMO. However, essentially NTT is planning to acquire only 23.79% (90.00% in total) in order to subsequently launch a squeeze-out to compulsory acquire the remaining shares.

Prior to the tender offer, DOCOMO publicly traded shares were valued at approximately $30 billion. NTT agreed to pay a premium of 41% over the share price as of the end of September, with a tender offer of ¥3,900 ($37) per share of resulting in a deal valuation of ~¥4.3tn (~$40bn) and making this domestic deal the largest in Japan history (outside the banking industry). In the filing, NTT said that its initial secret offer to DOCOMO on 11 August 2020 represented only a 22.5% premium and was raised several times before a deal was reached.

The tender offer is all-cash and taking into consideration that NTT had only ~¥1tn in cash (as of 30 June 2020), the Company is planning to use bridge financing consisting of domestic bonds, foreign bonds, bank loans and other forms of financing to finance the deal. NTT is also considering potential securitization of receivables and asset sales to finance the deal, while stock issuance is not under consideration. However, NTT’s CEO Jun Sawada proclaimed his confidence in the deal saying that it will make it easier for the recombined company to sell assets, generate enough cash to payout dividends and repay this large debt.

The tender offer was launched on 30 September and will remain open until 16 November, the condition of the offer execution is the minimum acceptance of 0.45% (~14.7m shares). A significant amount of DOCOMO’s free-float shares was held by both active and passive asset management firms due to DOCOMO being a part of various international and domestic indices, however, there were no shareholders with a stake even exceeding 2% (except for NTT, 2nd largest shareholder Nomura AM with ~1.4% stake)

On 29 September 2020, in the result of rumors prior offer announcement, NTT DOCOMO shares sharply rose and closed up 15.78% at ¥3,213 with the offer being announced post-market close. On 30 September 2020, share price gained an additional 20.9% fixing at ¥3,877 – 3,887 level during the following days. At the same time, the tender offer was relatively negatively accepted by the market with NTT’s share price shrinking by 2.9% on the 29th and subsequently by an additional 3.6% on the 30th of September. Median broker consensus fell by 6.2% from ¥3,055 on the 29th of September to ¥2,866 as of mid-October (later date due to lag in broker’s forecast).
Sources
ANALYSTS