​PayPal: Is it a Good time to enter China?

It won’t be long till Chinese consumers will have a new way to shop online. In early October it was announced that the People’s Bank of China gave approval to Payments platform giant PayPal to acquire 70% equity interest in Guofubao Information Technology Co. (GoPay), which holds licenses for online and mobile transactions, and mainly provides payment products for industries including e-commerce, cross-border commerce, aviation tourism and others. This makes PayPal the only foreign company to hold licenses to provide domestic and cross-border web and mobile payment services in China, a country which had Rmb277tn ($39tn) of mobile payments made just last year.

The decision of China’s central bank, allowing the US company to take a foothold in the country’s valuable payments market by buying a majority stake of Chinese payments group Gopay came as a surprise, considering increased tensions between the U.S. and China, with The Washington now restraining some U.S. investments in China due to the trade dispute between the countries.
​
China’s payments market hit ($41.51 trillion) in 2018, up more than 28 times from five years before, according to the People’s Bank of China (PBOC). Today the market is dominated by local players. Alipay, from Alibaba’s affiliate Ant Financial, and Tencent’s WeChat Pay (Tenpay) have established a strong grip on the domestic transactions of the millions of Chinese who feel comfortable to use their phones to order new clothes, a quick food delivery, or fresh fruits to their door. Alipay had 55 per cent of the market and Tencent had 37 per cent in the first quarter, according to iResearch. 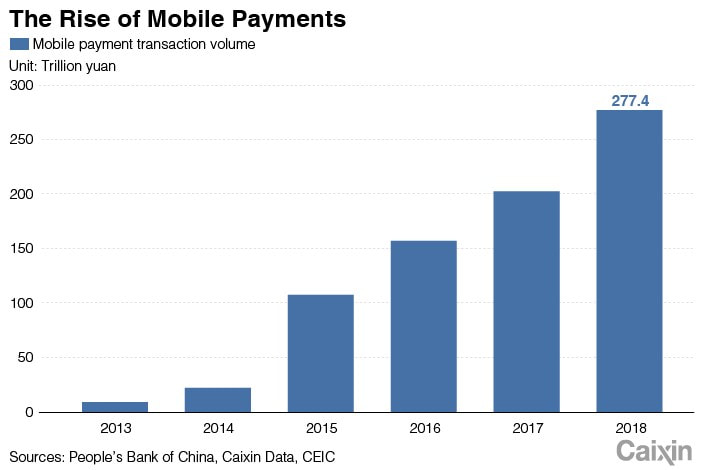 Xue Yu, an analyst at IDC mentioned that china has a mature market which leaves PayPal very small chances to establish itself. However, good news for PayPal is, there’s still plenty of room for the market to grow which can be taken up by new entrees. A report from Frost & Sullivan shows that the mobile payments market is expected to grow 21.8% from 2017 to 2023, when it is expected to reach $96.73 trillion. The main cause for this is the increasing demand for e-commerce. The report also said the total number of mobile payment customers is expected to reach 956 million by 2023, up from 562 million in 2017. This is another noticeable sign for growing market. We can guess that this was the reason for China’s central bank statement last year stating that it would open further to foreign payment companies.

According to PayPal’s research from last year (published on Financial Times), China is the only market ahead of US in online shopping, in value terms. Considerably bigger number of Chinese shoppers buy from abroad than US shoppers, with 35 per cent of those responding to PayPal’s survey saying they shopped both domestically and cross-border, compared with 27 per cent in the US. 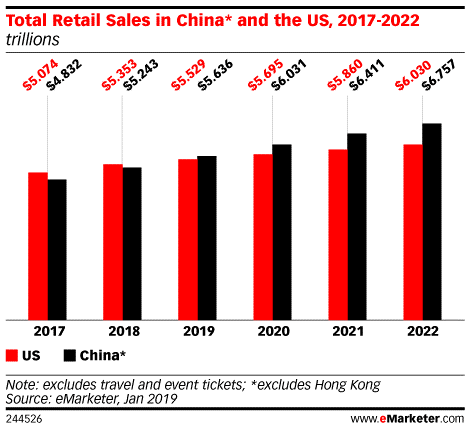 Another factor which should be considered by PayPal is Gopay itself. “Gopay’s business is dying. The only value the company has is its licenses. And HNA has been looking for an acquirer to extract cash” said Kou Xiangtao, a payments industry analyst and head of industry media firm ShowFin. He also mentioned that the company had been a “shell” since the money-laundering fine.

GoPay was founded in 2011 and got their payment license issued by the government in 2016. However, it has been struggling to grow their business probably because of the high competition within the market. Only a few business partners were listed on their website, including their previous parent company, Hainan Airlines.

Going back to what Kou Xiangtao said, in 2018 GoPay got a ticket from PBoC, with a fine of over RMB 44 MM (more than $6 MM). The reason was "providing payment services to unidentifiable individuals/institutes". Of course we cannot know if the regulatory ticket was the major reason for Hainan Airlines to sell GoPay, however it is certain that PayPal should take care of this subject, once they complete the transaction and roll into operation.

Going back to the tensions between two counties. PayPal made a bold decision to get involved in this transaction, however its decision was strongly backed up from the Chinese side despite talks in Washington calling for the US to bring its business out of China. Zhang Monan, a researcher at the China Center for International Economic Exchanges mentioned that in spite of tensions between the countries, China continues to deepen ties in many fields in US, and foreign investment in China will enable the country to increase its pace of globalization.

This deal is a very good example of Chinese markets opening up for foreign competitors, of course the door is not fully open yet, however this can be seen as a start point of increased globalization of china and less concentrated Chinese market with international players competing in some areas of the payments value chain.

Global card networks Visa and Mastercard are struggling to crack the Chinese market, since China’s ascension to the World Trade Organization in 2001. The license would allow the companies to issue branded cards and to clear renminbi transactions between merchants and banks. But both companies are on hold until a resolution to the trade war is clear.

To conclude, it can be said that although we agree that it is a remarkable achievement for PayPal to be the first foreign company to enter China's payment market, this might not be the best time for the move. The outlook from this market is conservative, based on the political tension, market competition, as well as the company (Gopay) PayPal acquired.

PayPal said that transaction is to be closed in Q4 2019 and is subject to customary closing conditions.