Since the default of 2012, the Greek stock market has not been a safe haven for corporations and this is the reason for the nearly non-existing number of IPO’s and a great number of Private Equity deals regarding Greek companies as well as companies going private.

Two examples of Private Equity deals will be discussed in this article in order to illustrate that Greek entrepreneurship is going strong even through the hardships of the Greek financial crisis leading to investors entering the Greek market, either publicly (Prem Watsa, John Paulson) or – as we are going to see- outsider such as Delivery Hero, a German conglomerate and Hummingbird Ventures, who backed Taxibeat’s startup funding ($4mln), which was sold to DAIMLER for roughly $50mln.

These success stories are here to prove that Greece can be turned into a luring resort for alternative investors in the short run, but definitely illustrates that Greek entrepreneurship is here to stay and not only through the likes of the maritime industry. 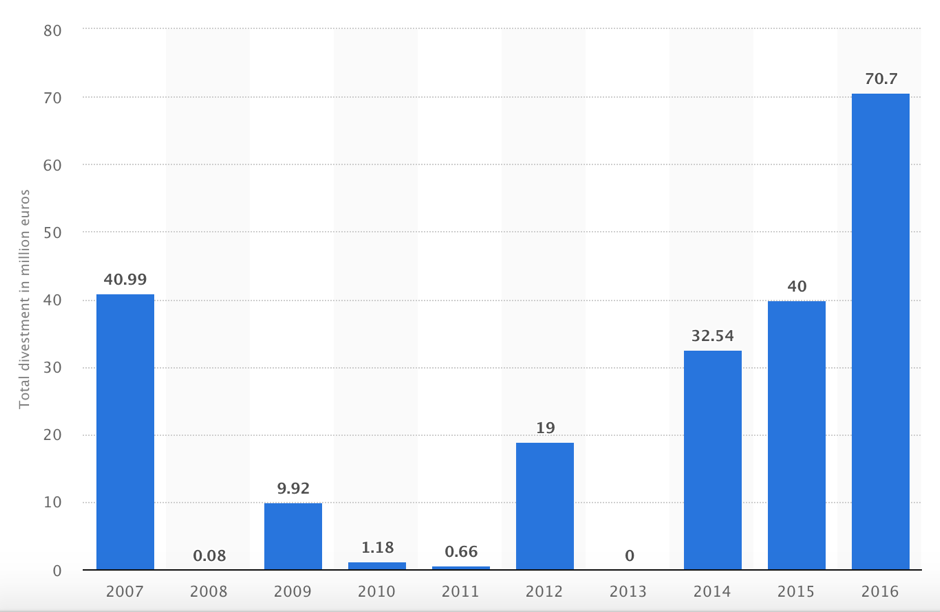 As promised, we are going to have a look at the two aforementioned deals, starting with that of Deliveras.gr, a company which served as an intermediary between consumers and restaurants through its application and website, dominating a niche market and making it unthinkable for any reasonable restaurant manager not to have his/her restaurant on Deliveras.gr list. At the same time, e-food.gr became a worthy competitor and functions in the same terms as Deliveras.gr. The outstanding performance of these two firms attracted private investors and Delivery Hero – a German established firm, made a move in 2015 and bought 100% of e-food.gr for 22 million euros and completed a “takeover” of Greek food delivery industry by acquiring 100% of Deliveras.gr on February 13th ,2018 for roughly 30 million euros - according to rumors, as nothing has been issued regarding the topic. It is worthy of mentioning that Greek market for food and drinks has an annual revenue of about 2 billion euros and the ‘brokering’ of Deliveras.gr and e-food.gr are going to aid the German firm increase its own revenues substantially.

The second deal I would like to analyze is one from last year and it is a success story in absolute terms. It all started in 2010 between 4 friends who got a funding of 40,000 euros from Athens Open Fund and turned it into a 43eur million deal from the German conglomerate DAIMLER, through its subsidiary company, mytaxi. The company is active in the two biggest Greek cities; Athens and Thessaloniki, and is also involved in Lima, Arequipa and Cusco, Peru. It operates through 8,000 registered taxi drivers and boasts 540,000 subscribers in its iOS and android applications. The deal closed in February 2018 privately and no information of any kind was disclosed.

On a final notice, looking into venture capital in developing markets such as Greece can turn out to big winners given the niche markets they operate on. What is more, when DAIMLER and Delivery hero made their investments, they realized the numerous risks they had to hedge, however they leveraged on their financial expertise to acquire these firms with an ultimatum of becoming monopolists in their market, a trend and wish of the majority of corporations that began in 1980’s. An interesting reading on the topic is available through The Economist, The rise of the superstars, September 17th 2016.