Sanofi to acquire Ablynx for €3.9 billion

Sanofi to acquire Ablynx for €3.9 billion
The French pharmaceutical company Sanofi has agreed to buy the Belgian biotech company Ablynx for 3.9 billion euro, beating Novo Nordisk and realizing its second big deal of the year after having purchased Bioverativ.

Biotech M&A boom
The transaction, unanimously approved by both the Sanofi and Ablynx Boards of Directors, is a further sign of the accelerating merger and acquisition activity in the global biotech sector.
Multibillion-dollar deals in biotech, indeed, have reached a peak in these months, with the U.S.-based Celgene paying $9 billion for the cancer specialist Juno Therapeutics, and several experts predicting a bumper year for M&A.

In 2018, total biotech M&A so far stands at $26.3 billion, more than 80 percent of the value of all deals in 2016 and far ahead of any comparable trimester score in over a decade. Such deals are being driven by the need for large pharmaceutical companies to take advantage of the promising new medicines being developed by smaller rivals to help stimulate growth. 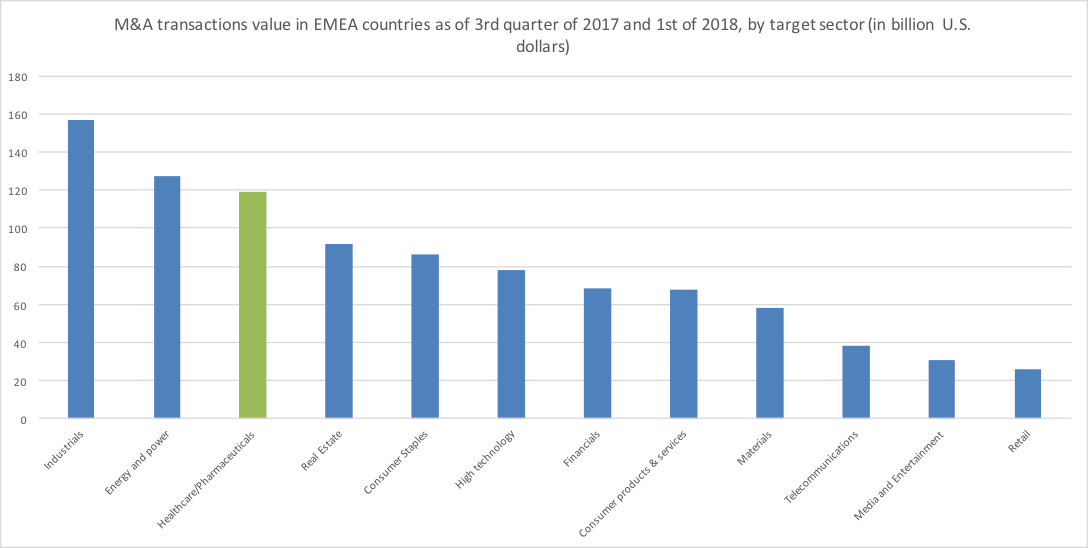 Beating Novo
Last month, Sanofi agreed to buy the U.S. haemophilia specialist Bioverativ for $11.6 billion, its biggest deal in seven years and a major play to strengthen its presence in treatments for rare diseases. Just following, the drug maker entered into a definitive agreement with Ablynx, which had rejected the 2.6 billion euro offer from the Danish Novo Nordisk.

“The Ablynx acquisition makes strategic sense and fits nicely into Sanofi's portfolio,” said Alistair Campbell, an analyst at Berenberg. “However, from a valuation point of view, Sanofi has paid a lot for Ablynx. Their hand was forced a bit by Novo's earlier bid for it."

Sanofi will be able to use its existing infrastructure and the recently acquired platform from Bioverativ to help commercialize the experimental drug caplacizumab and other drugs Ablynx is working on, such as an infant anti-viral treatment, that would not have fitted within Novo Nordisk.

The Danish group CEO Lars Fruergaard Jorgensen stated that Novo Nordisk needs external innovation to broaden its product line-up, however he conceded defeat, saying he could not justify the knock-out price being paid by Sanofi for Ablynx. 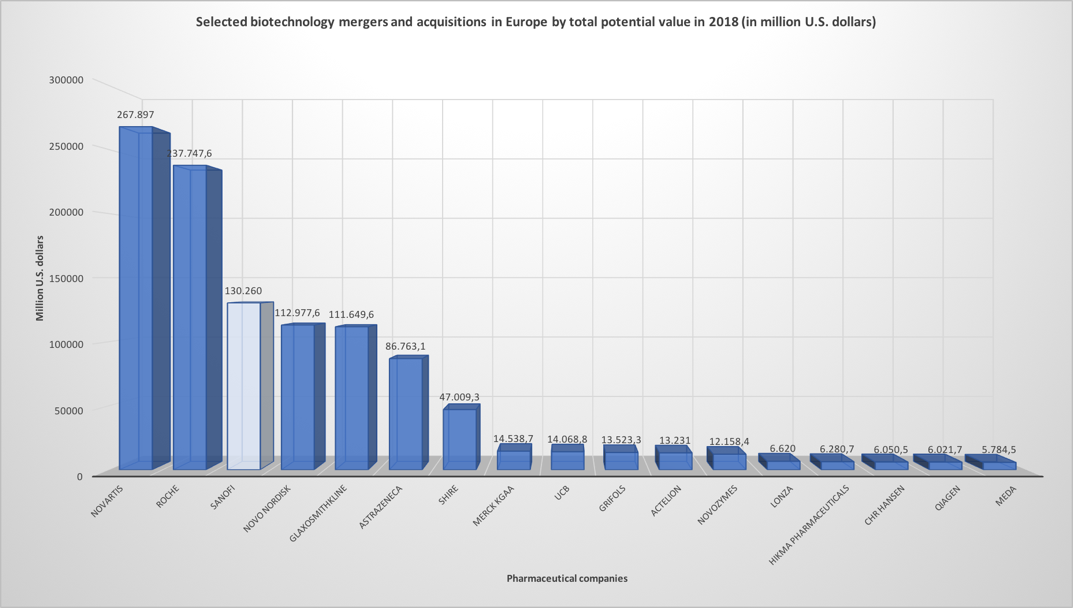 About the pharmaceutical companies

Sanofi is focused on transforming scientific innovation into healthcare solutions around the globe, by preventing illness with vaccines and providing innovative treatments to fight pain and ease suffering.

Ablynx is dedicated to creating new medicines which will make a real difference to society. Today, the Company is engaged in the discovery and development of Nanobody technology. Lately, eight Nanobodies have entered clinical development and, as the Chief Executive Officer Edwin Moses said, Sanofi’s global infrastructure, commitment to innovation and commercial capabilities will accelerate this course. Sanofi, indeed, is committed to accelerating development and maximizing the commercial potential of Ablynx's ongoing and emerging programs.

Transaction terms
The addition of Ablynx is anticipated to drive meaningful long-term value for Sanofi's shareholders by enhancing its pipeline and research capabilities.

Sanofi said it would pay 45 euros per share in cash for Ablynx and a premium of 21 percent over its closing price, by the acquisition of all of the outstanding ordinary shares, including the ones represented by American Depositary Shares (ADSs), warrants and convertible bonds of the company.

The completion of the public offers is subject to customary conditions, including the offer of securities representing at least 75% of the outstanding shares of Ablynx at the end of the initial acceptance period of the Belgian Tender Offer, and the receipt of required regulatory approvals. The public offers are expected to be launched by the beginning of the second quarter of 2018.

In accordance with the Belgian requirement of certainty of funds, Sanofi has entered into a bank credit facility, BNP Paribas Fortis SA/NA acting as the sole credit facility arranger. Subject to the satisfaction or waiver of customary closing conditions, the transaction is expected to be closed by the end of the second quarter 2018.