After Donald Trump’s surprising victory in the United States presidential election, the stocks of European aerospace and defence companies were among the major winners of the following trading days.

The reason for the market reaction is the election of Donald Trump, which will probably lead to major geopolitical uncertainties, especially on the European continent. During his campaign, Trump repeatedly demanded from the European NATO members to pay their “fair share” of the defence budget if they want to keep the privilege of being protected by the US Army. Although many people disagree with most of Trump’s statements during his presidential campaign, it is a fact that European countries spend way less than the US on defence, both in absolute and relative terms:

Only five member states of the NATO matched the guideline of 2% of GDP defence expenditure, as pledged in 2006. Among the countries that spent less, there are nations with large GDPs and therefore plenty of purchasing power to buy military equipment, including Germany, France, Italy and Spain. The most bullish case would be if Trump keeps his campaign promises and remains tough on the military spending issue. This would not only lead European countries to invest 2% of their GDP in defence in order to match the NATO guideline. In expectation of reduced US support, European countries could spend well above 2% of GDP in the years ahead because after years of reduced investments in military, a catch up effect to rebuild their armies would raise expenditures to elevated levels.

The second important reason for the attractive prospects of aerospace and defence stocks in Europe is the expected reversion of the major trend of cutting military budgets. After the cold war ended, European countries started to reduce defence spending because of the perception that the only threat to European security, the Soviet Union, no longer existed. The trend of reduced military expenditure continued in recent years for NATO members except the United States. 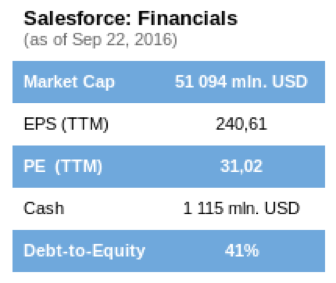 In the chart above, a reversion of the trend in the last three years can be observed. After cutting defence expenses at a rate of 2.4% a year from 2010 to 2012, the reduction slowed down in 2013 and 2014, turned to an expansion in 2015 and is projected to grow at 3.0% in 2016. The trend started to reverse as the relations with Russia deteriorated in recent years and turned to an increase in military spending a year after the annex of Crimea by Russia in 2014. Since defence budgets lag the changed geopolitical environment, a further increase in the coming years seems probable. Additional to Russia being a driver of the past years, further reasons for European countries to increase defence budgets emerged in the past years. Two major attacks of the Islamic State took place in Europe (Paris, November 2015 and Brussels, March 2016) that could drive an initiative to reinforce Europe’s efforts in the war on terror, which could include more air strikes and military presence in the Middle East. First signs of increased awareness in Europe appeared on 30 November 2016 when European Commission Vice President Jyrki Katainen informed reporters of a € 5 billion common defence fund of the European Union. From 2020 on an annual investment fund will enable governments to develop assets together, including a separate research budget of € 500 million. Katainen emphasized that all 28 member states back the fund, implying that countries opposing similar ideas in the past are now supportive.

All in all, the prospects for European defence stocks are very promising. A possible shift in the geopolitical strategy of the United States under President Donald Trump and increased awareness in Europe of the necessity to increase military spending are two major drivers that could significantly improve the results, and thereby the stock prices, of aerospace and defence companies.