SoftBank does not soften and keeps its "Vision"

As early as 2010, Masayoshi Son, CEO of SoftBank Group, announced an ambitious plan for the next 300 years. The company's $100 billion investment fund is the largest tech fund in history. His idea was that, whenever people would use a smartphone, book a car, order a food delivery, book a hotel or make an online payment, all companies in the Softbank “family” would have benefitted from data transactions. Nowadays, being able to control data gives a huge advantage.

The Vision Fund, which has become the world’s largest private equity fund after raising more than $93 billion in 2017, had previously made investments in firms such as ride-hailing company Uber Technologies and shared-office space firm WeWork. In January and February 2019, there has been a considerable number of headlines referring to SoftBank’s deal activities. Despite the global slowdown and market sentiment, Masayoshi Son is ready to plan for the future.

Wow. - Investment in UK Fintech
On February 8, British digital bank OakNorth has secured $440 million in an investment round led by SoftBank. The company, which lends to small-to-medium enterprises through its digital platform, revealed that it had raised $390 million from SoftBank's Vision Fund, with the remaining capital coming from Clermont. The deal gives the three-year-old firm an eye-watering $2.8 billion post-money valuation, making it Europe's most valuable private fintech group.

OakNorth said the fresh capital would be used to drive expansion into the U.S. The firm has so far been mostly focused on the UK market, but is expanding abroad by licensing its technology platform to banks in other countries. The company touts its artificial intelligence-powered lending platform as a way to optimise credit for customers, while cutting many of the costs traditionally involved in the process.

SoftBank's Vision Fund has been a major investment player in the tech sector, pumping money into the unicorns. With recent volatility in the US market, investing in Europe and Asia can provide good advantages in terms of risk diversification. 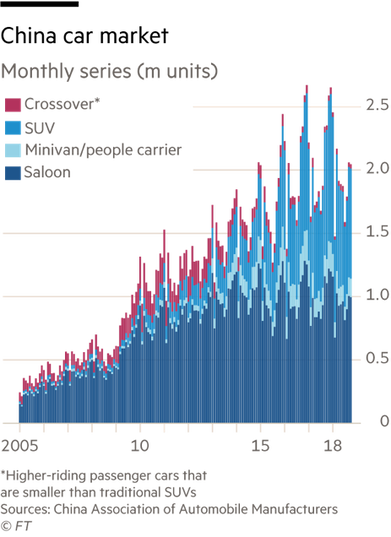 High Hopes - China Used Car
On February 2nd, Vision Fund announced its decision to invest up to $1.5 billion in the Chinese used car trading platform Guazi.com. This would mark the latest Chinese deal by the mammoth $100 billion investment fund as it looks to expand in the world’s No.2 economy, and would come after its investment of 460 million euros in the German used car dealing platform Auto1. The fund is likely to deploy up to $1.5 billion in Guazi in a deal that would value the firm at $8.5 billion before the investment.

​The opportunity comes as China’s new car market is languishing, following the removal of government subsidies, a weaker consumer sentiment and the impact of US-China trade tensions. Last year, car sales in China recorded their first annual decline after almost three decades. Masayoshi Son remains confident in the success of this market segment and expects a rebound to take place soon.
​
​Thank U, Next - Nvidia Exit
On February 6th, SoftBank’s Vision Fund has sold its entire stake in Nvidia in the latest blow for the California-based chipmaker, whose shares in the company have nearly halved since the end of September, but were still valued, according to SoftBank, at $3.63 billion, as of December 31. The fund held about 29 million shares prior to the divestment in January, making it the fourth-largest investor in the company.
Nvidia is part of a growing list of chip stocks warning about weakness in the world's second-largest economy, as well as global demand for smartphones. In January, Apple issued a rare cut in its revenue guidance, blaming a weak demand from the Chinese market.

SoftBank had seen a valuation loss of nearly ¥300 billion from the investment during the third quarter, although the Japanese conglomerate noted that it had recorded a derivatives gain of almost ¥250 billion from investments designed to limit the downside risk of the Nvidia stake. Shares in Nvidia have fallen 48 percent since late September and in January the Silicon Valley-based graphics chipmaker cut its fourth-quarter revenue forecast by half a billion dollars, warning of a slowdown of sales to gamers in China.

Bury A Friend - WeWork
SoftBank’s decision to slash its investment in the shared-office provider WeWork from $16bn down to $2bn has sent shockwaves through Silicon Valley boardrooms. The Japanese investor also revealed that its Vision Fund, backed by Saudi Arabia and Abu Dhabi, was no longer involved in the deal.

Founded in 2010 by Neumann, WeWork quickly made a name for itself in the coworking space industry, expanding its operations to 425 locations globally in a short span of time. The coworking space company, which notoriously offers crafted beer, snacks and coffee to its consumers, has been reeling under losses from the past few months. In the first nine months of 2018, losses reportedly quadrupled from a year earlier to $1.2 billion, on sales of $1.5 billion. 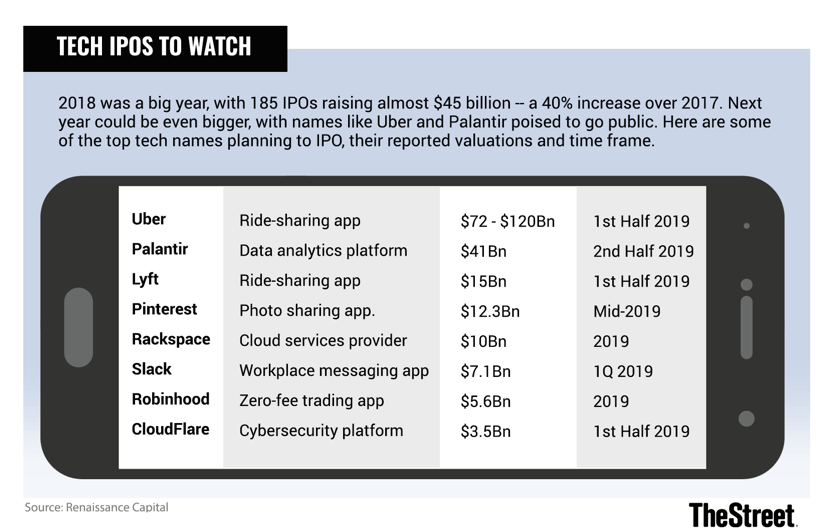 If the tech giants Uber, Airbnb, Pinterest, and Slack were to float this year at their rumored IPO valuations, they would all rank among the 10 largest VC-backed IPOs by value. But no one is immune to the weakening in sentiment shown by public markets. Private companies planning to raise new rounds of funding and to value themselves against the benchmark of other comparable public companies, whose share prices have recently tumbled, are likely to have a tough time.