Southeast Asia as the new center of economic gravity

Two years after China’s One Belt One Road was launched, Chinese investment along both the mainland and maritime routes has surged; various Southeast Asian countries have been engaged through joint ventures with Chinese state-owned enterprises or private entities. The above-mentioned initiative is a series of trade corridors with more than 65 countries (covering 4.4 billion people, roughly 63% of the world’s population) that aims to improve regional connectivity and to drive growth, allowing China to assume a proactive role in global affairs.

As a matter of fact, 47% of the surveyed large Chinese corporations identified Southeast Asia as their top destination for investment over the next three years. More precisely, Malaysia was flagged as the principal destination and has already seen a windfall in Chinese investment over the past year, followed by Singapore and Indonesia.

After a record-breaking year for Chinese outbound mergers and acquisitions (the value of outbound Chinese deals hit $101bn in the first quarter of the year, nearly eclipsing the previous annual result of $109bn recorded over FY2015), more mainland-based companies are poised to follow Alibaba in targeting assets in the fast-growing region closer to home. Indeed, the Chinese e-commerce and internet group last week agreed to take a $1bn controlling stake in Singapore-based online shopping start-up Lazada; this brings the company onto fresh and fertile ground, given that Singapore is highly developed and represents a relatively easy area to set up an ecommerce business in. 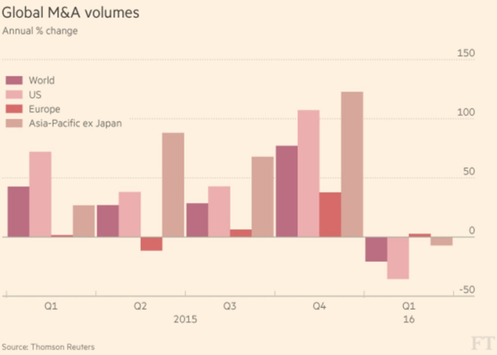 In a context where growth in many emerging markets is slowing down, several of Southeast Asian economies are expected to remain strong as the center of economic gravity has begun to shift to the Indo-Pacific region. Under this strong assumption, Chinese companies, together with the Government, will have to carry out complete risk assessments and have a comprehensive understanding of the destination countries in order to mitigate the arising limitations.

We are referring to a big region, fragmented across thousands of islands where each has a different rate of GDP growth and varying demographics. Political risks (China worries that changes in government might see a change in policy orientation) and uncertainties can halt the implementation of the “Grand Strategy” in Southeast Asia: even if most of the ASEAN (Association of Southeast Asian Nations) countries have expressed their support of the initiative, the level of commitment varies significantly. Laos, Cambodia, and Thailand are the most supportive States, while Vietnam and the Philippines appear to be more skeptical; Myanmar, Singapore, Indonesia, Malaysia, and Brunei comprise the middle nations. The discrepancy in the level of support can be grossly explained by the long-dated historical relations a state has had with China, in terms of economic dependence on China and past territorial disputes. With respect to this last point, the rise of populism in Southeast Asia and the territorial disputes over the South China Sea have increased an anti-Chinese sentiment (for instance, discrimination against Chinese ethnicity still occurs in parts of Malaysia). In 2014, China’s decision to move an oilrig into disputed waters led to a massive anti-China riots in Vietnam. Anti-China sentiment in Indonesia, while unlikely to return to the level that Chinese experienced in the 20th century, might resurface due to disputes regarding delimitation of maritime boundaries between the two countries.

Finally, homegrown terrorist groups and the rise of Islamic State influence in the region are also something that Chinese investors are cautious about. The spreading of ISIS to the region combined with the increasing engagement of China in global and domestic counter-terrorism all serve to make Chinese companies and properties more likely targets of terrorist attacks in the future.

Overlooking all these possible threats, Chinese companies have now the resources to start consolidating their backyard. Someone may think that they are bite off more than one can chew… Who will be right?