Straight out of the liquidity trap: an overview of ECB’s upcoming monetary policy
​

Given the financial turmoil occurred in 2008, the ECB decided to step in cutting interest rates. Over the following years, the main refinancing operations rate reached 0%, the marginal lending facility rate 0.25% and the interest rate on deposit facility -0.4%.

To provide further stimulus to the economy of the euro area, from 2009 to 2012, the ECB bought securities for a total amount of €76.4 billion, within its two Covered Bond Purchase Programmes. Moreover, at the beginning of 2015, the ECB launched the expanded Asset Purchase Programme (APP): initially buying on average €80 billion of public and private securities per month and then, after slightly more than a year, reducing the amount to €60 billion per month.
​

​
Are we going to assist to a monetary policy reversal any time soon? The answer seems to be positive, a more hawkish monetary policy is likely to be implemented by the beginning of 2018.

The strong pressure exercised upon the ECB by multiple Eurozone Central Banks is leading investors to price in a rate hike. In particular, the German Bundesbank has been the leading voice calling for the ECB to tighten its monetary policy. According to a study co-authored by Bundesbank board member Andreas Dombret, the negative deposit rate is unarguably jeopardizing the capability of banks to meet their cost of capital.

Clearly, the ultra-loose monetary policy was driven by the weak economic framework of the euro area after the Global Financial Crisis. The inflation rate was indeed beneath its target, the unemployment rate was rallying from the pre-financial crisis level of 7,5% up to 12% in 2013, and the GDP growth rate was barely positive (source: Eurostat). The current economic outlook is rather different: headline inflation hit the 2% target for the first time in four years, for the first time since 2007 all EU economies are expected to expand (Romei V., Financial Times) and the size of the European labour force is at a record high.
​ 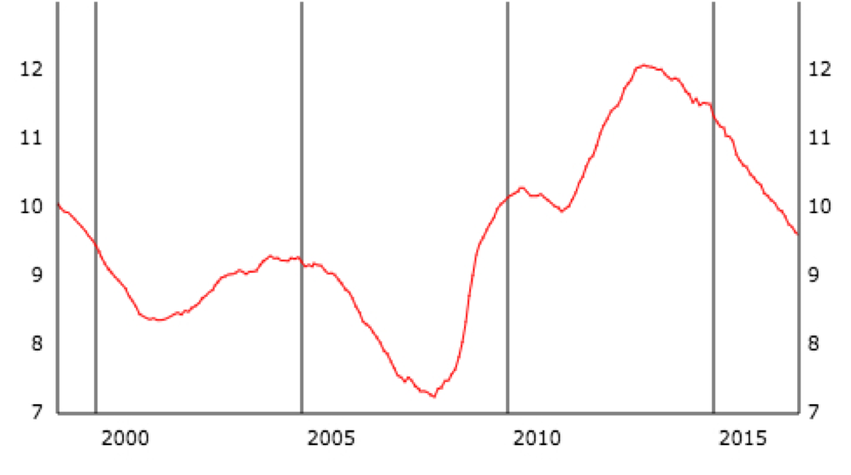 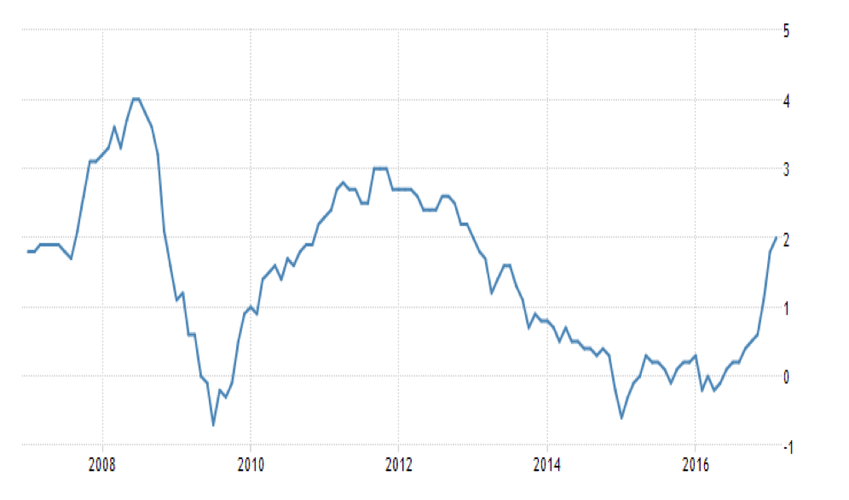 Despite an accommodative forward guidance, the current economic and political landscape is fostering the likelihood of a December 2017 deposit rate rise of 10 bps, which is now over 50% (source: Khan M., Financial Times).  Investors are also betting that the ECB will exit from negative policy rates by January 2020 (Source: Sandhu T., Bloomberg).

Moreover, Olivier Garnier, Group Chief Economist at Société Générale, argues that the hike will happen before the end of the APP, even though Draghi explicitly said “we continue to expect them [interest rates] to remain at present or lower levels for an extended period of time, and well past the horizon of our net asset purchases.” Mr. Garnier argues that the tightening cycle implemented by the US Federal Reserve implies a contagion risk for the long term tail of the European yield curve, especially if the hikes happen faster, prompted by Trump’s fiscal policy. Furthermore, postponing the tapering of the APP until after the rate rise could be a useful move to guarantee more flexibility to prevent sovereign bond yield spreads within the euro area potentially arising also for the uncertain outcome of political elections.

With the exit strategy and its timing still being covered by a wave of uncertainty, one thing appears to be likely: the liquidity trap era is coming to an end.