In the past weeks the Texas deep freeze left the state in crisis. This dramatic situation was driven by the power producers and has had a transversal impact across different sectors, leaving open the investors’ question:” What’s next?”.
Before trying to answer this question by analyzing the most impacted industries and what may be the future implications, let’s ask ourselves something else: “What are the roots of last week’s tragedy?”.

In the 1990s the electricity-supply market in Texas was heavily deregulated, pushed by the efforts (among many others) of Enron, the champion of the free market which at the end of 2001 collapsed due to one of the biggest accounting frauds of the world of finance. After this move, 60%(1) of consumers started to buy electricity from retail power companies, creating the basis of the system that failed last week. The result? Since 2004, Texan residents have paid $28 billion more for power with respect to the clients of the state’s traditional utilities.

The extreme deregulation rewarded those power suppliers which sold electricity inexpensively but at the same time did not provide any incentive to invest on infrastructure to protect power plant in the case of sporadic but severe freezes. As the freeze went on, Texas, which is the country’s top electricity consumer, saw wholesale electricity prices skyrocket up to $900 per megawatt-hour. Demand spiked and supply didn’t resist to cold: for example, last week oil production in the Permian Basin fell by more than 80% last week, shrinking to around 650’000 barrels per day (compared to the previous 3’500’000). 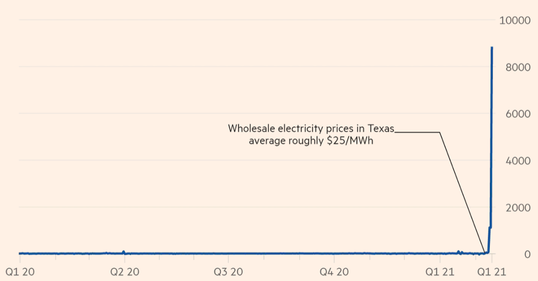 On the highest position of the podium, there are natural gas companies which are located in Texas. Due to its nature, natural gas is not easily movable, hence prices vary according to local demand. Companies within this sector in Texas such as Torchlight Energy Resources or Sandridge, have experienced on average a rise in their stock price of 200%. Looking at the immediate future there two major points of view about where their price will go. On the one hand, it may fall as, on average, during the spring demand for natural gas falls. On the other hand, it is clear that for the future Texas needs to be more prepared to deal with crises of this type, implying a possible further rise of these stocks.
​ 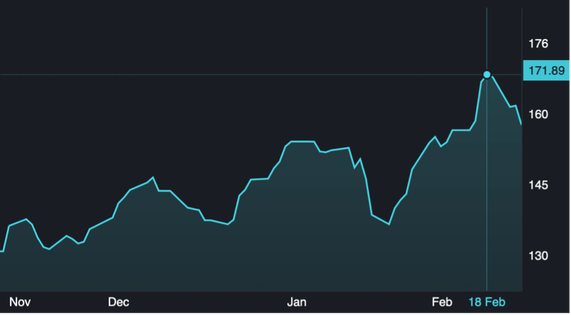 Sandridge (NYSE:SD) - TOGGLE AI
Right after the natural gas sector, there’s the home repair one. The freeze has not brought only snow, but also huge repairs and massive bills. Specifically, all those companies focused on pipes and hydraulic systems are best equipped to attract new revenues.
​ 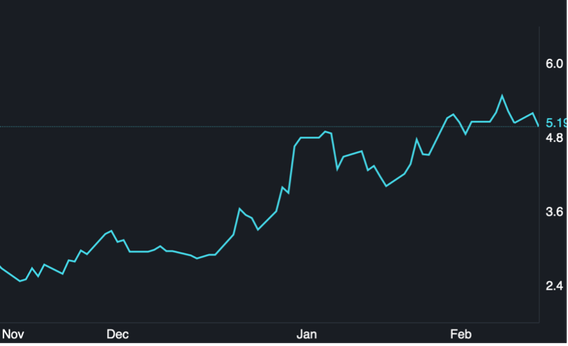 Among the most damaged industries, there’s the automobiles one. The critical problem comes indeed from its chip suppliers, which had shattered operations due to the power shortage. This further stop comes into a very particular moment, in which semiconductor shortfall has already heavily impacted the auto industry, as analyzed in another article of our association. Together with automobiles, there is the insurance industry: USAA has registered more than 10000 insurance claims, whose majority is in Texas.

Looking at the near future, all eyes are pointed on batteries. Rather than standard natural-gas generators, which proved to be unreliable, always an increasing number of people is showing their interest in alternative home powering. Among the most promising companies, there is SunPower, which is offering home systems blended with A.I, enabling them to sell excel solar power from their batteries back into the grid. The global battery industry is going always faster: a recent Mc Kinsey report finds out that demand for batteries could increase 17-fold by 2030. By the new decade, indeed, batteries could add $185 billion, increasing demand for lithium-ion batteries from 220 GWh in 2019 to 3500. What’s even more promising is that demand for batteries will also be driven up by the increasing demand for carbon-free solutions as they could lower more than 30% of the CO2-emissions.
​ 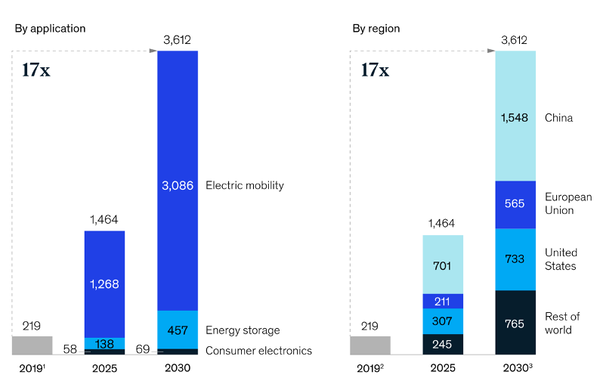 Global demand for batteries - GLOBAL BATTERY ALLIANCE
BSCM would like to thank TOGGLE for giving us access to their AI-powered investment research platform and providing charts and data.
​
Andrea De Chiro