The 5G cold war between USA and China 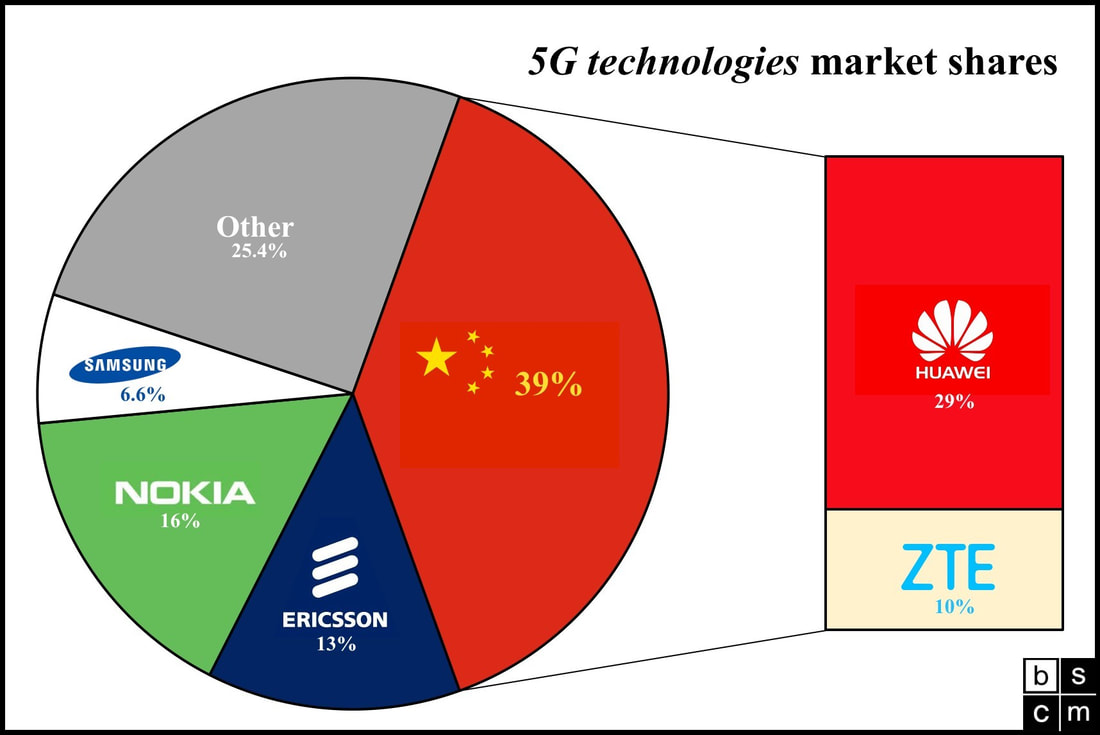 For many decades, the USA held the title of the most thriving environment to develop new technologies within the TMT market. However, during the last few years, new companies have grown up and threatened U.S. primacy. One example is certainly provided by Huawei, a company that was able to emerge as one of the major drivers in the growth of 5G technologies worldwide. The White House couldn’t stand at this situation and started its counterattack against the Chinese colossus. After some months of strict competition between the Federal Communications Commission (FCC) and the Chinese government, which spoke in defense to Huawei, we can state that the two countries embraced a cold war for 5G development.

​Huawei’s growth is due to both technological and political reasons. As reported by the Wall Street Journal a few months ago, China financed Huawei with more than $75 billion through fiscal relief, subsidies and other forms of benefits. The Shenzhen’s colossus denied any help provided by China and promised legal actions against the journal. WSJ based its analysis on public data, such as the $25 billion of tax savings. Huawei stands as the leader in the 5G market, as we can see from the chart below, with more than 50 contracts concluded and 150,000 5G bases implemented in over 170 countries worldwide. Moreover, if we consider also ZTE, China’s market share within the 5G market is around 39%, and that is the data that the USA is mostly worried about.


As mentioned above, the US countermove wasn’t too far to come. During the last few months of 2019, the government began to display a possible scenario with China as a leading role in the telecommunication sector. The FCC stated that Chinese companies involved in 5G technologies represent a real danger for national security and accused Huawei of industrial espionage. Although we cannot know whether the charge is true or unfounded, we are sure that the USA is frightened about China taking advantage of a market in whom they seemed to be unbeatable. Also, the US President Donald Trump tweeted about his apprehension, asking Apple to create its own 5G business: “During my visit yesterday to Austin, Texas, for the startup of the new Mac Pro, & the discussion of a new $1 billion campus, also in Texas, I asked Tim Cook to see if he could get Apple involved in building 5G in the U.S. They have it all - Money, Technology, Vision & Cook!”. Unfortunately, Apple hasn’t seemed to be interested in taking a quote in such an intricate market so far.

After some weeks of uncertainty, during which the USA also thought about the possibility of financing Huawei and join the Chinese gravy train, the dispute moved finally to Europe. An important topic emerged during the Security Conference which took place in Munich during the first days of February 2020, when both the US President and the Speaker of the House of Representatives, Donald Trump and Nancy Pelosi, agreed to say that Chinese threat is real and that Huawei is going to install systems of espionage within those 5G technologies that are trying to export to the old continent. Indeed, as Huawei is trying to spread its technologies into European countries, some of them seem not to regret this opportunity, which has appeared as the most convenient and efficient so far. A few weeks ago, the French Minister of Economic Affairs opened this scenario stating that “Huawei won’t be excluded from our 5G market”.

The USA has thought to be out of moves until the Security Conference of Munich when they come across to a Europe which is no longer willing to follow every US need. However, as the Conference ended, the US Attorney General William Barr had the idea to acquire shares in Nokia and Ericsson, based respectively in Finland and Sweden. This idea seems to be a providential opportunity to reduce the gap between the US and Chinese technologies, through the creation of a consortium capable of becoming a leader not only in the EU but also in America. A great news happened recently, when the  EU Competition Commissioner Margrethe Vestager opened to the acquisition by USA of the majority of the two TMT companies: “Here in Europe, we are neutral on ownership, you can be state-owned or privately-owned; what is important for us is that if you act as a market operator, you have a real business case for what you do”. To sum up, the USA is seriously thinking about the acquisition, and if it will be accepted, we will assist in a new rollover in the dispute for 5G technology, waiting for Chinese counterattack in the following months.