The controversial return of OPEC

In what can be defined a historical event, on the 30th of November, after a meeting in Vienna, the Organization of the Petroleum Exporting Countries announced a deal to cut oil production by 1.2m barrels a day from January 2017. 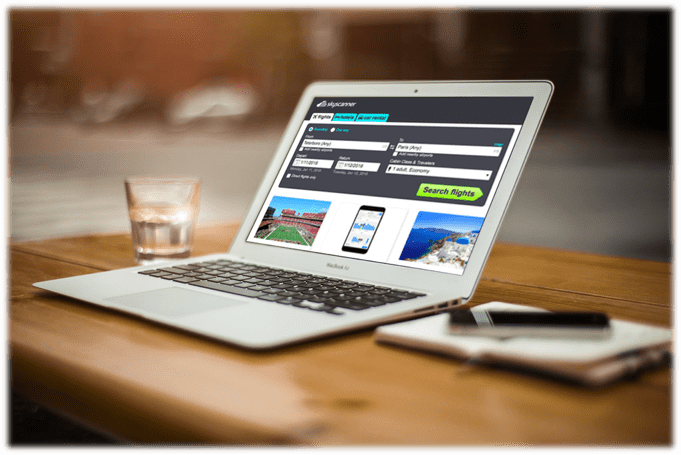 The agreement, which followed from a travailed series of informal encounters and failed negotiations throughout 2016, signals the fallen trust in the power of free market from oil producers, which welcomed the return to policy intervention after witnessing the pain of low oil prices, hammered by a two-and-a-half-years-lasting supply glut.

OPEC has taken a bold stand, steering away from the deregulation experiment it has been undertaking since year 2014 and agreeing to implement the first output cut since the 2008 financial crisis.
​
What is even more intriguing, though, is the seeming participation in the deal of non-OPEC-member countries, primarily Russia, which agreed on unprecedented cuts to its own output.

Understandably, in the evening after the negotiations, more than 1.7m Brent crude futures contracts had already been traded, while Brent crude, the international oil marker, soared 8.8 per cent above $50 a barrel. 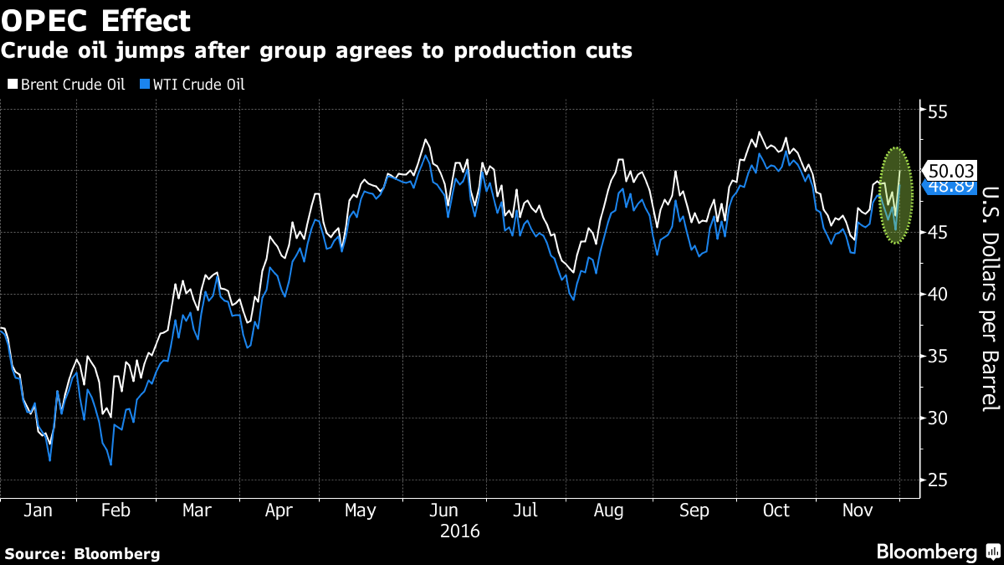 The major winners from the announcement were “the US shale players,” said Mike Kelly, head of exploration and production company research at Seaport Global Securities.

Notably, the S&P 500 energy sector index on Wednesday 30th rallied 4.8 per cent, achieving the highest gain in 15 months.
“In response to the OPEC cut, we would expect the US onshore producers to be beneficiaries,” Barclays said.

Namely, ExxonMobil and Chevron, the largest American oil companies, raised about 2 per cent each, but the majority of the benefits were reaped by smaller energy groups, with the Russell 2000 energy index skyrocketing by 12.2 per cent. 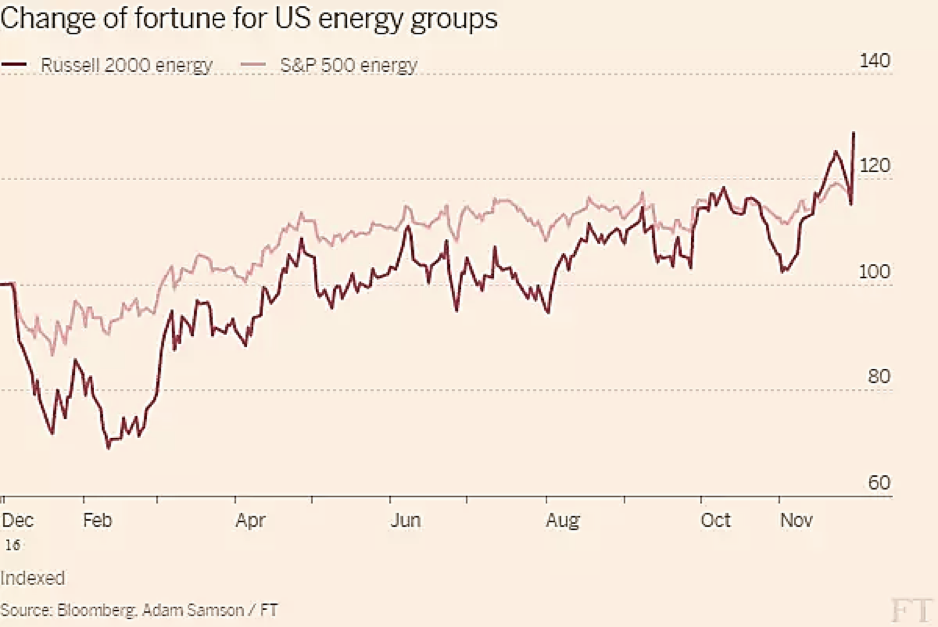 As crude prices level out, Bloomberg reports, investment bankers get busier, with 2016 final quarter being the most energetic in four and a half years for IPOs and takeovers, as far as oil and gas businesses are concerned.

A recovery in the oil prices could significantly affect not only the directly related industries, which we mentioned, but also the intervention strategy of regulators.

The rising energy prices have contributed in the Federal Reserve approving the interest rate hike of the 14th of December, and, alongside with a weaker euro, are likely to “mean that a significant increase in inflation rates can be expected for 2017”, as stated by ECB Governing Council member Ewald Nowotny.

Mario Draghi should be worried about this effect, which, while potentially satisfying policy makers who have not reached their target inflation goals in four years, could mask continued weakness in the domestic economy. 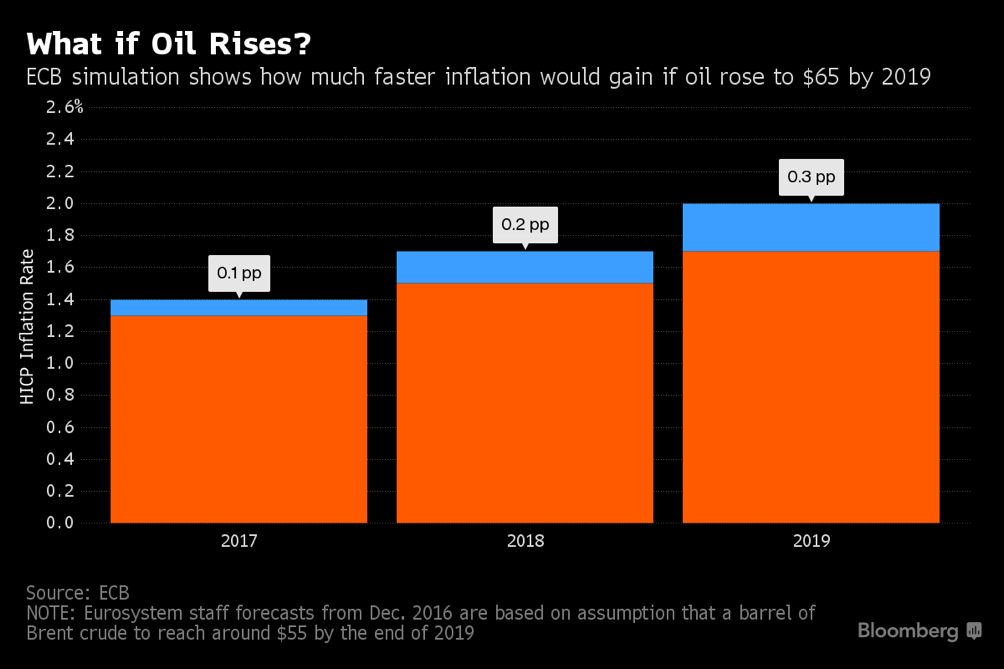 “2016 has shown us the return of OPEC” says Jason Bordoff at the Center on Global Energy Policy at Columbia University.
The organization has surprised the market by reaching an extraordinary agreement, bringing non-OPEC countries on board and contradicting the widespread belief of it being unable to act collectively. Nonetheless, the bullish accord sealed by OPEC is still regarded as a gamble. Scepticism around the deal is fuelled by several reasons.

In the first place, compliance to the commitment assumed is far from being pledged, and the threat of free riding is substantial.
Long-standing frictions between involved Governments, apparently overcome in the sake of economic advantages, could realistically mar the survival of the pact in the end.

Moreover, 2017 will inevitably be the battlefield of a fierce duel among OPEC and U.S. oil shale industry. The component companies of this latter are already gaining a significant incentive to boost their production level under the presidency of drilling-friendly President-elect Donald Trump, and the rising oil prices could further lift their confidence.
From OPEC perspective, instead, this scenario shall be hell in that its profit forecasts would be vanished and its market share squeezed.

An increase in overall oil output could also occur when other non-OPEC countries followed in attempting to exploit the self-inflicted wound of the organization.

Indeed, following the announcement, Goldman Sachs said that the decision of OPEC to slash oil output will "unleash a sharp production" response in the United States and the rest of the world.

What is unquestionable, however, is that, whatever its consequences shall be, and despite being seen from some experts as a desperate and unrealistic move from OPEC to protect its power, the deal is inevitably going to be recalled as one of the major events in the just ended year.