Transforming the German Energy industry:
The E.On and RWE mega-deal

Transforming the German Energy industry: The E.On and RWE mega-deal

On March the 10th, the energy supplier E.On announced it had agreed to acquire a 76.8% stake in Innogy from the rival electric utilities group RWE. The complex €43 billion deal, which involves shares and assets swaps, is an important sign of an accelerating shift to renewables and it will definitely transform the country’s energy industry in the years to come.

German energy industry overview
For many years, Germany had been one of the largest producers of nuclear power in the world, with four companies dominating the market: E.On, RWE, EnBW and Vattenfall, the so called ‘Big Four’. Starting from 2000, however, the German nuclear power industry, mainly pushed by the government, agreed to proceed with the plan to close all nuclear power plants, so as to cut down the level of carbon emissions. Nevertheless, many of them still remained in production until 2011, when the situation dramatically changed following the Fukushima nuclear accident.

Within days of the March 2011 Fukushima nuclear disaster, large anti-nuclear protests occurred in Germany. Protests continued and, on 29 May 2011, Merkel's government announced that it would close all of its nuclear power plants by 2022 and focus on utilizing ‘clean’ energy. Chancellor Angela Merkel in person stated: "As the first big industrialized nation, we can achieve such a transformation toward efficient and renewable energies, with all the opportunities that brings for exports, developing new technologies and jobs". This event, which marked the real beginning of the ‘Energiewende’ policy (“Germany’s energy transition from fossil fuels to renewables”), put the above-mentioned energy suppliers in a difficult position. As a consequence, these suppliers started separating green energy and fossil fuels businesses in different companies.

Today, Germany's federal government is still working to increase its renewable energy economy, mainly based on wind, solar and biomass. 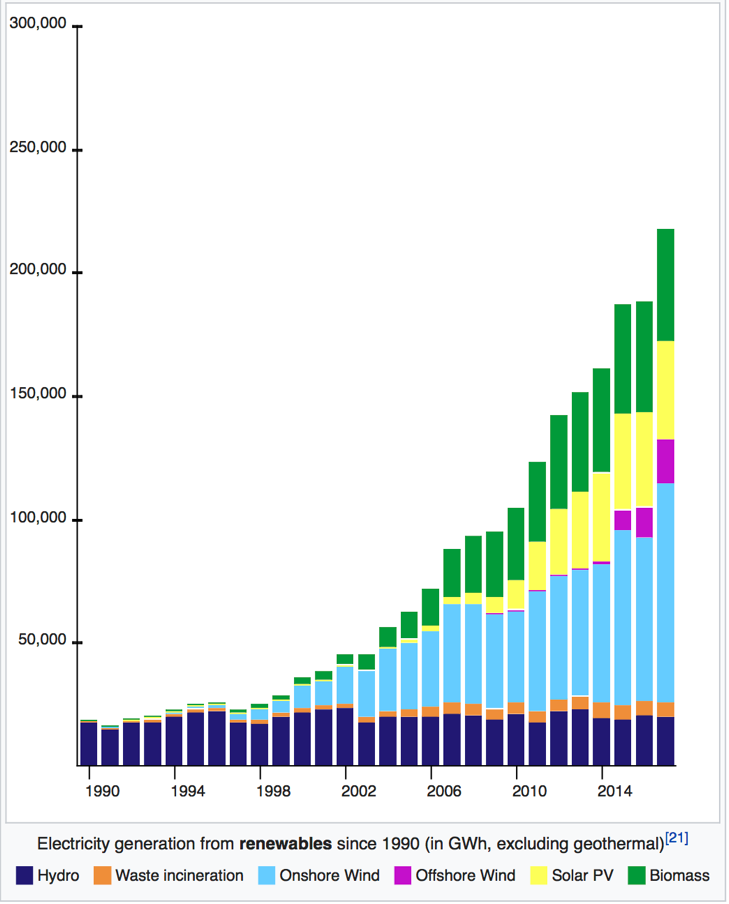 E.On came into existence in 2000 through the merger of energy companies VEBA and VIAG, and soon entered the gas market through the acquisition of Ruhrgas. As a result of the new policies advocating for cleaner energy mentioned earlier, the company was forced to radically restructure in order to remain in business. Thus, in November 2014, E.On announced that they would abstain from fossil energy in the future and transferred its whole fossil energy businesses into a new company, Uniper, which started operating on January 1st, 2016 and then was entirely sold to the Finnish power company Fortum the following year.


About RWE and Innogy
RWE is a German electric utilities company founded in 1898 which supplies electricity and gas to more than 30 million customers, principally in Europe.
In recent years, RWE has increased renewable energy production. In April 2016, the company confirmed that it would separate its renewable energy generation, power grid and retail operations into a separate company named Innogy, which is listed at the Frankfurt Stock Exchange. As for E.On, the restructuring was caused by the effort to reduce the group's exposure to nuclear decommissioning costs, required due to the German government policy of closing all nuclear power stations by 2022.
Deal structure
The huge asset-swapping deal between RWE and E.On is the latest step in the transformation of German’s energy business under Merkel’s ambition to shut coal and nuclear plants in favour of wind and solar power. RWE has agreed to exchange its 76.8 % stake in Innogy for a 16.67 % stake in E.On, as well as E.On’s renewable portfolio and €1.5 billion in cash. Innogy’s renewable division will be returned to RWE. In accordance with Germany’s stock market regulations, E.On has also offered to buy out the other Innogy shareholders at a total value of €40 per share, consisting of an offer price of €36.76 plus projected dividends of €3.24 across 2017 and 2018.
E.On’s financial advisors are Perella Weinberg Partners and BNP Paribas. Bank of America Merrill Lynch and Citigroup act as financial advisors to RWE. Finally, Rothschild provided a fairness opinion to RWE’s Supervisory Board. 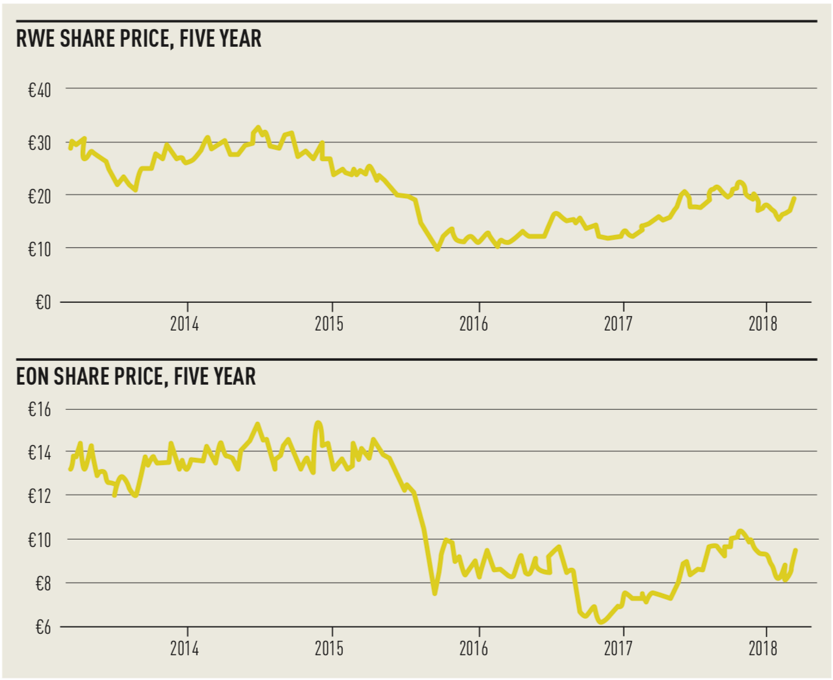 Deal rationale
“This strategic exchange of businesses will create two highly focused companies that will shape a better future for Europe’s energy landscape,” said E.On’s chief executive Johannes Teyssen. The deal, indeed, will make E.On one of the largest grid and utility players in Europe, while RWE will become a purely generation company with a large renewables portfolio.
For E.On, buying Innogy’s assets means being able to operate on a larger scale and compete more effectively with larger utilities such as Enel, Iberdrola SA and Engie SA. Moreover, selling its renewable generation assets will result in a stronger focus on regulated incomes from network operation. Today, 65% of E.On’s EBIT is based on regulated earnings, mainly from the networks and partly from renewable generation. The “new E.On” will increase its regulated asset base from €23 billion in 2017 to €37 billion, which equals an increase of 62% and, with the networks from Innogy, it will potentially derive 80% of its EBIT from regulated earnings. At the same time, the customer base will increase from 31 million to 50 million customers. 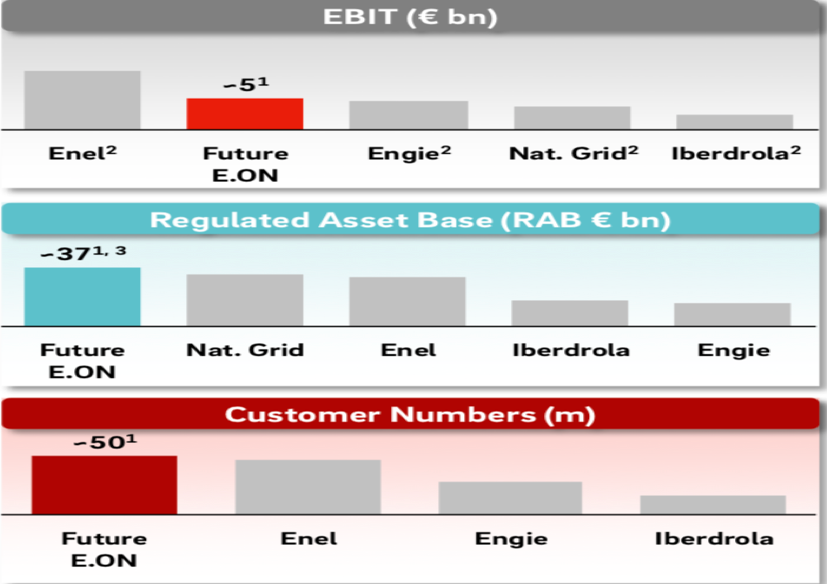 Figure 3: The European market position of the new E.On

E.On expects significant synergies amounting from €600 to €800 million annually by 2022. Most of those will come from savings in the retail business as well as corporate functions and information technology. The minority will be realized in the grids and networks business. 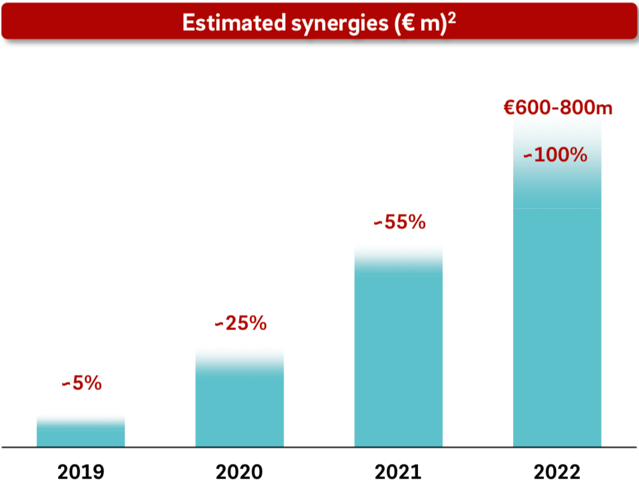 
In contrast to E.On, RWE specializes in non-regulated earnings from conventional and renewable energy generation (which will become regulated earnings in the near future). Today, RWE receives roughly 65% of its total earnings from generation. After the deal with E.On, this share will increase to 90% and, in addition, RWE will gain all renewable generation capacities from the utility, operating the second largest renewable generation portfolio in Europe.
In conclusion, the deal will lead to a concentration of power in the different segments of the energy market. RWE will gain significant market power in the generation business, while E.On will be very powerful in the consumer and network segment.