The Future of Coal Industry

Recently the planet got much hotter. Certainly, this does not sound like fresh news to anyone. However, data do not lie. We are not going to live on the Earth over the next decades if temperatures keep on rising. The good news is that we can do something about it.

Global warming is mainly due to effect carbon dioxide emissions from burning fossil fuels such as coal and oil. Yet reducing emissions is not a cakewalk. China and the US, the world’s two biggest polluters rely heavily on coal and oil. China accounts on coal for over 60 per cent of its energy mix and US burns about 900m tonnes of coal per year. Moreover, their policymakers do believe in the effectiveness of coal as a source of economic growth. For instance, Nevertheless, China is now building more than 300 new coal-fired power modules and have plans for 1,200 more.
It seems that the weight of these power sources in US energy mix is too high to be reduced.

What can we actually do?
What about developing a “Clean coal” technology? suggests Ernest Moniz, US energy secretary).
Some clean coal technologies purify the coal before it burns and therefore minimize emissions of nitrogen oxides (a cause of ground-level ozone). Virtually they have the potential to reach a fuel efficiency of 50 percent.
Actually, the world is now “carbon-constrained”. That is the truth. But the business idea is rather attractive. As long as 7bn people lives around here, World economic system cannot afford any energy shortage so that this seems the only way to reduce emissions while maintaining the energy supply.

It is far from being just a topic issued by No-Global protesters.
Oil and Coal prices are crashing and forcing producing countries to an economic slowdown.
US investors too are showing preference for less polluting energy technology as mean to hedge risks. In fact, last week Peabody Coal in the US, the world’s largest private sector coal producer had filed for bankruptcy under the weight of $6bn in debt. JPMorgan Chase stated it would stop direct financing of new coalmines in wealthy countries in order to limit exposure to fossil fuels’ risks. In addition, a Norway oil fund declared it would divest from 50 coal companies. Even Financial markets are sceptical about the future of coal. Everybody is looking for original investment opportunities.

“For a carbon-constrained world, we must develop the enabling technologies for all sources, including coal. The marketplace will then decide,” (Ernest Moniz, US energy secretary) 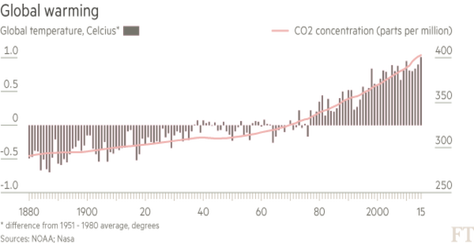