“All success stories start with a vision, and successful visions are based on strong pillars.”
This is one of the introductory sentences pronounced by Mohammed bin Salman two years ago at the presentation of Vision 2030, the ambitious plan aiming to radically revolutionise Saudi Arabia’s economic and social structure.

On Wednesday April 25th, the Council of Economic and Development Affairs has stepped into the second pillar execution, voting for the approval of the privatization program. The aim is to increase the private sector’s contribution to GDP from 40% to 65% by 2030, through privatizations in 16 sectors ranging from health care to grain milling. This will prompt fairness, transparency and efficiency, increasing domestic job offer while attracting technologies and innovations. 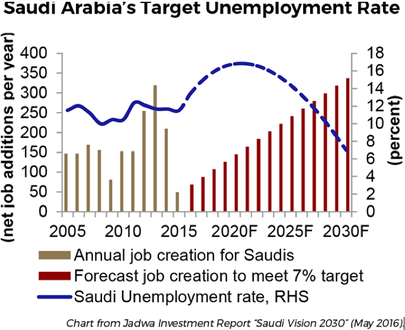 Through the program, named “Delivery Plan 2020”, the National Center for Privatization (NCP) forecasts raising $10 billion of sell-off proceeds between now and the end of 2020. The figure might look a long way from the total privatization’s target of $200 billion set last year,but it is still a great evidence that the process has been put into motion.
Moreover, it must be taken into account that the bigger figure refers tothe total value of proceeds from all asset sales and other privatization measures under the Vision 2030 strategy. Therefore, Saudi government still has 12 years to meet the higher targets, considering also that the pace of sell-offs is expected to accelerate as policymakers and global markets become more familiar with the process.
The above mentioned NCP’s plan does not include any proceed coming from an IPO of Saudi Aramco (even if the offer of the 5% of the national oil company has been deferred until 2019) as well as whatever might come from the sell-off of part of the Public Investment Fund’s holdings in private and public companies, worth hundreds of millions of riyals.

Predicting which companies are going to be sold first is a guessing game, even thou NCP report identifies two strong candidates: Saudi ports and Saline Water Conversion Company (leader in the desalination sector).
Both of them have strong fundamentals and are solid revenue-generating business, which make them ideal targets for acquisition.
Hospitals and Schools are also going to play an important role in the privatization plan, but their sell off will require a greater level of attention and sophistication, due to the higher social impact.

The NCP also recognized that there are some risks associated to the program. They are related to the fact that Saudi authorities lack of experience in managing private-sector involvement in the economy. This means it will not be easy to create a proper law framework capable of enhancing foreign investors’ initiative and projects development. Secondly no one knows whether policymakers will be good enough in balancing all the side effects generated by the biggest privatization program in the history, in order to reach a point of equilibrium and stability 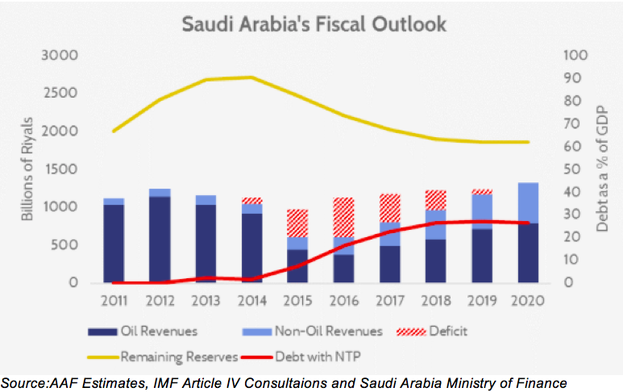 Although the privatization program is the one that spurs investors’ interest the most, even more attention should be put on the reforms set to accomplish the other pillars, since such a program can succeed only in a modern and developed society.
The first stephas been the elimination of several of the many ideological barriers that prevent Saudi Arabia society from becoming more equal.One of the most important is the reduction of gender gap: indeed more than half of university graduates are now female and many women are becoming important members of the country’s business community,
Tamadur bint Youssef al-Ramah, deputy labour minister, has just become the first woman to be appointed to a senior government post, while an historical law becoming effective in June will allow all women to drive.
The projection of Black Panther film, breaking a ban that lasted for 35 years, is definitely another turning point. Even though it was a private projection, within next months several cinemas will open in 15 cities around Saudi Arabia after the Saudi Public Investment Fund has signed a deal with Amc Entertainment, giving it a licence to open nearly 40 new cinemas in the next 5 years.
To western investors’ eyes, some of the reforms may seem minor, but taken together they are disrupting a millennia-old system that until a few years ago seemed fully integrated in the society and totally unchangeable.

The only threat to Muhammad Bin Salman’s ambitious plan is the radical clerical Wahhabi establishment, a cornerstone of the House of Saud’s legitimacy since the 18th centuryand last centre of reactionary power.
Last October the Crowed Prince said that the kingdom must return to “moderate Islam” seeking “a line in which our religion translates to tolerance”. The allowance for women to drive has maybe knocked Wahhabi out, at least symbolically, making clear there is no room to invert the trend.

Saudi Arabia is rapidly changing, becoming that rich, modern and stable country investors have dreamed of for decades.
Such a quick revolution was definitely unexpected, therefore it is almost impossible to forecast the actual size of economic consequences, with a potential infinite upside for both local and foreign investors on the long term.
Paragraph. Clicca qui per modificare.
Lorenzo Monticone