The “Great Leap Forward” into Finance: China’s unstoppable rise in an ever-evolving world

Amid Sino-American tensions escalating to unprecedented levels, it is highly debated whether the "New Cold War" will jeopardize Uncle Sam's once undisputed leadership. Leaving aside any discourse on its alleged responsibilities in the spreading of the pandemic, there is no denying that Xi's China is successfully recovering from the Coronavirus-induced health emergency and economic crisis. Optimism on the country's growth is further fueled by the predictions released by the IMF: the World Economic Outlook estimates that the Chinese economy is set to expand 1.9% by the end of the year and 8.2% in 2021.  This figure nearly doubled the forecast released in June and confirms China's position as an outsider among major world economies.

Xi Jinping is probably one of the most influential leaders in the history of the Chinese Communist Party and his continuous attempts to keep Mao Zedong's memory alive reflect his willingness to leave a trace as enduring as that of the Great Helmsman. Among the several plans in the Government's agenda to raise the Republique's prestige, the progressive liberalization of the country's fast-growing financial sector is of utmost priority. China's banking system has grown to include the world's four biggest banks by assets: The Industrial & Commercial Bank of China, China Construction Bank Corp, The Agricultural Bank of China, and the Bank of China. Domestic equities recently topped $10 trln for the first time since 2015 and ANT Group, China's powerful tech giant, is set to raise more than $34 bln in a record-setting IPO.  These outstanding numbers depict the enormous potential that a less strict regulatory framework, paired with targeted financial reforms, could unlock.  2020 marks another fundamental turning point in the country's economic transformation as the Office of Financial Stability and Development Committee of the State Council is gradually lifting barriers to full foreign ownership in joint ventures engaged in the securities business. Most importantly, after April 1 2020, Beijing allowed foreign financial institutions to take a full stake in a Chinese mutual fund operation.
​
The Chinese Asset Management Industry and intended results of the reform
​
Chinese banks have historically relied on interest income as their major source of revenue while lagging far behind the Western World in fee-generating businesses such as investment banking and asset management. The latter came into being in 1998 and comprised six Fund Management Companies managing a total of $1.27 bln in AUM. Twenty years later the scenario appears to be decidedly different. By the end of 2019, the Chinese Asset Management Industry AUM reached US$ 16trn. This corresponds to a tenfold jump over the last decade and a pace of growth that is far greater than that observed in many western countries. Further to this, according to projections released by the Deloitte Center for Financial Services, Chinese total addressable financial retail wealth will top US$30.2 trillion by 2023.

The Mainland's investment industry is still at an embryonic stage. Indeed, Goldman Sachs analysts estimated that, at present times, two-thirds of the assets held by Chinese households are in property and a fifth in cash deposits. Only 7 percent of Chinese household assets are invested in equities and mutual funds. Nonetheless, these figures shall not be interpreted as an obstruction to foreign asset managers' expansion in China but, rather, as a clear signal of the industry's growth potential in the next decade.
Having pointed out the size of the Chinese market, it is opportune to shed a light on some of the results pursued by Beijing's policymakers.
​ 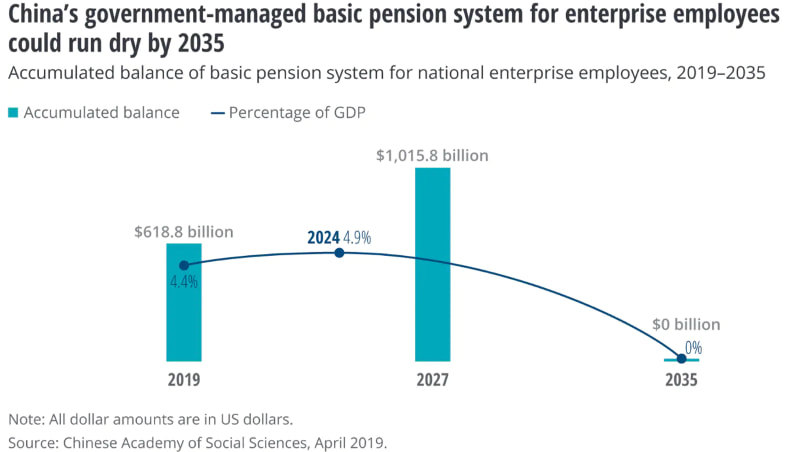 Figure 1: "Understanding China's Investment Management Opportunity, Deloitte Center for Financial Services
Firstly, more mature, efficient and globally connected asset markets would provide the government with the right means to cope with a widening deficit in retirement savings and a rapidly aging society.  As the resources of the government-run basic pension system and the National Social Security Fund are not sufficient to effectively tackle these issues, through markets' liberalization policies, Beijing aims to foster the adoption of individual pension products offered by financial services firms. This should greatly contribute to reducing the citizens' tendency to rely on the State and their children as their main source of post-retirement income while incentivizing them to adopt long-duration and market-based pension products. The model regulators are referring to is the American Individual Retirement Account. This specific pension asset would allow Chinese citizens to save money for their retirement by investing in a great variety of financial products, including equities and bonds, thereby fueling domestic markets' growth.

Furthermore, favoring the participation of foreign asset managers could boost the industry's level of competition. On one hand, foreign players should quickly adapt to a market in which target customers, except for HNWI and UNWHI, persistently show investment behaviors that are markedly different from those in the western world. This dictates the necessity to design specific strategies that address the needs and investment objectives of the Chinese mass retail segment (comprising nearly 600 mln people according to Deloitte's projections). On the other, incumbent firms can strongly benefit from the skills and capabilities brought by foreign financial institutions. The entry of new competitors should create the right set of incentives for Chinese players to explore new models to optimize the AM business. These mainly concern the implementation of disruptive fintech technologies, innovative distribution platforms and the improvement of their existing corporate governance practices.
​
Wall street ears are wide open

Wall Street has been eagerly monitoring the developments of the investment industry for years. As Beijing has taken enormous steps to attract involvement by foreign financial institutions, US bulge bracket banks and asset managers are ready to disregard tensions between Mr. Trump and Xi Jinping to dive deep into Chinese capital markets.

During 2020, some of the milestones of the western financial services industry have stricken deals to expand their operations in the soon-to-be world's greatest economy.
Blackrock, which recently announced its assets grew by 7.81% and reached $7.81 bln in Q320, was one of the first to tap on the lucrative "China Opportunity", as the firm's main initiatives to consolidate its presence in eastern markets is called. On April 1 2020, the world's greatest fund manager applied for a fully-foreign-owned mutual fund license and received the definitive approval from the Chinese Securities Regulatory Commission on August 29.  This newly established mutual fund management company was the first of its kind as its ownership structure does not include any Chinese partner.

Furthermore, J.P. Morgan has agreed to finalize the $1bn buyout of China International Fund Management.  The bank's intentions to expand the scope of its operations in the Asia-Pacific region are confirmed by its plan to launch new ESG ETFs, investment vehicles that are very successful among Asian investors' portfolios. This move is highly strategic as acquiring full control of its onshore joint venture in Shanghai grants J.P. Morgan a solid basis to further develop its ETF business and respond to the increasing domestic demand.

Similar steps have been taken by other Wall Street giants. Morgan Stanley has reached majority ownership of its Chinese securities joint ventures by increasing its holding from 49% to 51%.  Citigroup has become the first foreign custody bank in China: this license allows the bank to hold securities on behalf of mutual and private funds headquartered in the Mainland.

Importantly, this wind of change and reform encompasses the Wealth Management industry as well. Since 2018, the big four state-owned Chinese banks have set up their Wealth Management subsidiaries and, throughout 2020, they have begun to cooperate with foreign players. On September 30, BOC's Wealth Management inaugurated the launch of a Wealth Management Venture with Amundi, Europe's biggest asset manager. Amundi BOC WM will be the first firm offering wealth management products to domestic clients who are not majority-owned by a Chinese Partner.

These few examples should be adequate to provide sufficient support to the claim that, albeit Mr. Trump's dialectic making frequent use of words such as "disengagement" and "decoupling" when addressing China, Wall Street bankers are following a different course of action than that auspicated by the US President. The US-China Financial Roundtable, an online conference held on October 16 gathering Wall Street top executives and senior Chinese financial officials, exemplifies the discrepancy between first-in-class US financial institutions' plans for expansion in China and Washington hard stance on Beijing.
​
​
​Time for a new divergence?

In all likelihood, the Great Divergence is familiar to all those that attended an Economic History course at University. It refers to the complex dynamics that, after Colombo discovered the American continent up until the Industrial Revolution, shifted the center of the world from the great Asian empires to Northwestern European countries. This important historical event eventually led to the establishment of European colonies in the New World and the rise of the United States as the world's first military and economic power. While the aim of this article is far from supporting the thesis that we are currently living a new and reversed Great Divergence, it would be inconsistent with empirical evidence to contend that the Coronavirus pandemic is not a catalyst of significant distortions in the world order as we know it.

In an article recently published in the Financial Times, Ray Dalio, Bridgewater Associate's legendary founder, remarked that it would be extremely anachronistic and dangerous to ignore China's extraordinary performance in these turbulent times. An excessively widespread anti-Chinese sentiment, according to the American hedge fund manager, is a serious pathology that can prevent many from comprehending the profound economic and political implications that, today, are inevitably centered around the Asian country. Financial markets liberalization and reforms to spur advancement in the AM business capture one of the many reasons for which China is set to become a crucial decision-maker in global affairs. Indeed, the Government's commitment to turn the Greater Bay Area into the New Silicon Valley and make it the global barycenter of technological innovation by 2035 demonstrates its willingness to close the technological gap with the US and attract bright minds to come to the Mainland. In its 5-year economic plan, the Party has set out many more initiatives that would allow China to gain a global lead in many strategic industries and achieve a state of self-reliance in many strategic industries..
​

Figure 2: Shenzen, China's Technological house power and heart of the New Silicon Valley, Source: www.airbus.com
​​To conclude, the image of  Wall Street investment banks and fund managers' unconcealed attempts to deepen ties with China perfectly captures the period of intense renovation that we are experiencing Despite the CCP's tendency to adopt questionable instruments to maintain order and its reluctancy to disclose relevant information on its domestic affairs, comparing modern China to the Soviet Union would be misplaced parallelism. First and foremost, the URSS's institutional rigidity and lack of reformism is a feature that is completely incompatible with China's forward-looking vision and the previous sections corroborate this fact. Therefore, foreign governments and policymakers should shy away from the fear to foster greater dialogue with China and commit to advocating further liberalization of its institutions to build long-standing and reciprocally advantageous relationships with the Asian superpower.