The political revolt against Free Trade

The Second World War taught us an important lesson. Economic competition condemns state-nations to destroy themselves militarily.  Since 1946, global economic integration has been a great concern to policymakers. They truly believe it would bring peace and prosperity. Agreements and projects (for example GATT and EU) flourished. In addition, positive results were visible even in the short term such as domestic progress and political stability. This strategy proved to be more successful than expected. Fortunately, there has not been a single war between leading powers and living standards have risen fast. 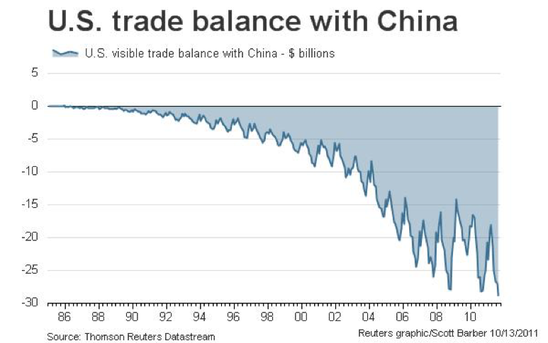 Yet Western World is now questioning itself about the benefits of globalisation. Scepticals have always been around but now even leading candidates for presidency of the US are opposing to free trade.

Economic integration has always been a strong pillar in US foreign policies. It has always been a synonym for democracy and progress. On the contrary, Clinton, Sanders, Trump and Cruz are all criticizing the newest free trade initiative of the moment: the Trans-Pacific Partnership (TPP).

In particular, Trump proposed to abrogate trade agreements and raise tariffs. This resulted in the violent reaction of China. L. Jiwei, Chinese finance minister, called Trump “an irrational type” due to his questionable proposal to increase tariffs on imported Chinese goods up to 45%. Trump’s proposal is far to be reasonable. There is no doubt that US and China are mutually dependent on each other. Their economic cycles are inevitably linked. But often politics and economics seem to be too distant. Nevertheless, Trump nearly declared “economic war” against China.  “They’ve taken our jobs, they’ve taken our money”. However, China is the US’s largest trading partner. In fact, in 2015 US trade deficit with China reached the astronomical figure of $366 bn. How can people still listen to Trump? We don’t know. Maybe even he doesn’t know.

Certainly, there is lack of knowledge. But this is not the main problem. Apparently, only elites seem to take advantage of free trade agreements. The common opinion is that big companies get rich while Third World gets poorer. Furthermore, Panama Papers are not helping. It seems that globalisation offers the opportunity only to avoid taxes. New means must be taken into account. C. W. Eliot, former US Treasury secretary suggest a radical shift from international trade to “international harmonisation”. In other words, issues such as labour rights and environmental must be taken into consideration. Economic policies must be accompanied by effective social policies aimed to create new jobs fast, and build a social safety net. Free trade should be a “tool” to drive technological development and job creation. In 1929, GDP dipped 17% in US because of protectionist policies that were thought to save America from recession. Hope we learnt the lesson.