The US Department of Justice against Google: what is happening with the antitrust lawsuit?

After an investigation that lasted more than a year, on October 20th the US Department of Justice, along with eleven state Republican Attorneys General, issued a civil antitrust lawsuit against Google. The aims are ‘to stop Google from unlawfully maintaining monopolies through anticompetitive and exclusionary practices in the search and search advertising markets and to remedy the competitive harms’. The Attorneys General involved represented Texas, South Carolina, Montana, Missouri, Mississippi, Louisiana, Kentucky, Indiana, Georgia, Florida, and Arkansas.
This antitrust action could become the most aggressive lawsuit against a strong technology company since the case that opposed the DoJ and Microsoft in 1998, which some argue laid the foundation for Google’s growth and success.

Following the same path of the Microsoft lawsuit filed in 1998, the case focuses on the relationships and agreements between Google and other tech companies, like hardware vendors (Apple, Samsung, etc.), browser makers (Mozilla, Apple, Opera) and others using the Android operating system in their products. The Complaint charges the company with unlawfully maintain monopolies in search and search advertising establishing exclusivity and long-term agreements requiring Google to be set as the default search engine and forcing the undeletable preinstallation of its applications (Gmail, Maps, YouTube) on mobile devices.
Besides, Google is believed to create and reinforce its monopolization by buying preferential treatment for its search engine on devices and web browsers. As proof, the antitrust suit points out the billions of dollars paid by Google to keep its search engine as the default search engine on iOS devices. This alone accounts for 15-20% of Apple's annual profits.
Furthermore, according to a 2014 strategy document included in the Complaint, the company paid $460 million to Android mobile device producers for the distribution of Google search and protect its exclusivity.
In a few words, in the markets of: “general search services, search advertising, and general search text advertising”, the lawsuits asserts: “Google aggressively uses its monopoly positions, and the money that flows from them, to continuously foreclose rivals and protect its monopolies”
These actions are considered by the U.S. Department of Justice unfair and anti-competitive practices, which can damage consumers and hinder competitors, reducing their space to enter and innovate the market.
Later on the same day of the publication of the antitrust lawsuit, Google briefly replied on Twitter.

Executives from other companies, harmed by Google's business practice, also expressed their opinions starting from Gabriel Weinberg, CEO, and Founder of rival search company DuckDuckGo.
The same reaction came from the reviews site Yelp!, whose battle against Google’s monopoly has lasted nearly a decade.
In a blog post the company states 'by systematically reducing the quality of its search results to entrench and extend its search and search advertising monopolies, Google is directly harming consumers' and concluded 'Yelp applauds the work of the DOJ and encourages swift action by state attorneys generals who are conducting parallel investigations into other aspects of Google's business'.

In the meantime, Democratic Attorneys General have been reported working on a separate complaint against Google, which will be probably filed at a later date.
This group, led by AGs of Colorado, Iowa, and Nebraska, has adopted a different working system, working on a bipartisan, state-led approach covering several issues beyond search. This would allow more power to the government in the case of negotiation between Google and the DoJ. Also, on the same day, New York AG Letitia James announced that the two parties would cooperate: 'We plan to conclude parts of our investigation of Google in the coming weeks. If we decide to file a complaint, we would file a motion to consolidate our case with the DoJ’s. We would then litigate the consolidated case cooperatively, much as we did in the Microsoft case.’
Finally, another suit is reported being put together by the state of Texas. This case will be focused on Google's power in advertising technology.


How will this story develop?

This will probably be a long and expensive process for Google, which over the last years has already faced multiple fines over antitrust violations in Europe: $2.7 billion over Google shopping, $5 billion over Android dominance, $1.7 billion over search and brokering.
On the other hand, investors don’t seem to concern about the antitrust suit and Alphabet (ticker: GOOGL) is not suffering from the announcement. 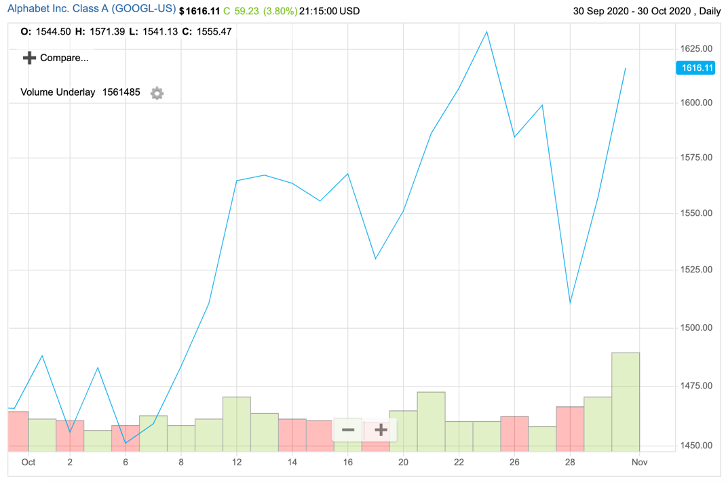 The reasons can be different, but from the investors' standpoint, the lawsuit is not necessarily a negative factor.
At the moment, Google pays billions of dollars to tech companies to maintain Google as the default search engine. But analyzing the only product line in the world which provides Bing as the default search engine, Windows systems, the number one query on Bing is Google. This means that once people start to use their laptops and computers, even if Google is not set as default, it is still the favorite search engine. 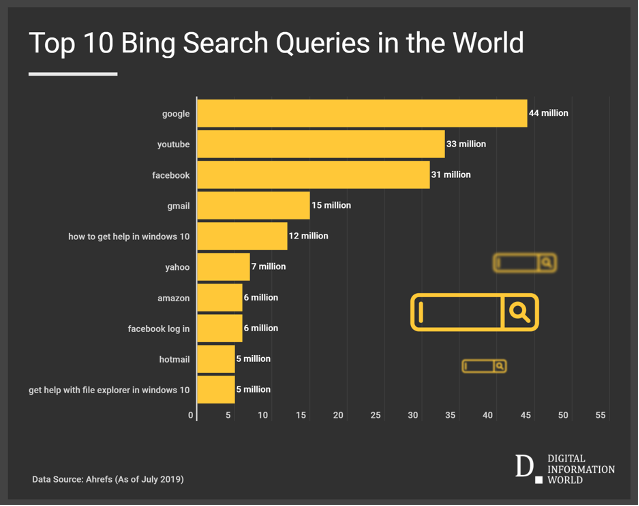 For this reason, the government may be actually helping Google at stopping paying other Tech companies, without losing the domain of the market.
As J.P. Morgan analyst Doug Anmuth writes in a client note, a block of Google’s agreements would eliminate the company’s larger operating costs and make it even more profitable than now. That’s clear in the lawsuit, where DOJ claimed that only the agreement with Apple amounts to $8-12 billion (50-75% of Google Properties traffic acquisition costs).
The same opinion has been expressed by Charlotte Slaiman, director of competition policy at tech advocacy group Public Knowledge ‘Given the position that Google has now, a lot of users might just continue to behave the same way and phone companies might continue to behave the same [...] I think just getting rid of the default contracts is not going to be enough”.
Anyway, this battle is just at the beginning. Its conclusion and consequences are still to be seen.