Turkey is a G20 country and the largest Middle East economy. It recovered slowly from a recession period last year, thanks to a significant increase in domestic lending and state support for the lira, until it was hit by the spread of COVID-19 pandemic. Despite dollar weakness due to uncertainty brought about by U.S. election., the lira closed at 8.544 on Friday November 6th. The previous Turkish central bank governor Murat Uysal has indeed persisted in his policy of hacking interest rates, even after the 30 per cent plunge in the lira’s currency value against the dollar (lowest of the year). 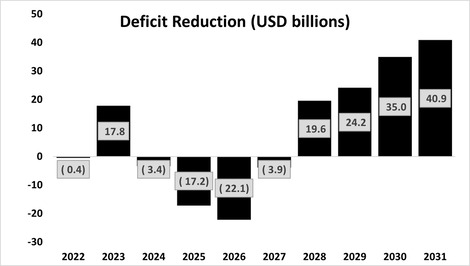 After several weeks of decline in the currency and the record low on Friday, president Erdogan therefore appointed former finance minister Naci Agbal to replace Uysal. This decision has given the country its fourth central bank governor in less than five years. Hence, it seems reasonable that the maneuver could raise criticism about Turkish political inference in monetary policy at the nominally independent central bank.

Although the 52-year-old former bureaucrat Agbal does not have any experience as monetary authority but he has been described as a ‘decent technocrat’ by Timothy Ash, strategist at BlueBay Asset Management. Moreover, he previously worked together with Mehmet Simsek and Ali Babacan, who both delivered years of solid economic growth. Many analysts forecast that despite having to manage pressure from president to support economic growth, he would keep rising rates to defend the lira and pacify investors.

As a matter of fact, Agbal is extremely attentive to the need to restore faith in the lira currency, as exchange rate volatility feeds into inflation and it might be detrimental for Turkish economic growth. While central bank committee led by Uysal gradually tightened monetary policy to stem lira currency’s losses, it often did so without outright hikes to the policy rate, thus alimenting investors’ discontent.  In this way, the lira has continued to fall on concerns over depleted foreign exchange reserves at central bank, negative real interest rates, monetary independence, and also the risk of sanctions from Western world, especially U.S., over Turkish foreign policies.
Conversely, new governor has just announced the biggest interest rate rise in more than two years in the history of Turkish monetary policy, thus signaling a significant change of direction for the country. In order to tame double digit inflation and bolster the lira, the benchmark one-week repo rate has been increased by 4.75 percentage points to 15 percent. The result was immediate: the lira jumped almost 3 percent against the dollar right after the decision. The move was clearly welcomed by investors as a sign that Turkish central bank is trying to go back to a more traditional approach to monetary policy.

In conclusion, Erdogan’s tendency to intervene did not go away for sure, as he is historically known for meddling in the central bank. However, he now realizes the seriousness of the situation with the Turkish economy. The path to an economic recovery for the country is very narrow, especially given the coronavirus crisis and the fact that Mr Erdogan had more than once repeated the exclusion of the possibility to turn to IMF for help.