After nearly a month of rumors about the potential takeover of Twitter, now it seems like the company is left to sort its issues all by itself.

​The gossips around the possible acquisition of Twitter started swirling a long time ago, since the firm continues to lose money. The main factor that influences the level of monetization of the platform is the number and the level of engagement of the monthly active users. In the past six quarters the growth of the user base remains quite disappointing, while the expenses connected to sales, marketing and research and development are considerably high relative to the generated revenue. Taking into account the company’s financials, no wonder its stocks are not doing so well. On the one hand, Twitter can still be an attractive acquisition target, considering the famous brand name, user database and influence in the media. On the other hand, potential bidders should take into account the substantial challenges of turning Twitter around. 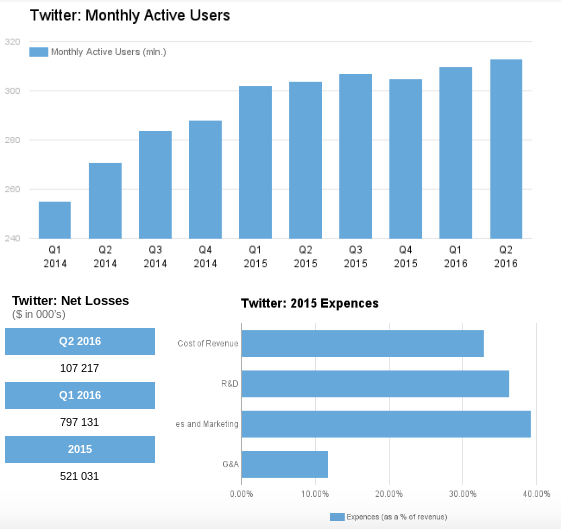 Source: Twitter Q2 2016 Selected Metrics and Financials
​The story around the takeover of Twitter started unwinding on September 23, when the stock price of the company suddenly jumped by 21 percent. The news reports only fueled the situation, saying that Twitter received expressions of interest from several technology and media companies. So, who are these companies and why did they eventually decided to back off. 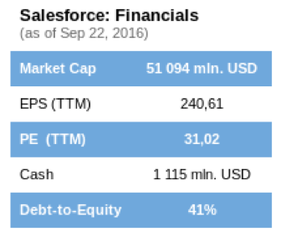 Salesforce provides Customer Relationship Management products that run entirely in the cloud. The platform enables users to track customer information, communications, deals and products, provides customer service software and marketing solutions. Basically, it operates in the business-to-business segment, so why would it want to acquire the consumer oriented company like Twitter?

First reason, which sounds somewhat rational, but turns out to be a bit of an exaggeration, is the access to the Twitter’s customer base. Although the number of users has not been growing recently, over 300 million users are still using Twitter on the regular basis and some of them are using the social platform as a selling and marketing tool. Therefore, the acquisition might provide some technological synergies.

Second possible explanation, perhaps more realistic, although definitely a bad rationale for the takeover decision, is the the fact that Salesforce has recently lost in the bidding war for LinkedIn. Can it be that the CEO of Salesforce, Marc Benioff, was so disappointed with the lost opportunity that now he is just desperately looking for the alternative?

​In any case, the market was definitely not happy about the possible acquisition. As soon as the talks about the deal became public, the Salesforce’s shares went down. So it is safe to say that shareholders were strongly against the deal. Although Salesforce was very active in acquiring other companies this year, the Twitter deal would be much more expensive than previous takeovers and hence impossible without the support of the investors. Luckily, on October 14 Benioff officially rules out the bid, explaining in the interview for the Financial Times that Twitter is “not the right fit for us for many different reasons”, which helped the share price to increase by around 6 percent. Not surprisingly, these were bad news for Twitter, the shares of the company went down by 5.1 percent. 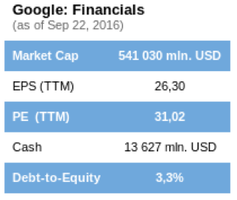 On the contrary to the Salesforce, the acquisition of Twitter is not a problem for Google, at least from the price perspective. Moreover, potential synergies are much easily identified.

According to TechCrunch, if Google acquired Twitter, it would be the combination of the “fastest and slowest types of social media”. In particular, the problem with YouTube is that it is not designed as a platform for frequently updated content, while Twitter is something quite opposite, it is “what’s happening now”. YouTube already attempted to add pace to its content, by launching the YouTube Community tab, which allows users to engage in real time by texting, posting life videos and images. Integration with Twitter could be a way to take the whole thing to the next level. Moreover, Google has been working on the YouTube Connect, the live streaming service, which could profit from integration with Periscope, which belongs to Twitter, in terms of technological infrastructure and user base.

Another reason, why is might make sense for Google to buy Twitter, is the fact that Google has been trying to find its place in the social media sector. However, up to now the attempt is far from successful. Although officially, Google+ is the largest social network in the world, when considering the number of active users it still stays far behind Facebook. The gigantic official number of accounts comes from the fact that every Gmail adress gets a Google+ account, however most of the users never use the social network feature. Despite the fact that Twitter is also struggling with user growth, it still remains a hot brand with over 300 million active users, which may be a helpful for Google to obtain stronger presence in the social network segment.

Finally, a popular rationale for the deal is the access to the real-time data, generated by Twitter, which can be used to enhance the possibilities of the Google AI. However, the problem with this one is that Google already has an agreement with Twitter, according to which it has access to Twitter’s firehose data stream. Unfortunately for Twitter, Alphabet is not planning to make an offer after all. On October 5, the technology news website Recode reported that “those familiar with the deal said that the company was not moving forward with an effort to buy” Twitter. Twitter shares immediately plunged 19 percent. 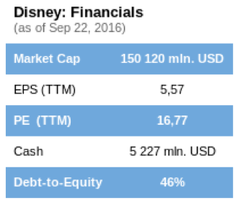 When I think about Disney, the following pops into my mind: Mickey Mouse, Peter Pan, Star Wars, Pirates of the Caribbean. In the last few Disney acquired a huge amount of companies, including Lucasfilm, Marvel, Pixar, Hulu, ABC, The Muppets and now owns the impressive collection of characters that are known and loved all over the world. The most successful purchases in the past few years either helped to add new faces to the character collection or to tell their stories to the consumers. So at first glance, Twitter does not add much in that respect.

The possible explanation might be connected to the fears of Disney that the old media is becoming irrelevant. In particular, investors might be worried about the cord-cutting effect in the core media network segment. Therefore, Disney might be looking for a way to diversify its media business and gain more exposure to the tech industry. In addition, Twitter could be potentially valuable to Disney to develop in the life streaming sector.

However, it seems Disney decided to back off as well. The potential benefits are considerably smaller than the costs. The takeover would have been extremely dilutive for Disney’s shareholders. In addition, it would have been the most expensive purchase for Disney, since before the hopes for the sale of Twitter vanished into the thin air, the company was worth around $16 bln. Moreover, according to Bloomberg, the main factor that influenced the decision was user abuse and harassment on the Twitter platform. Disney likes to position itself as a family-friendly brand and widespread bullying on Twitter could considerably hurt the image. So for now it looks like Zazu from the Lion King will remain the only blue bird that belongs to Disney and Twitter will have to continue on its own.