​US SMEs are struggling to get PPP relief, and fintech isn’t helping either​

After the first lockdowns in the US, the government decided to create a program to help small businesses, which were heavily hit by the quarantine measures.  The program, called Paycheck Protection Program (PPP), was inside the Coronavirus Aid, Relief, and Economic Security (CARES) Act on the 27th March 2020, and it was provided with $349 billion. The program is meant to provide liquidity for up to $10 million for 8 weeks to small businesses through federally guaranteed loans, backed by the Small Business Administration (SBA), with a 1% interest rate. The idea is helping small businesses, as their disruption would have harsh effects on the overall economy, as employment figures show. 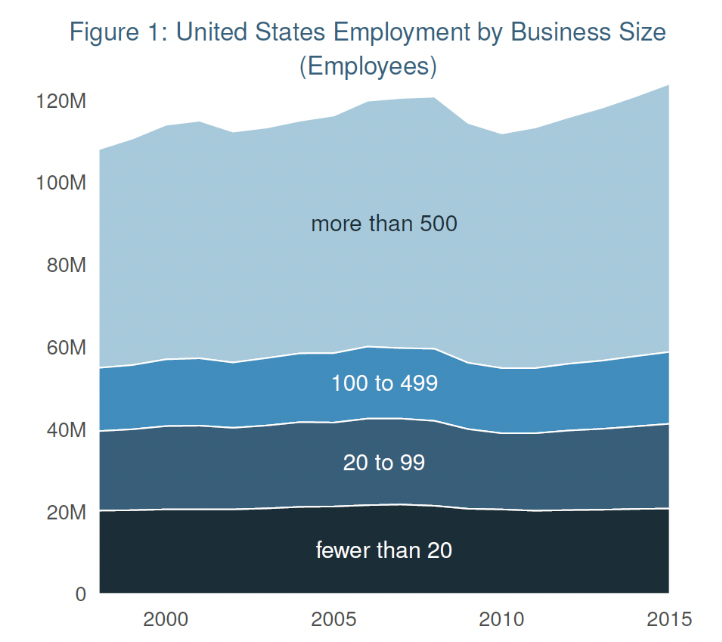 Source: Small Business Profile, US Small Business Administration’s Office of Advocacy
The liquidity is supposed to be spent mostly on wages (75%) and on interest payments, rent, and other expenses (25%). The program is meant for small business with less than 500 employees. However, even companies with more than 500 employees can apply for the program, if they belong to some industries, like hospitality and food services. According to the SBA, the loan will be forgiven if it is used to pay wages and not fire workers. The application happens through the portal of the SBA, and the same Treasury says that applications should be made as soon as possible, due to the funding limitations.
​
According to a recent statement by Steven Mnuchin, the US Treasury secretary, the PPP has already provided relief to more than 1 million small businesses, thus helping more than 30 million workers. Nonetheless, there are some critical aspects, as the PPP has encountered several problems. Firstly, it ran out of cash very quickly, on 16th of April. Therefore, the SBA had to suspend the acceptance and the processing of loans. It took days before the Congress managed to replenish the fund again, thus losing precious time. Now the program has been provided with additional $320 billion; according to the SBA, the agency will resume the processing of applications.

Secondly, the program has been accused of being inefficient in the distribution of resources to small enterprises. Many business owners complain that the money they receive is going to be used for wages and paychecks, but that does not leave much room to pay fixed costs, which for many small businesses represent major expenses. Therefore, even though the PPP brings relief for the problem of wages, it might not be enough to help main street businesses to survive the crisis.

Moreover, even larger companies managed to get access to the program, thus getting resources meant for smaller companies. Most of these large companies are in those industries which are receiving support even though they have more than 500 employees. Companies like Shake Shack decided to give back the money received ($10 million), while others, like Ruth’s Hospitality Group or Cameron Mitchell Restaurants LLC, decided to keep the funds received despite being large companies, claiming that they need the liquidity provided in order to pay their workers. In the case of Ruth’s Hospitality Group, the company managed to get assistance from the PPP through one of its subsidiaries, thus obtaining $20 million.

Thirdly, the fintech industry, crucial for many small businesses, was not being able to be a proper channel of transmission of funds from the PPP. This is a burning issue, as recently fintech has become a major source of financing for small businesses, especially those considered too risky for big banks. 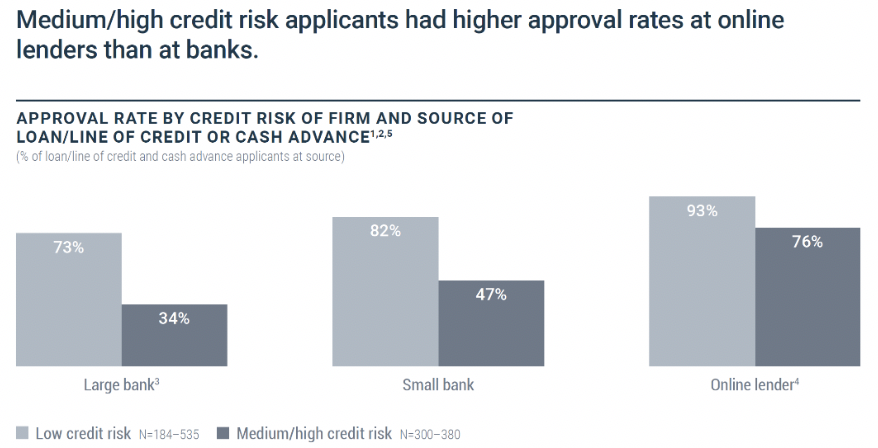 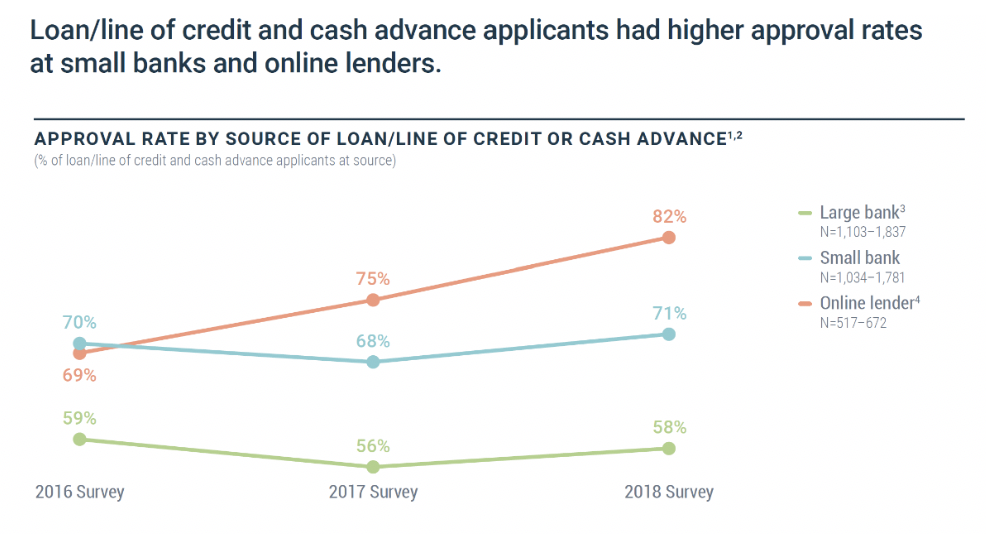 ​Source: Small Business Credit Survey, Federal Reserve.
Why did this happen? Is this going to be a signal for small businesses that fintech cannot be an efficient substitute for classic banking?
The fintech industry suffered, especially at the beginning of the program. Indeed, the PPP excluded no-bank lenders, like many fintech companies, and many neo-banks got the authorization to accept applications and proceed loans only on 9th April, when almost half of funds were already gone. Considering the “first come, first served” nature of the program, it was quite a disadvantage for the fintech industry.

Furthermore, banks have been faster in processing applications, thus being able to provide their clients with the PPP loans in a short amount of time. This happened because the SBA portal for the application of loans, E-Tran, does not work with automatized procedures, and it has to be filled manually. While the SBA claims that the agency is working on providing a better platform, it was a further obstacle for fintech companies, which work more with automation and with fewer people. On the other hand, banks (especially big banks) have scaled up their capacity of processing applications by placing more employees to work on that matter, thus managing the process in a faster way.

In addition, many companies that rely on fintech choose that option because they are rejected by classic banks, as data shows. Conversely, companies that file applications through banks often already have other procedures opened in the same institutions, which allows for faster proceedings of loan applications, as banks already have the majority of data and information needed.

Finally, the funding of these loans is another relevant problem for fintech companies. Indeed, banks can fund the loans through deposits or they can use loans as a collateral to borrow from the FED, while neo-banks do not have those options. Usually, neo-banks rely on external investors, often investment managers, to obtain funding for loans they make to companies. However, the interest rate offered by the PPP (1%) is too low to attract investors, thus adding a further difficulty for neo-banks.

Considering all these elements, it is clear that neo-banks had several troubles and could not assist their clients in the best way. This partially resulted in a slow channeling of funds to the consistent part of SMEs that relies on them. It seems that the elements that were the real competitive advantage of fintech were also the cause of the inability of these companies to cope with this new situation. We can mention the lower number of employees, relying on more automation, and others. Is this going to be a signal for companies that fintech is not a real alternative to classic banking? Like many other industries, even fintech might be subject to some important changes in the aftermath of the crisis.