​Walmart vs Amazon – The battle continues in the digital realm

Walmart has been fighting a continuous battle against its main rival, Amazon. This year, the company’s CEO Doug McMillon has addressed the huge competitive threat caused by Amazon as well as by other online shopping companies stepping up innovation and revolutionizing the company. According to him, the world’s largest retailer “unintentionally” became risk averse and, therefore, at present is trying to take on more risk and to reimagine its business.

As a matter of fact, it first expanded in the Indian market with the acquisition in May 2018 of India’s e-commerce Flipkart and its now turning to the digital realm in order to further gain market share. "We are expanding our entertainment ecosystem", the executive in charge of Walmart's entertainment system McCall said. The news arrived the 11th of October when Walmart announced a joint venture with the New York start-up Eko and a partnership with MGM (Metro Goldwyn Mayer).
​
Though, the company has no intention of becoming a player in the production area. The primary purpose of this move is to use digital content to fuel a deeper level of engagement with its customer base.  With its investment of $250 million in Eko, Walmart seeks to exploit the focus that the start-up has on interactive storytelling in both entertainment and advertising. The idea is to create TV shows, such as cooking shows for instance, in which viewers can buy the ingredients as they watch or TV series in which viewers can decide what happens to the characters as the content unfolds. 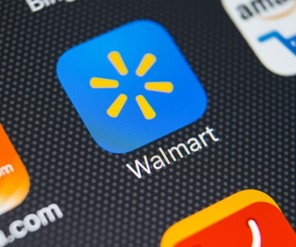 Source: CNN.com
What’s in it for Walmart?

For each choice they make, the firm could gain insights on its customers better, especially on their preferences and attitudes.
The deal with Eko followed the recent partnership with the movie studio Metro Goldwyn Mayer, made to create original content for its already existing streaming service Vudu. The latter was bought in 2010, when Netflix was still very small and Amazon was starting to invest in original content for Amazon Prime. Nonetheless, Vudu remained stagnant and did not develop in the same way Netflix and Amazon Prime did.

The platform, supported by ads, is currently free of charge. However, this summer, The Wall Street Journal reported that Walmart was planning on charging its own subscription fee to compete with the two giants. The news was criticized by John Espielen, senior advisor at the media research company The Diffusion Group, who affirmed it would be against the common image that people have of Walmart of “Everyday Low Prices” and, therefore, it would be better if Vudu continued to be for free. On the other hand, in the case in which Walmart could charge a cheap price for the service, this would be a good strategy stealing a lot of traffic from Netflix and Amazon Prime.

Whether this plan will be implemented is still controversial. Indeed, the 15th of October Bloomberg report stated that the retailer is approaching multiple media companies to sell their services through an online store, an approach similar to the one used by Amazon with its store Channels. This way, Vudu customers will continue to use the platform free of charge while having also the possibility to pay for additional services like HBO now or others.

Walmart is also thinking of leveraging Vudu for marketing in the sense that ads are supposed to appear on the screen while customers are watching. However, the show won’t be interrupted as clicking the ad will only prompt an email containing more information. This is another way for Walmart to collect customer data that will allow to send targeted advertisements.

While some still claim that it is both nonsense and too late for Walmart to invest in the entertainment industry, others believe the company’s investment in streaming could actually pay off driving more store traffic from Vudu customers.
​
Who is right?