​Wells Fargo - The scandal-hit US Bank

Wells Fargo, US’s third-biggest bank by assets, has been in the eye of the storm for quite a long time now. Indeed, since the beginning of September 2016, the bank was hit by several scandals concerning the cross-selling of products without customers’ knowledge, such as the opening of bank and credit card accounts first and loan abuses nowadays. Therefore, on April 20, the bank has agreed on a $1 billion settlement, amount far higher than the one incurred in 2016 ($185 millions) and considered to be one of the most severe punishments since Trump’s election.

The trigger of the wrongdoings is deemed to be the disturbing Sales Culture. Workers describe their experiences at Wells Fargo comparing it to an abusive relationship. Employees were expected to cross-sell a ridiculously high number of products, going from 8 to 20 per day (in January), while managers were putting a lot of pressure to make them deliver, observing and criticizing their customers’ interactions. Thus, to meet unrealistic sales goals, workers were forced to use unethical practices, mainly directed towards elderly, college students and immigrants who spoke little English.

For instance, from 2006 to 2015, Wells Fargo’s staff opened more than 2 million deposit and credit card accounts across the country and funded them by moving money that belonged to customers, all without their consent. Staff faked email addresses in order to create accounts and “even went as far as to create PIN numbers for customers without telling them”. As a result, during that period, Wells Fargo expanded the number of products sold and bank stock rose by 67 percent. 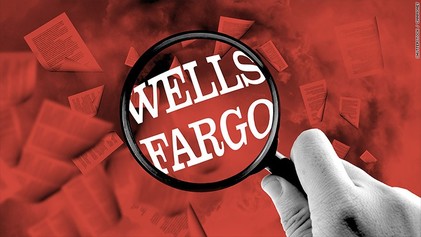 However, in 2016, illegal proceedings were discovered and this led to a massive $185 million settlement package. In addition, the bank had to pay refunds to customers who were charged fees resulting from unauthorized accounts and about 5,300 employees were fired. Afterwards, the bank announced an immediate lowering of sales goals and their intention to fix and restore customers’ trust. As a matter of fact, Wells Fargo stated that it has worked to structure employee’s incentive around customer satisfaction and that other workers were hired with the duty of monitoring sales’ staff.

Due to the appearance of fraud on customers’ accounts, the bank was also required to investigate on potential criminal activity so that, if the customer was innocent, the bank would help him recover the costs. Otherwise, if the customer had engaged in illicit activities, such as money laundering or fraud, the bank would report the issue to law enforcement.
Though, Wells Fargo, instead of doing so and fixing customers’ problems, minimized its costs shutting down their accounts. In fact, consumers, after having alerted the bank of suspicious activities such as fake checks, have found their accounts terminated with little warning.

In August 2017, another scandal was disclosed. The bank was accused of over mis-selling car insurance and mortgage fees. Wells Fargo admitted that unwanted auto insurance were sold, that, in some cases, led to customers’ cars being repossessed because of funds’ insufficiency. Moreover, unnecessary fees were charged to thousands of customers to lock in their interest rates on their home mortgages. Therefore, the Consumer Financial Protection Bureau (CFPB) and the Office of the Comptroller of the Currency (OCC), in April, both imposed a penalty of $500m, on the US bank. As part of the settlement, Wells Fargo will also pay back affected customers and will be prevented from expanding its $2tn balance sheet.

Recent news is that Wells Fargo’s shareholders, as well as GE’s, want to end the long-lasting relationship with KPMG’s audits. Questions about the quality of its audits were raised due to firm’s failures to spot the problems at the bank. KPMG, though, states that its reviews of Wells Fargo financial statements “were appropriately planned and performed in accordance with applicable professional standards”. The bank is not interested in ending the historic audit relationship with KPMG, claiming that it is in the best interest of the bank and its shareholders. In brief, Wells Fargo again promised to strengthen its culture and fix these problems but will the $1 billion settlement be a high enough price for the bank to make a stop to their widespread customer abuses?