What might an 8% fall in its stock price mean for Coca-Cola stakeholders?

Late 2018, Coca-Cola announced that the macroeconomic growth available in 2019 is expected to be weaker than in 2018 (only 4%), a notable outlier given its usual annual growth rate of 5-10%. Even Coca-Cola’s CEO James Quincey, feels that this year will “be more volatile and uncertain than 2018”. Yet, what could have possibly led to this disappointing growth outlook? An obvious frontrunner is the political uncertainty arising from Brexit and the trade war between China and the US, however, the strong dollar as well as the global economic slowdown are further contributors.

Uncertainty about whether current negotiations between the UK and the EU will lead to a no deal Brexit poses a threat to large corporations; a no deal Brexit would in fact negatively interfere with their supply chains as well as their distribution capabilities. More importantly, the ongoing trade war between the US and China is producing lasting ambiguity. As previous tariff impositions have had negative impacts on business operations, US and Chinese negotiators aim to find common ground before the US government intends to raise tariffs on Chinese goods at the beginning of March, in an attempt to diminish uncertainty for large corporations operating on international grounds. 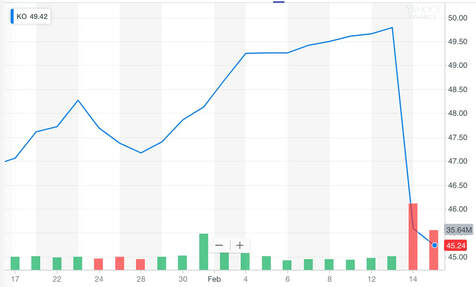 Figure 1. Source: https://finance.yahoo.com/quote/KO?p=KO
The numbers might suggest that such high levels of uncertainty have taken a toll on demand for Coca-Cola’s goods; sales fell by 6% in the last three quarters of 2018, and declined by 10% overall for the entire year. Whilst this may have been a factor, Coca-Cola’s management argues that the fall in sales was largely due to the strong dollar, but also resulted from the costs associated with the refranchising of its bottling system. In fact, it faced the increase in prices during the summer months, spilled over onto consumers, leading to an overall fall in demand across the US; industries like the beverage industry, which are characterized by price-sensitive customers, were faced with the highest burdens. Thus, it should come to no huge surprise, that sales volumes lessened and Coca-Cola’s growth prospects were lower than usual for 2019. It is also important to note that changes in consumer preferences have further engendered waning sales volumes for Coca-Cola’s more traditional beverages. A gradual increase in health awareness across North America has in fact led to a decline in demand for sugary beverages in recent months.

Given that Coca-Cola’s sales were inflicted by the strong dollar and the health awareness trend, a new strategy was necessary. And indeed, Coca-Cola is currently undergoing a dramatic transition; it is not only expanding its product line but also diversifying its product mix.

In an attempt to counter falling sales, Coca-Cola is increasingly expanding its offerings, focusing on lower-calorie and lower-sugar drinks. In this way, the firm hopes to hold onto its long-term customers as well as attract new ones. Recently, Coca-Cola introduced a new flavour, Orange Vanilla, which is aimed at customers who are consistently looking for ‘something new’; in this way Coca-Cola is trying to withhold customers from switching to other beverage companies that are offered more varied products. Taking a closer look at sales, Coca Cola Zero Sugar actually saw its highest ever yearly sales volume last year. This healthier beverage option goes in line with recent changes in consumer preferences and so inevitably was a winner amongst consumers, which ultimately pushed the growth of the company. In 2018, Coca-Cola also invested into an energy drink company, BodyArmor, and is even talking about launching its own energy drink in the near future. With the recent acquisition of Costa Coffee, Coca-Cola also guaranteed its entrance it’s a new segment of the beverage industry. All these attempts, clearly illustrate that Coca-Cola has easily been able to adjust to current market conditions; by continuing to drive their strategy in full force, Coca-Cola is able to produce positive results in 2019 despite a global economic slowdown.

Coca-Cola headed into the year with a well-developed, long-term strategy so, regardless of increased political uncertainty paired with a strong dollar and changing consumer preferences, the firm has been able to diversify and enter different sectors within its industry, in turn ensuring promising future prospects. Coca-Cola’s lower-than-usual expected growth rate for 2019 is caused by various external factors, which all boil down to one thing: a global economic slowdown.  We must consider that this is roughly affecting large beverage companies to the same extent and so, given its combination of effective marketing, good brands and efficient innovation, Coca-Coca will remain a strong player in its market. Once the world economy will have surpassed this mild recession, Coca-Cola can expect its usual growth rates once again.