Why the global pandemic calls for diversification

Stepping into April, we are now in a global state of emergency amid the COVID-19 pandemic. It has been three whole months since the outbreak of the virus and the global economy has already been hit very hard. The United States, which seems to be the most infected nation with the death toll projected to surpass 200,000 deaths, has already seen its economy collapse with over 3.3 and 6.6 million people claiming unemployment insurance during the last two weeks of March. It is worth noting that during the 2008 financial crisis this number never surpassed 650,000 claims. 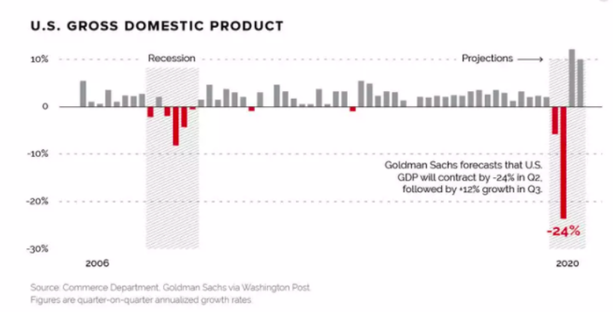 ​Looking at China, where the virus originated, we saw 5 million people lose their jobs as small businesses closed and big factories had to suspend production. China being the biggest exporter in the world, contributing around 13% of total exports, has affected MNCs as supply chains have been cut. Some of the companies affected include Apple Inc. and Under Armour. The virus has hit the retail industry both in the supply and the demand side. Even the companies whose demand has increased, such as Amazon, fail to meet it due to health protection measures slowing down productivity.

Taking a look at the stock markets we see that Dow Jones has fallen over 36% from the 20th of February until the 20th of March which was a record low. A similar fall is observed in the NYSE composite during the same time interval. Looking into specific companies we see that airlines, which have grounded their fleet, are taking the biggest hit and that’s why the US government dedicated $32 billion to the airline industry. The effect of the shut down of so many industries and especially the airline industry, which used to provide 188,901 flights per day on average during 2019, has had a huge effect on the price of oil as we can see in the WTI Crude and the OPEC basket indexes which experienced a 68% and 72% fall accordingly from the beginning of the 2020 until the end of March.

Some other sectors which have essentially collapsed due to this pandemic are tourism, the show business, freelancers, gambling, retail, shipping, tech, automakers, and transportation. Since these sectors are hit, others are consequently affected too, such as construction since many companies cut back on capital investment and infrastructure.

In order to see how businesses, investors and even the governments can mitigate the effects of such crises it might be helpful to take a look at the few sectors which are not affected or even emerging due to this pandemic. The main ones being e-commerce, streaming services, communication infrastructure software providers, digital gaming, online education, cybersecurity, healthcare and biotechnology. Those being said investing in those sectors is a good portfolio risk balancing mechanism as well as for states whose economy depend on a sole product, for example Saudi Arabia whose exports consist mineral fuels, mainly oil whose price has plummeted, by 78.6% (in 2018).

With the world being increasingly interconnected due to technology, transportation and trade, a national emergency can easily turn into global crisis. Therefore, the likelihood of a global crisis occurring rises and governments should take into consideration how to keep their economies active during these crises, investors should be able to see which sectors are most likely to benefit in the event of a crisis and businesses should learn how to adapt production in crisis conditions. Perhaps the answer to most of these tasks lies in diversification.