You think WhatsApp is great? Get to see what Google’s “Allo” is about!​

Just when you might have taught that the battle for messaging apps was over, with Facebook’s being crowned the clear winner, Alphabet Inc. launched today its last offense, named Allo. The company from Mountain View claims that “messaging is not a solved problem”. To the contrary, they expect a “paradigm shift” caused by the rise of Artificial Intelligence that will open opportunities for new entrants, overcoming the barriers to entry that the large user base of services as WhatsApp or Facebook Messenger impose. Due to its rock-solid establishment in search and mail services, Google should have brought its the lead also in mobile messaging, however previous attempts as GTalk, Google Chat and Hangouts have failed to even closely match the 1bn user base that WhatsApp and Facebook messenger respectively have. 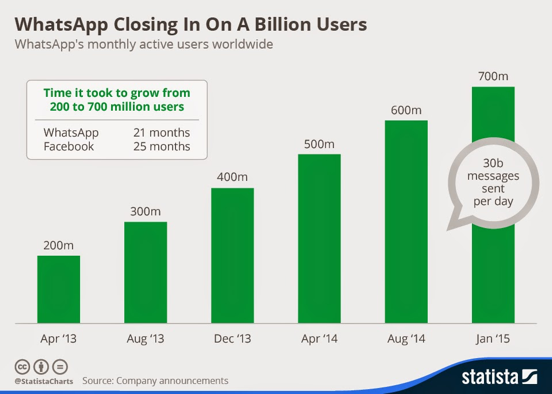 However, Allo is believed by many to represent a turning point: it leverages on two different but integrated pillars to revolutionize the way people communicate: the “smart reply” and the “intelligent assistance”. As for the first, Allo employs Artificial Intelligence to analyse the messages received and consequently automatically suggest responses that users might want to send, listing options that are dispatched with a single tap. So, if you receive an “are you on the way?” message, you might slide among a set of answers ranging from a “yes” to a “be there in 10”. Allo makes one further step, leveraging image recognition from Google’s Photos service, providing smart replies when receiving images of holiday or food pictures, suggesting responses such as “what a view!” or “so jealous of you” when appropriate.

The stronger case for a shift from mainstream messaging apps to Allo is made however by the implementation of a virtual assistant in Google’s new app. For instance, through text analysis such assistant will be able to search for nearby restaurants if it senses humans are discussing food, or suggesting a shoe repair shop if you say you broke yours. The basis innovation behind this tool lies in the possibility to take many actions without exiting from Allo, completing tasks while interacting with Google’s assistant. This is the first time Google has offered a search function that two people can use at the same time. “Too often - says Nick Fox, head of Google communications product – we need to interrupt conversations to do other things, as checking the weather when making plans or finding online a new pizzeria. Then, we created a messaging app that keeps conversations going by suggesting answers wherever you are and giving you the information you need”. You can also have one-on-one conversations with Google’s Assistant, asking for restaurant recommendations, navigation instructions or even to complete actions on Android. Furthermore, those interactions can also be made in group chat, by dragging the Google Assistant into the conversation for instant recommendations or information. If that was not enough, the AI tool will learn and give more tailored and precise information the more you use it.
​
Allo’s success will ultimately be determined by whether its intelligent assistant actually solves problems, and most importantly, by the degree with which people will like it.  The app also comes with a set of emojis, stickers, and ways to manipulate text size similar to those used in snapchat, allowing users to “whisper” or to “scream” something through scaling up or down the font. Will these features be valued enough by users to switch from the long established messaging apps? When evaluating the chances of success, one should berry in mind the these services depend on network economies, meaning that these apps increase their value the more people use them. Fox however points to Google’s history of entering late in markets only to subsequently overtake incumbents. Gmail and Google Chrome being two of the most clear-cut examples of such pattern. Fox says that when entering a new market, google directors ask themselves “Is the space really important, is there room for innovation, and do we think Google can do things that are uniquely better for the user?”. Allo suggests that their answer for messaging apps is clearly “yes, yes, and yes.”